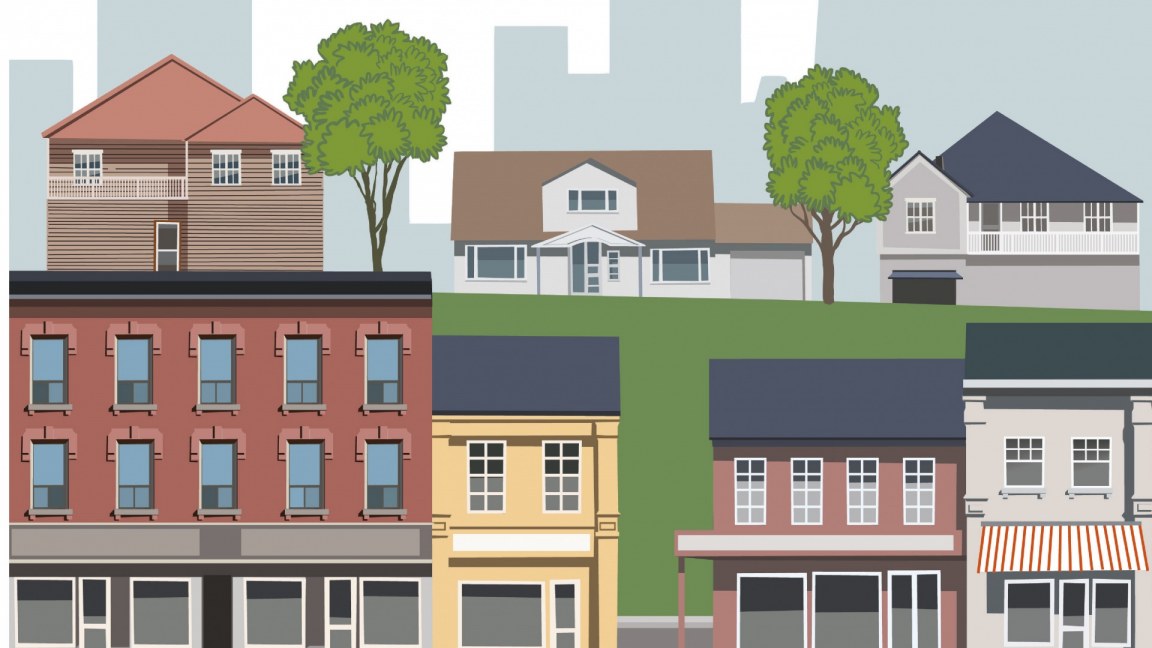 Ben Derbyshire writes, 'Should Architects care what the public think?"

Some in my profession believe that the fault in arguments over architectural traditions lies among our clients and the public who need to be educated to like what we do. I do not share that view. While better understanding between the public and professions is undeniably helpful, there are other issues at stake.

I want to focus on one particular aspect that I think is often overlooked: the importance of listening to the public when it comes to how we work.

Alongside my role as President of the Royal Institute of British Architects (RIBA), I chair the housing design practice I first joined in 1973. We celebrate our 50th anniversary next year as a business which has changed in size and in our clientele over that period. We were weaned on a workload of homes for private clients. But by the early Eighties, with our work for local authorities and community groups, we had become known as leading ‘Community Architects’. One aspect remains unchanged – the urge to meet the needs and aspirations of our customers, individual or collective, was established as the DNA of our business from the beginning. And as president of the RIBA, I bring this perspective to the profession as a whole.

Some of the techniques of stakeholder engagement we helped to pioneer have since become accepted practice. Despite this, external factors such as the financial crisis, the austerity-driven withdrawal of public subsidy from housing development and the increasing reliance upon the major speculative homebuilders have conspired to ensure that the public are still bystanders, by and large, in the creation of the built environment. This disengagement from the views and preferences of the public points to a bigger problem: true public engagement requires investment of resources. What passes for meaningful engagement is often no more than vacuous advertising.

But we do have the resources to do it properly and for success we must invest them. After all, developers and estate agents are about as popular with the general public as journalists and politicians. But this enmity has done little to stop them reaping substantial rewards from their work. In contrast, while we profess our admiration for their work, when was the last time you saw a nurse, care worker or member of the armed forces storm off camera after taking umbrage at questions about a £75 million bonus that came in large part from a demand-side government subsidy aimed at helping make housing more affordable?

The market dominance of a small number of large housebuilders has made it difficult to bring a consumer influence to bear. The housebuilders have a refined business model honed to deliver shareholder profit and a supportive policy context. Given a captive market and the ability to pocket a legally protected 20 per cent return on investment, many developers have little or no incentive to consider the aspirations of their customers at all thoroughly: people are going to make do with whatever they can get their hands on. They are driven by necessity rather than choice. As the Letwin Review identified, this is a business model based upon the efficient (and very lucrative) exploitation of a very limited market segment – giving rise to the prevalence of a product which the political zeitgeist now challenges on the basis of its ubiquity. Whatever your personal tastes, it should be depressing to all that a vanishingly small percentage (probably less than 1 in 10) of new homes ever sees the inside of an architectural studio. So, if we want something different, we must create a new context capable of delivering places that people want. We need to show people that better new homes are possible and how good design can make their lives easier and more enjoyable. Unless and until we succeed in this, communities will understandably continue to resist new neighbours in new development.

At the Royal Institute of British Architects (RIBA), we recently published Ten Characteristics of Places People Want to Live. The report draws on the experience of architects across the country and sets out the essential ingredients of success: mixed uses, local identity, a verdant setting, variety of scale and density as well as product and tenure, thoughtful composition, homely detail, care for sustainability and so on. These attributes are simply not deliverable without listening to the people who live in, work in or visit an area. They are also much less likely to come together in the costdriven standardised processes we have today in which dwellings are laid out individually, without meaningful relationship to one another, in a process aptly referred to as ‘plotting’. This may maximise profits, but it fails completely to imbue the enduring sense of place that provides a community with lasting value.

Most of the case studies we have chosen in our report might well be described as having classic but often contemporary good looks. Some are designed in historic styles but here I do want to get across that references to the past are by no means a guarantee of success, in our view, unless the thoroughgoing principles set out above are also adhered to. At RIBA we have done research into the qualities of individual homes that lead to a consumer preference for the ‘traditional’. The answer lies in a generosity of space, high ceilings, windows that flood principal rooms with light and detail that adds character. None of these characteristics are unavailable to modern designers and builders, as our exemplars show. We support Oliver Letwin’s prescription for curing the meanness that accompanies much speculative housebuilding, in particular speculation that drives inflated land values and the cost driven race for the bottom that results.

So what would we do to create a system that helps us build more of the types of home that people want?

Firstly, more care and concern for design. In addition to our call for skilled designers to be involved with planning and layout, it is clear to us that the homes people want make ingenious use of internal space, include fenestration that floods space with light and afford considered aspect and prospect when viewed from within. Real design skill is required to make the best of these qualities within finite resources.

Secondly, we need to look at how we assign value to housing. Consumers are let down because our system of valuation. The ‘red book’ of the Royal Institution of Chartered Surveyors (RICS), takes no account of the very qualities that purchasers want and which often lead them to resort to the second hand market in order to obtain. As long as the qualities that the buying public want are not valued by the industry and its surveyors, it is hard for designers to justify the features that satisfy them.

Next, we simply must provide consumers with better information about the homes they are buying. It has been said that less is made known to purchasers of new homes than is available on the side of their breakfast cereal packet. So those of us who care about delivering what the public wants have been working on research to arrive at a reliable and representative system of home performance labelling. Until we can deliver on the promise of such a system, we will continue to lack the available measures enabling consumers to make the informed choices available to them in just about every other market place.

Our politicians also need to examine the policy decisions we’ve implemented in recent years that are presented to those who want to do better with Hobson’s Choice. In a market where a developer can thrive without much incentive to consider real popular preferences in any depth, the choice for my profession is too often between lowering standards to levels we feel are not acceptable, or simply not working. A prime example of the mess we have created is the decision to allow office buildings to be converted into homes without any quality or suitability safeguards. A policy aimed at converting empty offices and revitalising high streets has instead driven the exploitation of some of the most vulnerable in our society. Across England, we’ve seen tired old offices haphazardly converted into tiny flats aimed at those with few other options: either move your family into a 13 square metre studio apartment next to a busy and polluted road in a block with no insulation and communal space or don’t have a home.

In the meantime, there are other measures we can implement to ensure that the public gets what it wants with greater reliability – improving the essential degree of trust in the benefit of new development. Designers and developers should routinely collaborate on post-occupancy evaluation. By the end of my term as president of RIBA there will be a straightforward service-offering that all architects will be able to include in client appointments to obtain consumer feedback. The building industry as a whole is stuck in the dark ages: unable to accurately assess mistakes let alone learn from them. I will make the case that this should be offered as part of the normal service. So, yes; it’s not just architects, but the whole industry who should work together to deliver what the public wants. But we also need politicians and policy makers to be more realistic about the potential for abuse and unintended consequences of new legislation that make this harder to do.