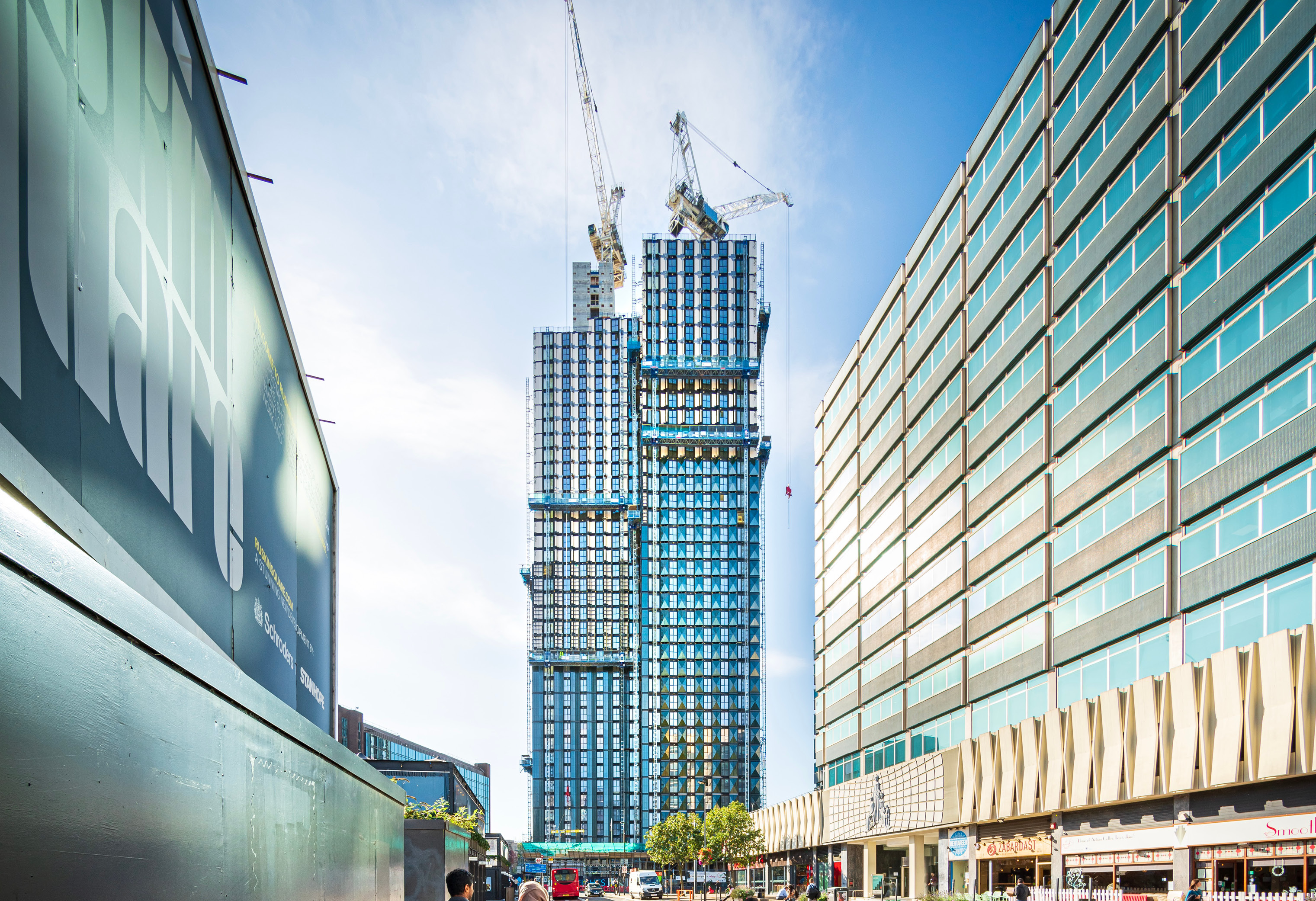 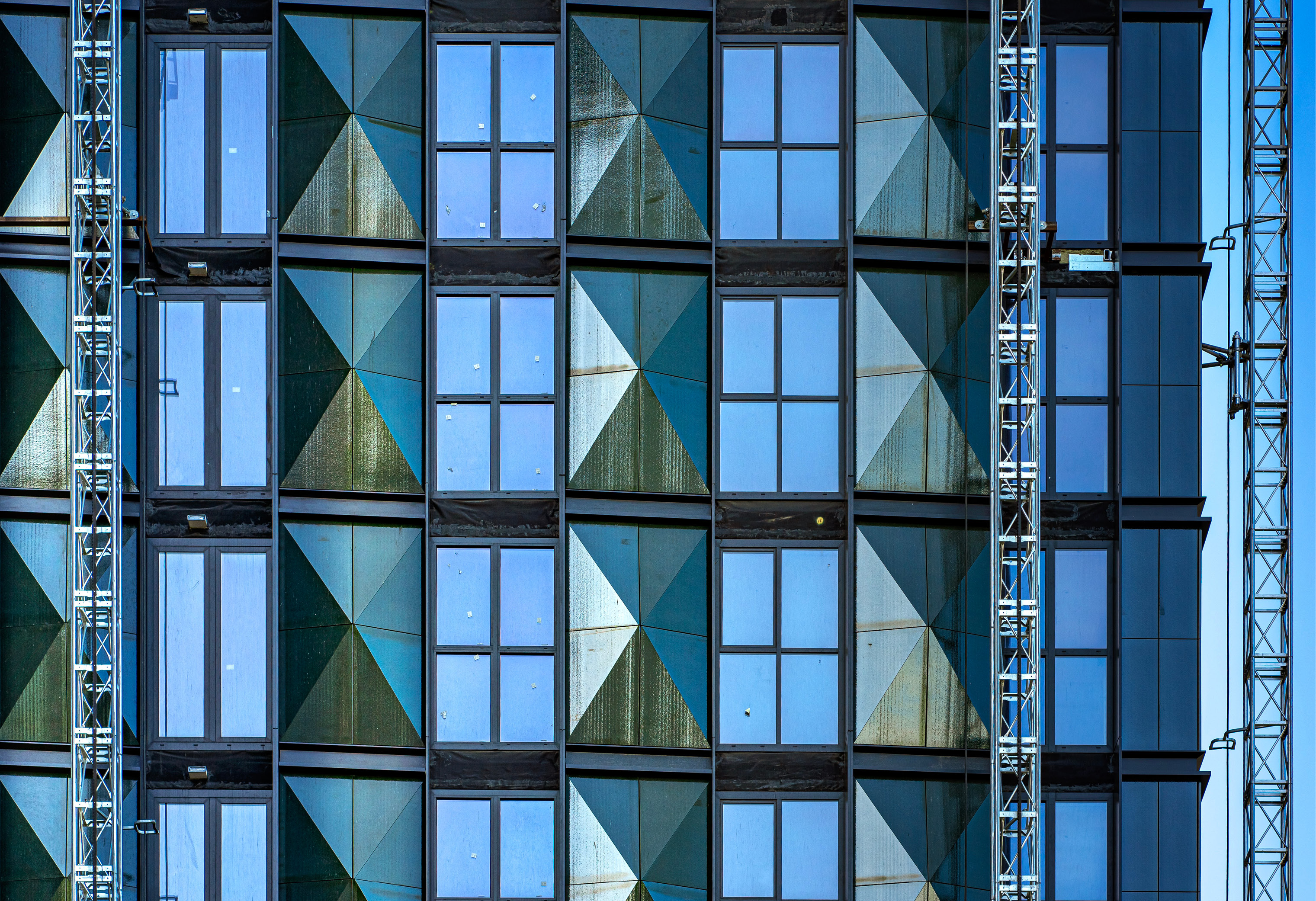 The last module has arrived to complete the world’s tallest modular residential building in south London. The 44-storey tower will deliver 546 rental properties, and took just 35 weeks to complete – half the time it would take using traditional methods.

Developer Tide Construction, which is developing the project on behalf of Henderson Park and Greystar, last week craned into place the last of 1,526 modules which have been assembled on site in Croydon to create two towers measuring 44-storeys and 38-storeys.

John Fleming, Chairman of Tide Construction and Vision Modular Systems, said: “While we’re proud to have delivered the world’s tallest modular tower, this isn’t about breaking records, but finding innovative ways to build better, sustainable homes, more quickly. There is a critical window for the planning system to encourage more factory-built homes. Using a production line can offer far greater certainty around quality and cost. What we, as developers, need is far greater certainty from the planning system itself – ideally with a presumption in favour of consent where a scheme meets the main demands around size and use.”

The 136m scheme – equivalent to the London Eye – will house 546 ‘Build to Rent’ homes that will be managed by Greystar. By manufacturing the buildings inside a controlled factory environment, together Tide and Vision Modular Systems, Tide’s offsite manufacturing company, will complete the project in just over two years – half the time it would have taken using traditional methods of construction.

Vision Modular Systems’ factory, in Bedford, just outside of London, manufactures apartments on a production line, assembling fully completed modules. The modules are fully completed internally – including kitchens and bathrooms – and are then transported to site. All of the apartments that roll off the production line are fully certified and accredited, backed by the UK’s leading certification bodies, to ensure that every home is fundable, mortgageable and insurable.

Christy Hayes, CEO of Tide Construction, said: “Construction of the towers began in February 2018 after planning consent was gained back in November 2017. From there, the 1,526 modules were stacked on top of a concrete podium linking both towers at ground floor level. Once the concrete cores of the two towers were complete, Vision Modular Systems’ pre-fitted, pre-plumbed and pre-wired modules began arriving on site.

“We successfully installed the last module in just 35 weeks – 3 weeks ahead of an already tight schedule – after the first was craned into place. As we reach this exciting milestone, already 80% of the glazed terracotta façade has also been completed.”

Simon Bayliss, Managing Partner at HTA Design LLP, said: “What Tide and HTA have achieved at 101 George Street is a perfect example of what modular construction can do to deliver housing at speed, without compromising on architectural quality. Modular housing is set to play a major part in addressing the UK’s housing shortfall but cannot do so without a concerted effort to reform the planning system.

“The current planning process doesn’t provide the certainty and stability required to scale up modular construction. If we are to take the industry into a new age of digitisation and innovation, central and local government must bring planning into the 21st century.”

Mark Allnutt, Senior Managing Director at Greystar Europe, added: “Croydon is emerging as an economically-vibrant and culturally dynamic centre and it’s going to need high-quality rental homes to support this stellar growth. 101 George Street, as well as claiming the title ‘tallest modular tower in the world’, will set a new standard for rental accommodation in south London, with fantastic facilities for residents as well as civic space for the local community.”

HTA receive a successful resident ballot at Calverley Close, with a 80% turn out and 60% voting in favour