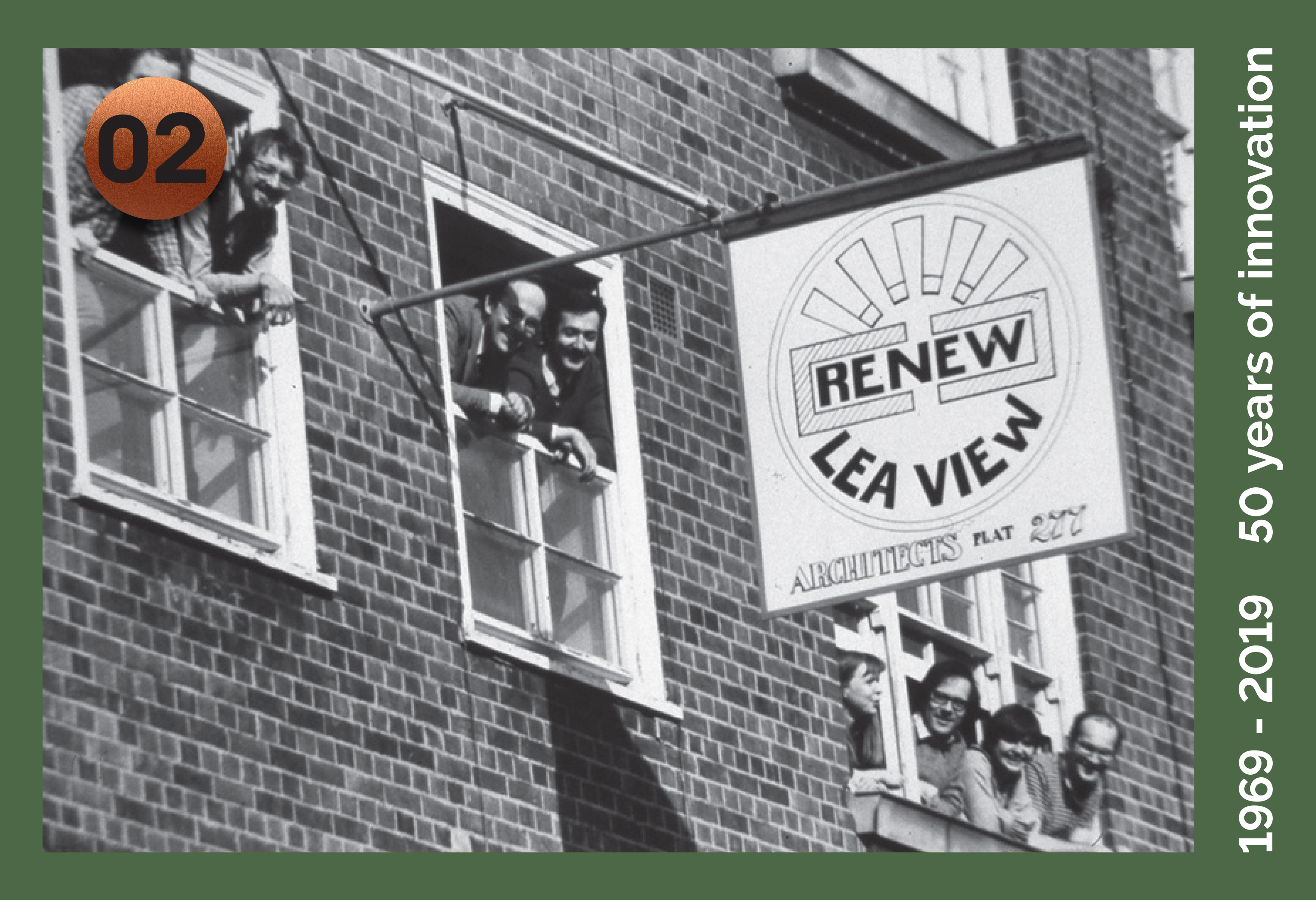 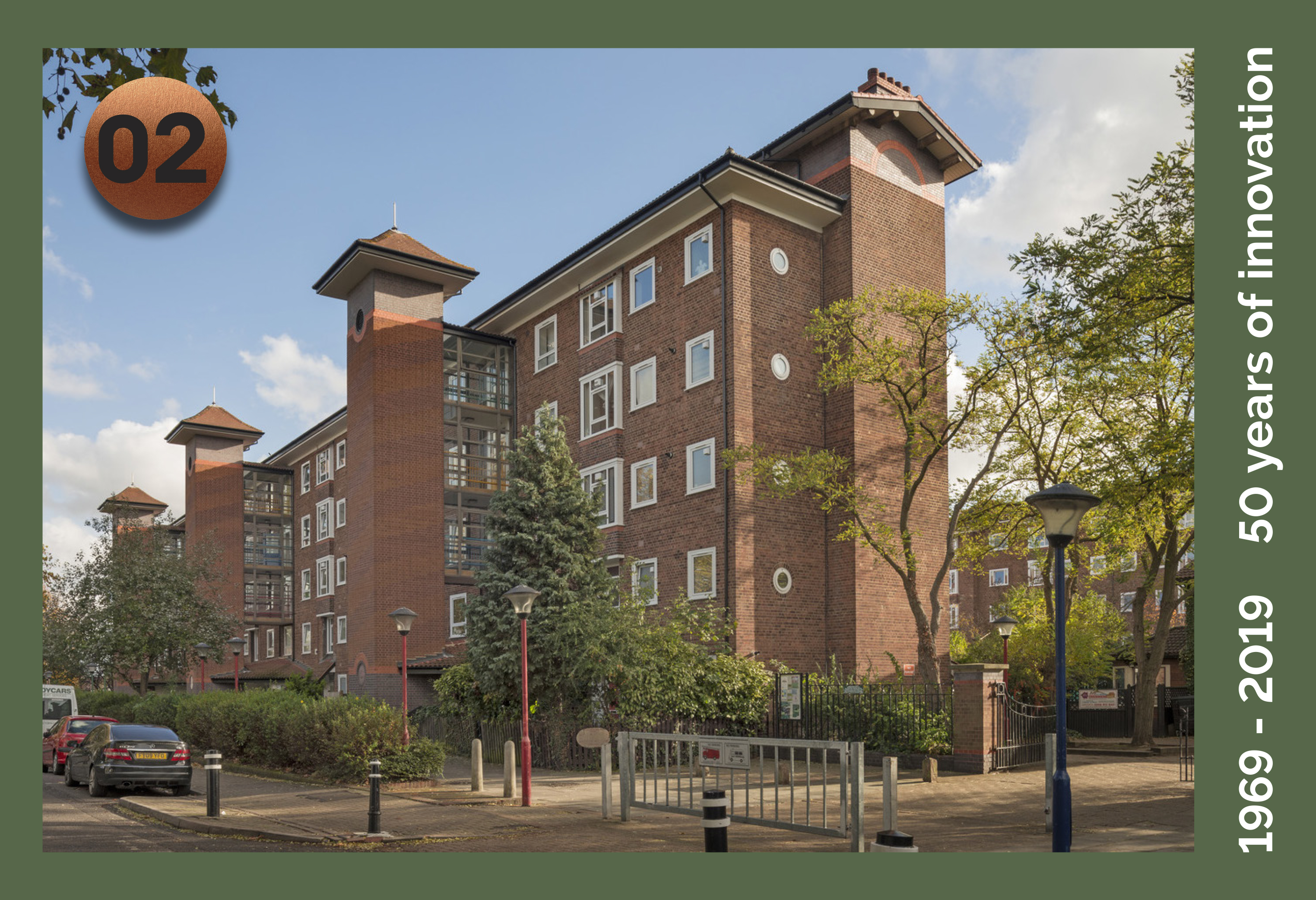 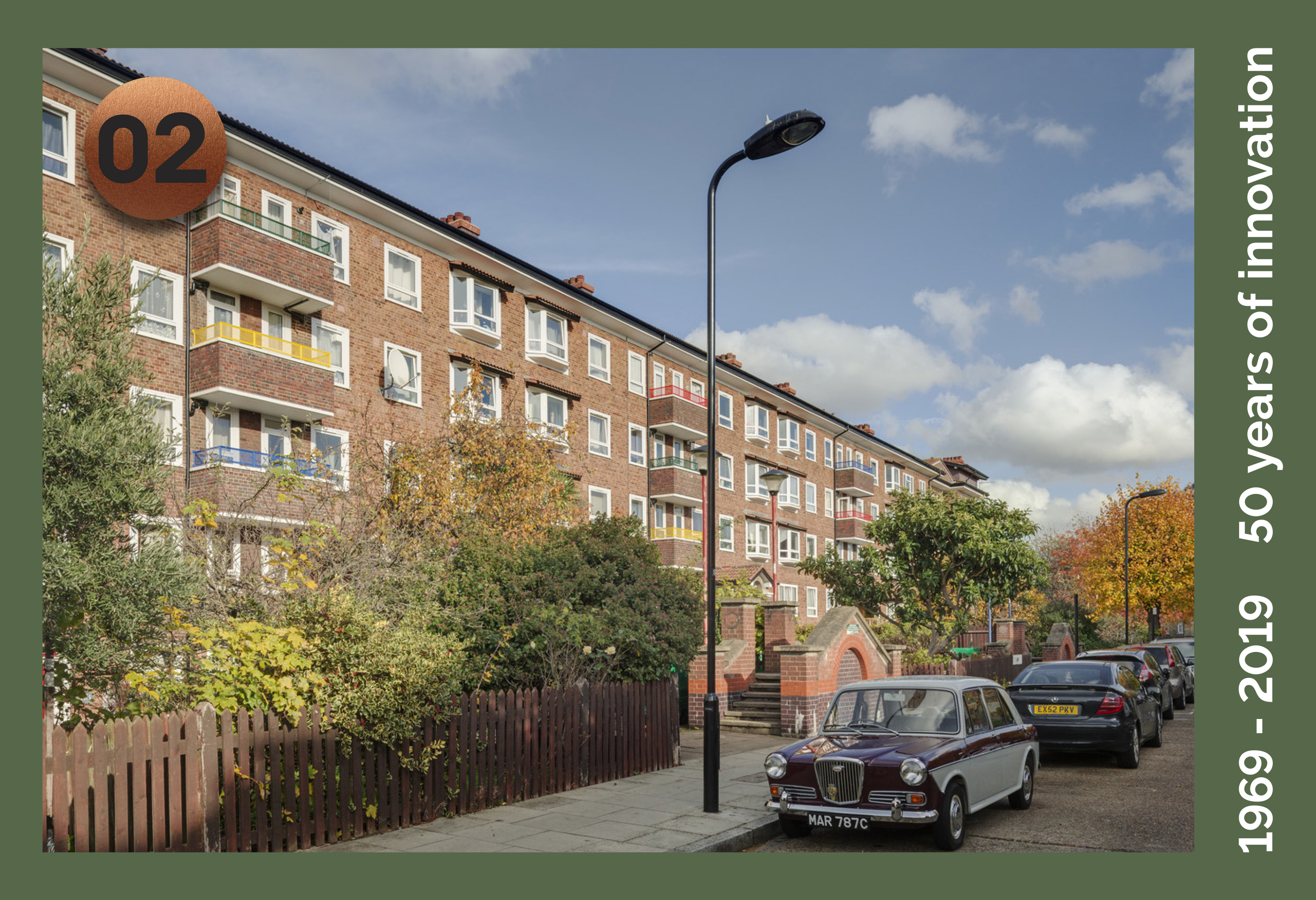 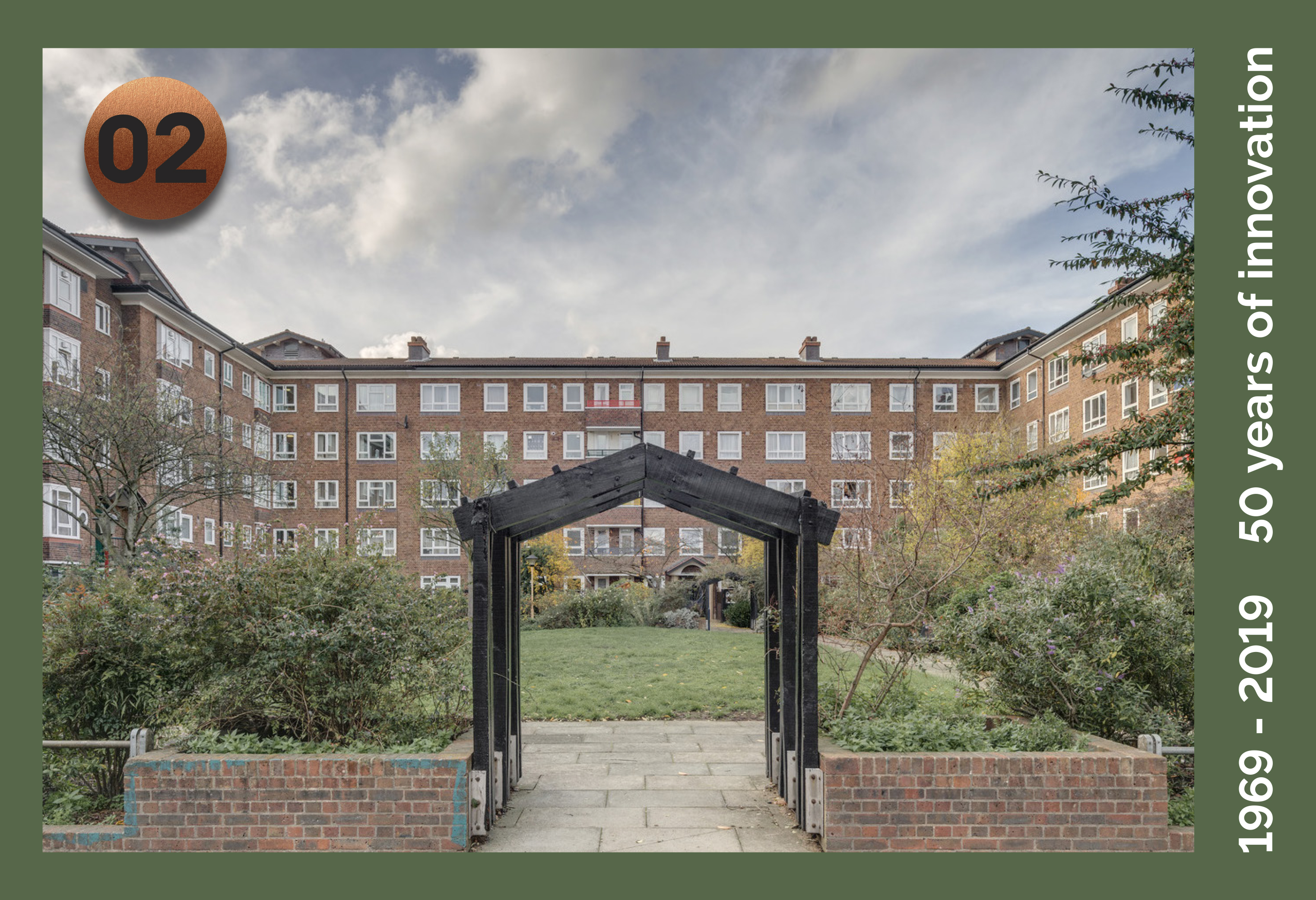 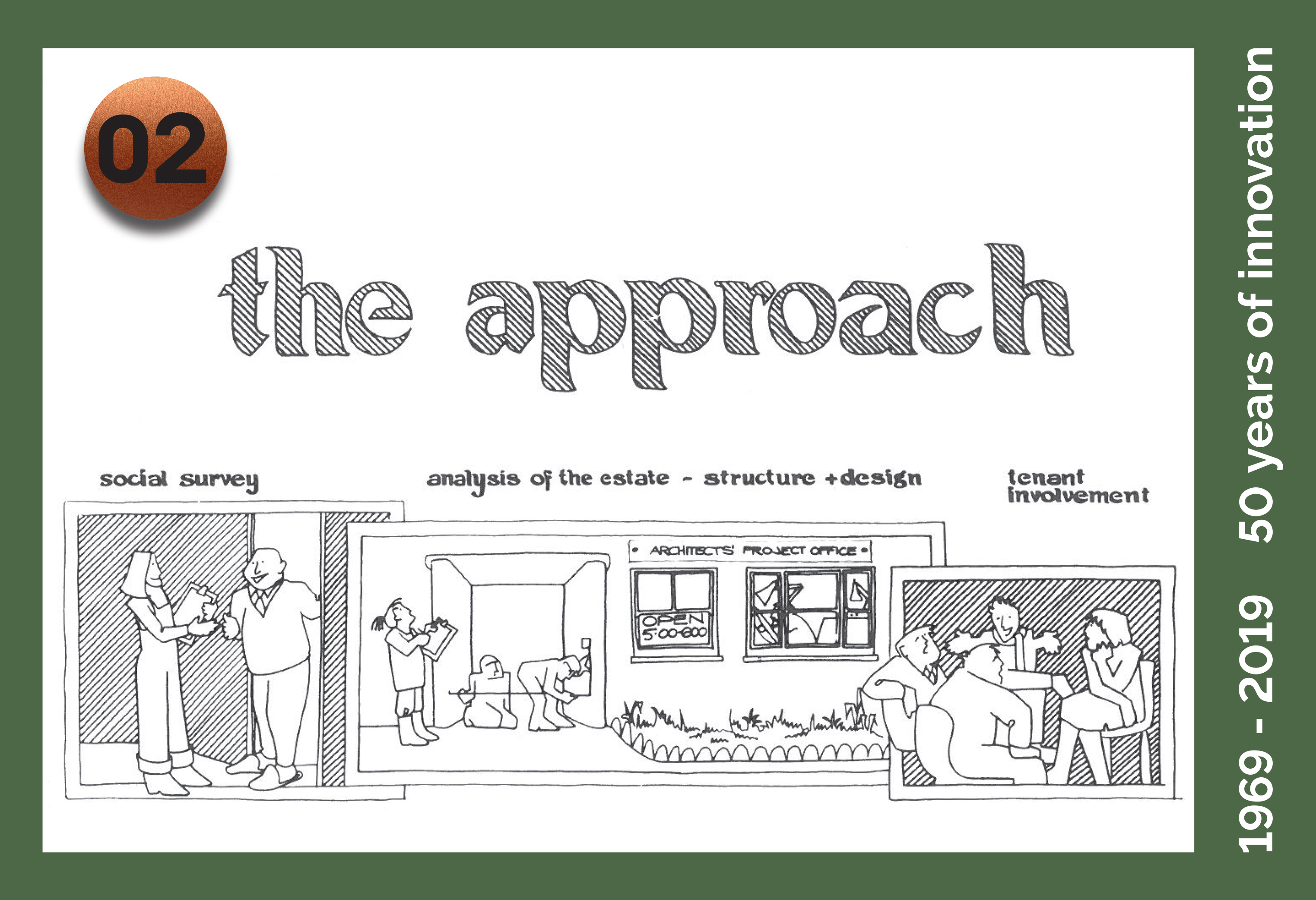 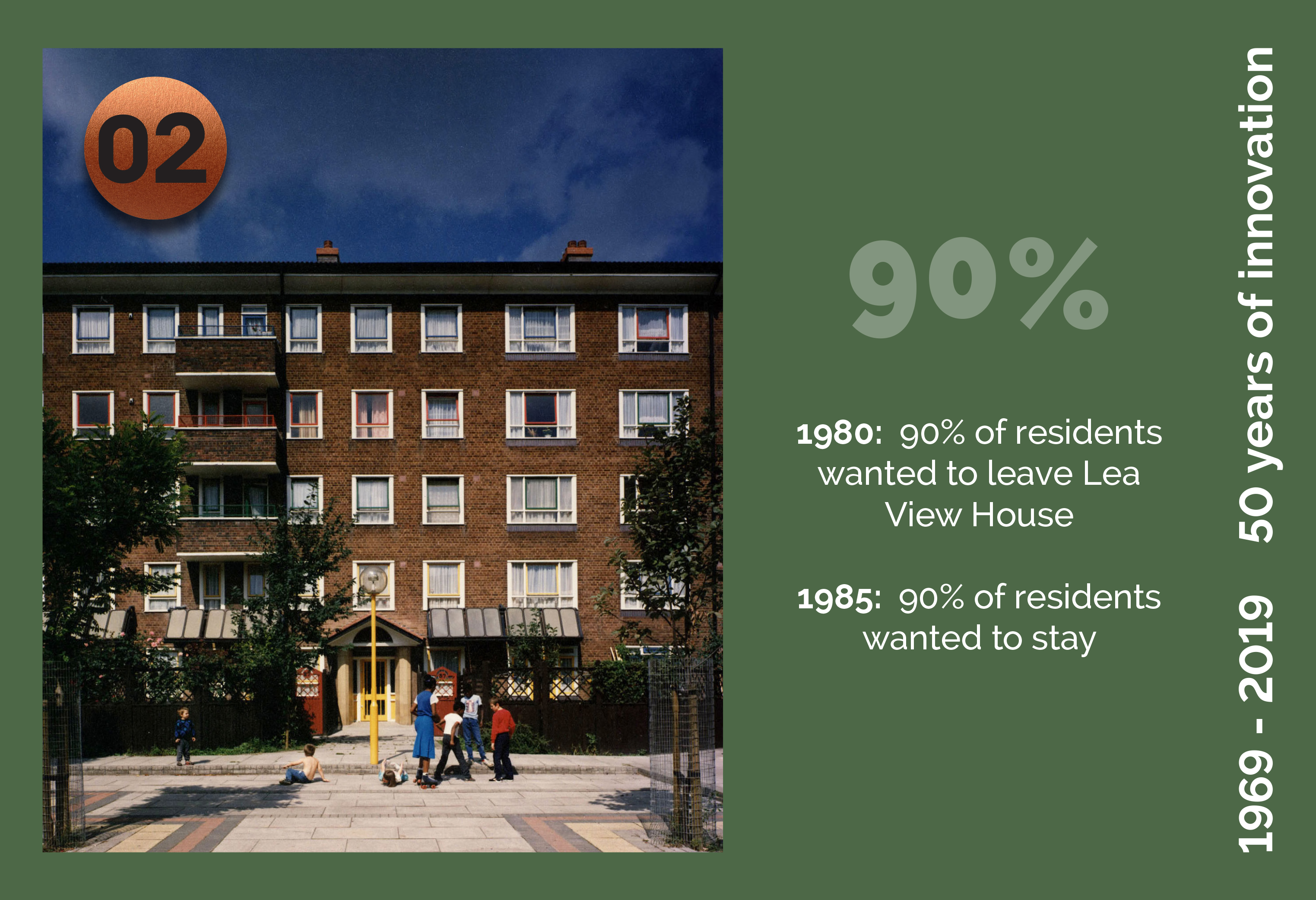 ‘Heaven in Hackney’ as Lea View House was called in the 1930’s when it was built had become an unpopular sink estate forty years later.   The inter-war five storey walk-up blocks of flats, with open, hard courtyards and stairways, had become crime-ridden.  With solid wall construction, failing windows and no insulation, they were expensive and hard to heat and maintain.  Innovative at the time, by the late 20th century the kitchens were too small for modern fridges and washing machines, and balconies used for storage.

A campaign by some of the residents got the estate on the housing priority list with the promise of lifts, entry phones, central heating, bigger kitchens, improvements to the environment of the estate and the right to move off. As Hackney Council turned to Hunt Thompson Associates to implement the works 90% wanted to move off.

First steps were to understand the tenants and their needs.  The architects set up a project office in a vacant flat, where they could meet and talk to tenants.   They arranged for a social survey to understand attitudes to the place and its demographics.  From this insight, emerging ideas and possible solutions were developed and discussed with the tenants.    ‘The renovation of Lea View House was the first occasion where local authority tenants were fully and effectively involved in the rehabilitation of their homes...’.

Initially hostile – the project office was a victim of crime when it was first opened - through the many interviews and meetings hardened attitudes softened unexpectedly turning the project office into a social focus on the estate and study data was supplemented by snippets of information shared over cups of tea. Regular consultation events were held to report on progress and describe the emerging ideas for improvements, and trips were made to other estates to see the sort of solutions that could be proposed. The residents were the best source of knowledge and were empowered to participate in the development of solutions.

Families were living up many flights of stairs, and were determined to have a lift to each flat, but as this would consume the entire budget, the architects suggested moving families to the ground floor.  The idea of creating two and three storey maisonettes on the ground floor, with their own front door on the street, completely turned around approach and access to the block, and led to the major transformations which made the regeneration of Lea View House such a pioneering success.

Lea View has been designed for a multi-generational community, and as Dolly Pritchard, one of the steering group tenants said ‘Once people fought to leave Lea View – now they’re all wanting to get in…..Before we hardly knew anybody, now everyone is mixing and we are beginning to get a really good community once again’.  As well as making maisonettes with their own front and back gardens for families, tenants of upper floor flats had the choice of enclosing their balconies to make more useable space and and larger kitchen-dining rooms.  One of the blocks was made into sheltered flats for older people with a warden and common room and other flats were adapted for people with disabilities.  The courtyard was fully landscaped, made secure and private for tenants, with a community hall and play spaces.

Everyone was able to customise kitchens and finishes, and internally the remodelled homes were fully insulated, with new windows, central heating and ventilation for the first time; south facing maisonettes also had solar thermal panels.   Landscaped front gardens and secure entrances from each of the surrounding streets led to new lifts to some blocks and carpeted communal circulation.   In the spirit of the time, colour and distinctively decorative brickwork and conical roofs make the addition of lifts a memorable landmark on Springfield.

The collaborative spirit continued as Hackney Council started the works, on a rolling programme, which meant most residents moved straight into a new transformed home. The residents and an Estate Coordinator jointly took on the role of Client, the Architects and builders worked together to fulfil their brief, and representatives of the various trades joined the Strategy Group to address problems and test solutions. The residents remained involved to further optimise the design and visits to see progress. The remodelling and renovation took four years and cost £6.5m.

The first homes were occupied in July 1983. Making a speech Leader of the Council Anthony Kendall declared “The heroes today are the tenants, our own Hackney workforce and the architects who have all put in an enormous amount of work on this project. This is a model example for us all to learn from, a pioneering scheme that shows the way forward as to how we should modernise our estates in the future, concentrating on quality rather than quantity.” The estate was visited by the Prince of Wales, the Prime Minister, and the Leader of the Opposition. For several years after completion conferences addressing the built environment made reference to Lea View House. Post occupancy evaluation found higher room temperatures and reduced fuel bills. Incidents of crime fell dramatically, communal areas remained clean, and residents developed a tangible pride in their homes contributing to a new-found community spirit.