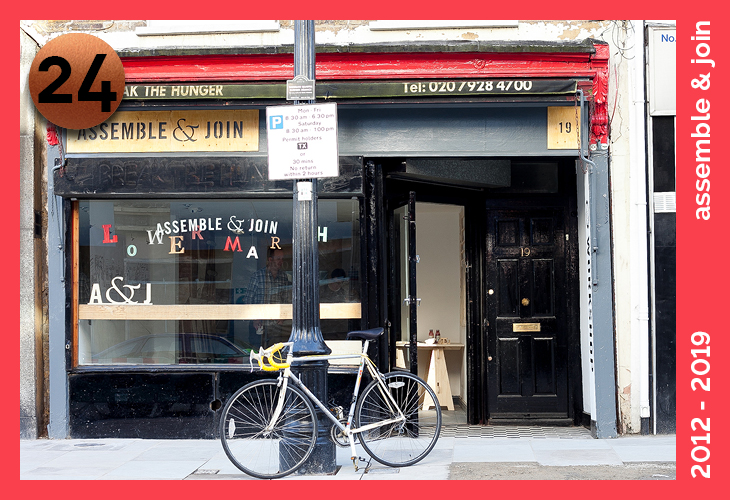 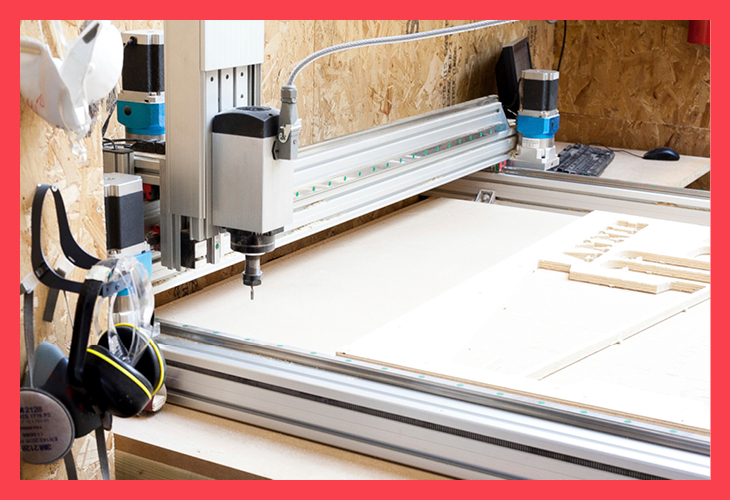 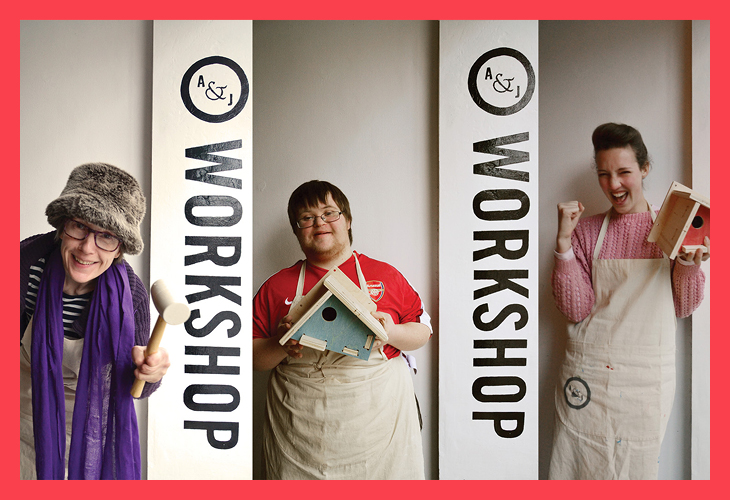 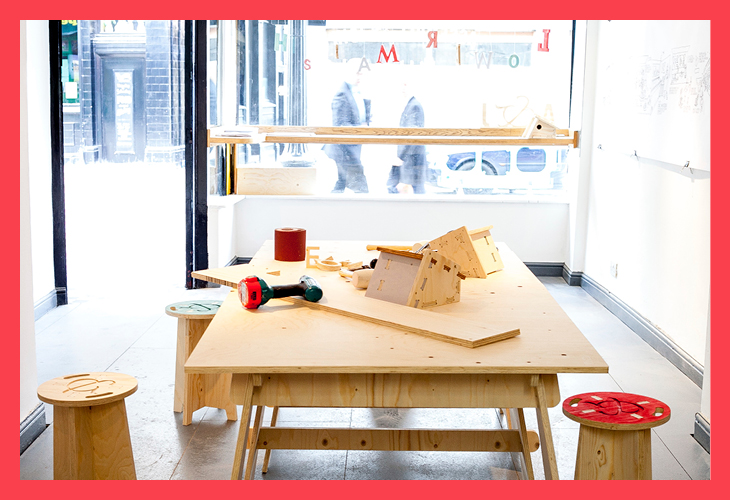 Originated in response to an open call for proposals for public art, the success of Assemble and Join has seen the project become a positive agent of change in several communities across the country.

In response to Lambeth Council’s open call as part of improvement to the Waterloo Quarter centred on Lower Marsh near Waterloo Station, the successful proposal was led by Lucy Smith, Head of Communication Design at HTA. Assemble and Join is participatory design and making where local people are invited to make suggestions about public art then help to design and make the objects.

After installing a CNC machine to fabricate designs into objects in an empty shop on Lower Marsh the team waited with no idea what visitors would want to make. Local shopkeepers and residents participated by first experiencing both stages of the process by designing and making a bird box. There followed regular design days and making days when individuals or groups would bring their ideas and spend time preparing drawings, then on making days the CNC machine cut out the components which the individuals or groups assembled into completed objects. The great challenge and opportunity for all involved was turning ideas into objects before enjoying the sense of accomplishment derived from being able to hold in your own hands something you just thought might be nice to have, and then to see it on your street.

The success of the project was seen by the Chief Executive of Waterloo Quarter BID, Helen Santer, to have brought many of the diverse groups in the area together. The objects produced brought interest to Lower Marsh and surrounding streets and enjoyment for the participants. Following this success, Assemble and Join was commissioned for public engagement in Bristol and Sheffield, as well as the Heartlands development in Cornwall, and at East City Point in Newham where its participatory design and making resulted in water-cut brass inlays in the public spaces before being included in an exhibition at the Design Museum.

As part of the public engagement programme at the Aylesbury Estate in Southwark Assemble and Join was housed in two shipping containers. The established programme of designing days and making days resulted in the individuals and groups participating to decide chess tables, signs, skateboard ramps and football targets were needed in the play areas and open spaces. A lot of fun was had by the participants from HTA and local residents.

Throughout its history HTA’s work with a community for that community has repeatedly proven to be successful and rewarding for all involved. Engaging local people in decisions about public art where they live, work and shop, Assemble and Join is an innovative means of public engagement, a simple idea that puts sophisticated technology to use and continues to be popular.

The next Assemble & Join project is beginning at Winstanley & York Road over the next few weeks. HTA led the masterplan with four other design practices to provide new affordable, private sale and build-to-rent homes, plus a leisure and library complex, retail, workspaces and a new metropolitan park.