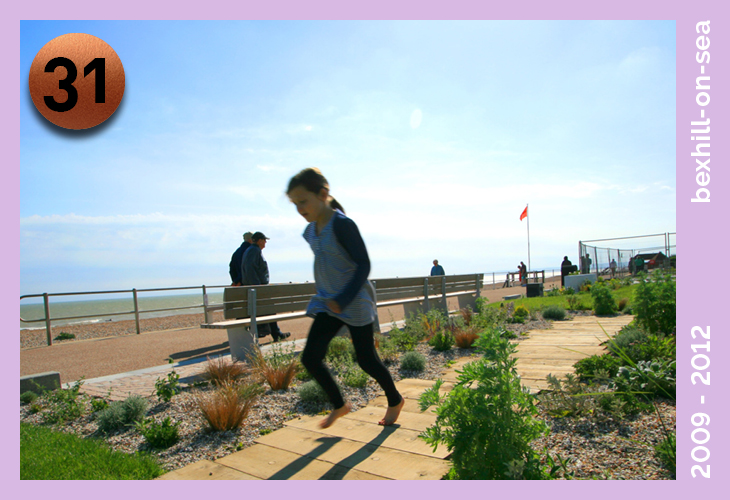 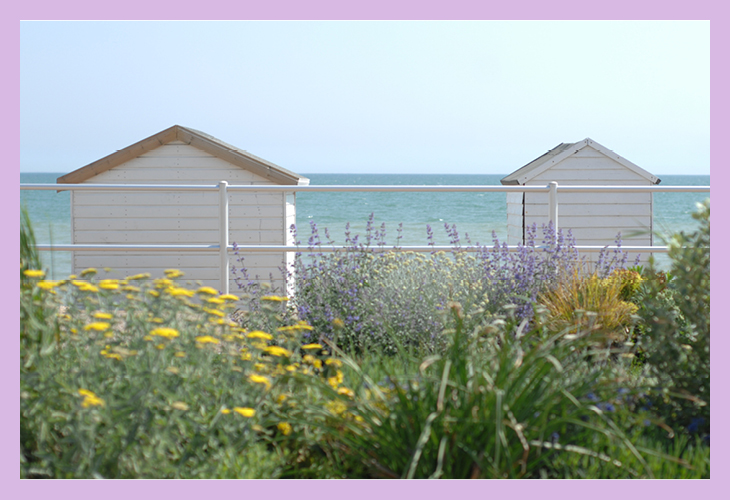 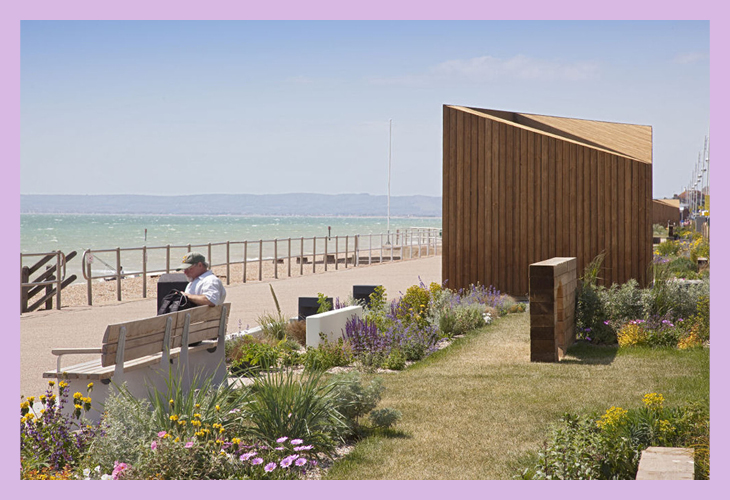 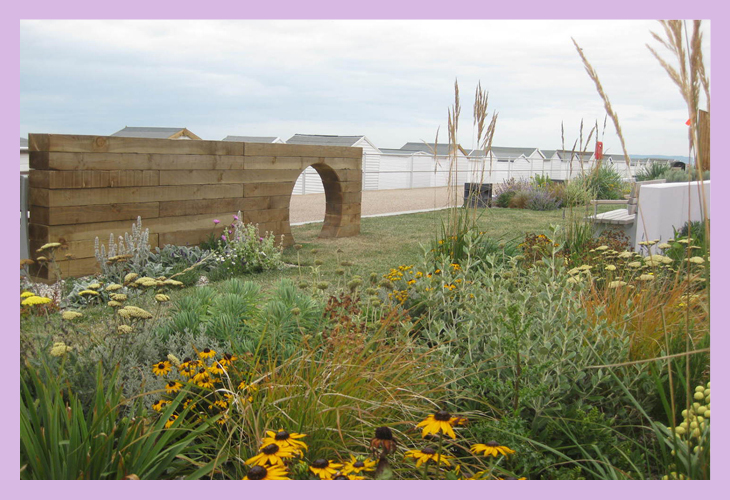 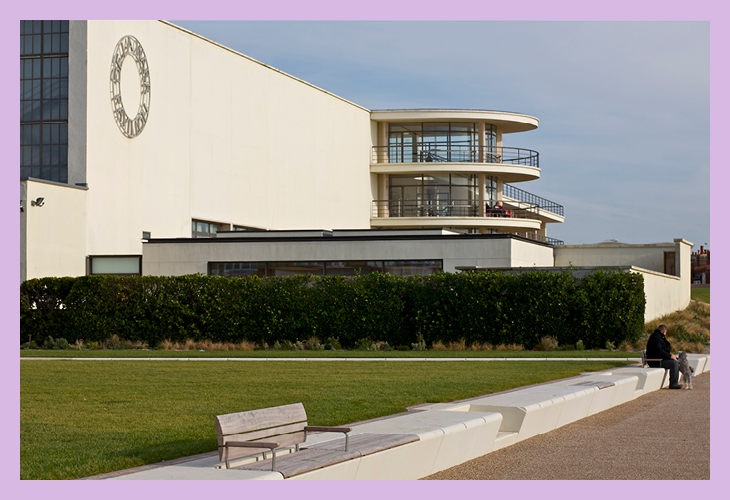 One of the most interesting British seaside towns Bexhill occupies part of the coast between Hastings and Eastbourne. The initiative by Rother District Council to improve the connection between its town centre and historic seafront Promenade sought to capture the momentum generated by the refurbishment of the most significant building on the seafront, the De La Warr Pavilion, a Modernist masterpiece.

HTA Landscape assembled a team with noted architectural practice Stanton Williams and engineers Alan Baxter Associates, at the interview took the unorthodox approach of not presenting designs but asking questions about what was needed and outlining a consultation process. With a successful history of improvement projects guided by engagement the team led by HTA won the opportunity to develop proposals beginning by gaining an understanding of how the people of Bexhill saw their Promenade.

A limited commercial use brought no benefit and the Colonnade was an empty shelter but for the Coastal Office watching the beach. The adjacent Rowing Club shed was near the end of its life even as Bexhill Rowing Club continued to thrive, and the Promenade didn’t encourage visitors.

To meet the brief and address issues raised in consultation connections to and through the extensive lawns around the De La Warr Pavilion were made and three broad terraces were formed by low walls with seating and elegant planting at the margin. Arrival at the beach began a sequence of nearly a kilometre of gardens interspersed with shelters designed through a RIBA competition, as well as play spaces and rest spaces each exhibiting rich and varied planting. The variety in the soft landscape is balanced through a consistent hard landscape and fixtures and fittings. Near the lawns a water feature animates and entertains, and the adjacent Colonnade offers refreshments. The careful refurbishment of the listed building improved the Coastal Office, introduced a large kitchen and replaced the Rowing Club boat shed, its roof designed as a terrace on the route of another improved connection between the beach and the De La Warr Pavilion. Throughout the scheme signage was designed by HTA Communications Design. After securing the Planning consent, HTA prepared working drawings and administered the construction contracts to completion.

Next Wave Bexhill had a royal opening by the Duke and Duchess of Wessex in July 2012. The number of visitors increased dramatically as a result of the big ideas and the smaller, thoughtful ideas such as providing an electrical supply to the lawns to host a wider range of events.

This landscape led regeneration has been described as pure landscape design and turned unarticulated and underused space into an active and attractive place that is a destination on the seafront. It involved a lot of heart from the designers with the satisfaction of seeing it in use.