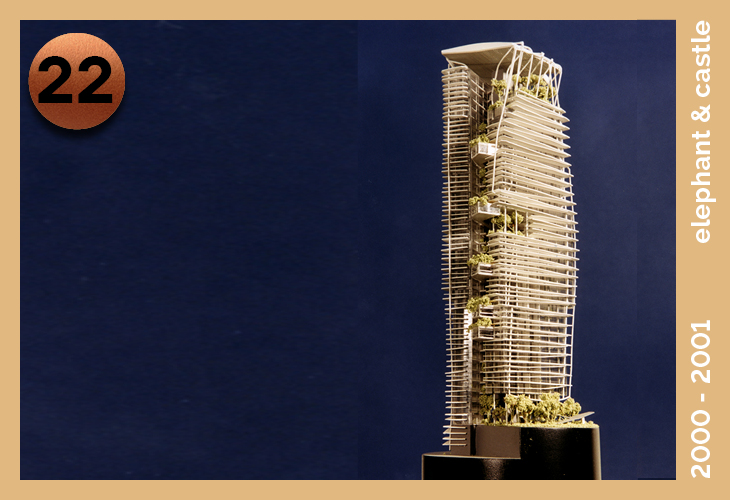 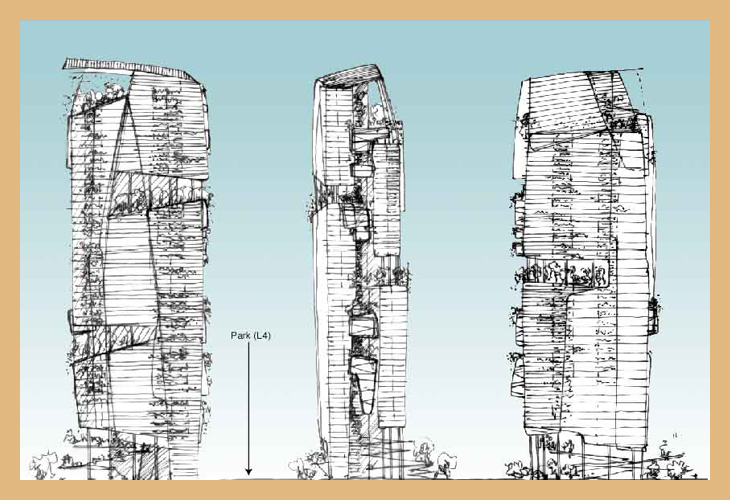 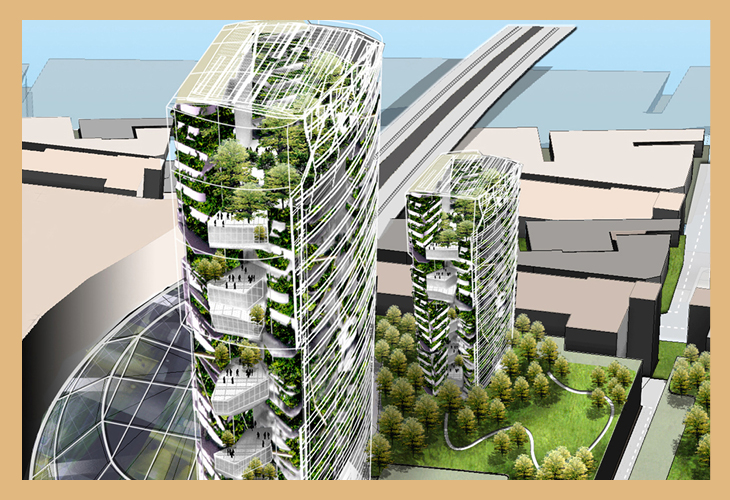 A greater consciousness of ecology and the built environment brought a renewed effort at the new millennium toward innovative sustainable design. A competition to improve the Elephant & Castle, an area emblematic of a modern vision for the future, presented the opportunity to address some of the failings of its post-war reconstruction while recognising its innovations.

For the masterplan HTA formed part of the team that also included Benoy and Foster & Partners to take on design of transport, housing, retail and offices in the multidisciplinary project team. The development area amounted to 200 acres and proposed generally medium-scale, high-density accommodation with improved connections between transport, retail and residential uses. The emerging scheme included a strong vertical element that would inevitably become a landmark which Ben Derbyshire felt should be a highly sustainable and varied in its articulation as it rose, which led to an enquiry of the internationally renowned Architect Ken Yeang to join the team.

An innovator in ecological design, behind his approach is the ecologist’s understanding of nature as a system. His designs first respond to climate to give a passive low energy building, then aspects of nature are imitated, replicated or emulated to incorporate constructed ecosystems that integrate the human environment with the natural environment.

After a visit to Malaysia by Design Director Sandy Morrison Ken accepted the invitation to collaborate on a project in London, and by integrating HTA’s housing expertise and Ken Yeang’s ecological focus the Eco Tower formed a prominent part of the winning competition entry.

The tower would have gardens throughout, the homes would form two volumes with a light well between admitting natural light and ventilation through varied aspect on each of the irregular-shaped floor plates. An external screen provided shade, mitigated wind effects and gave a clean and simple external form, while behind it spaces of differing quality would provide interest and variety floor by floor, each home would be dual aspect and have a view of the street. The ideas that emerged from the project have since been evolved by those involved in notable and prominent buildings in London and across the world.

The Eco Tower project proposed a strategy for sustainable living that could be realised through the innovative integration of light, fresh air and green space at high density while reducing energy use and improving urban connectivity.