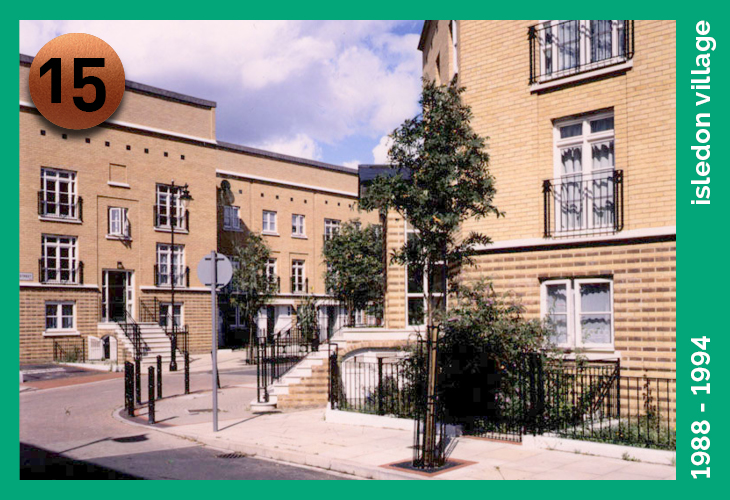 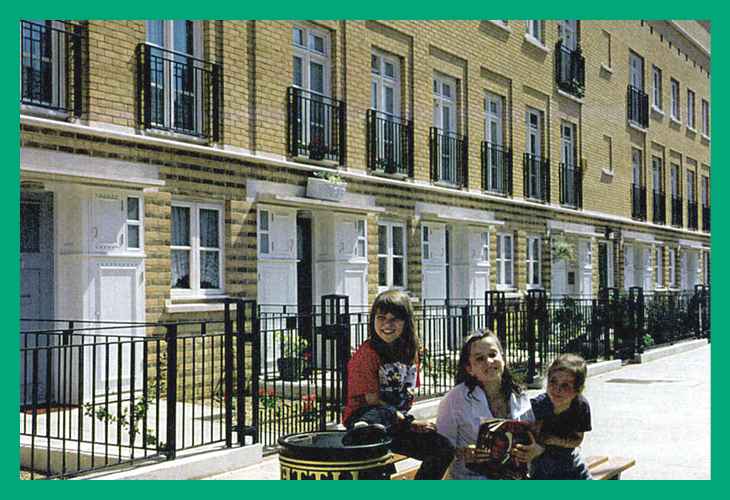 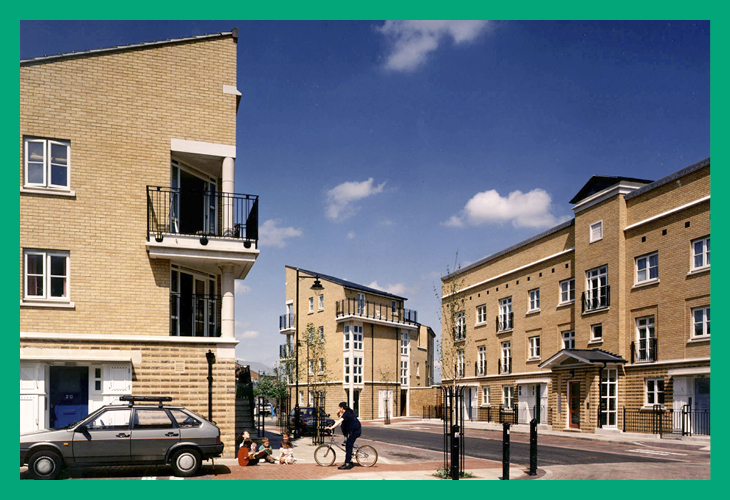 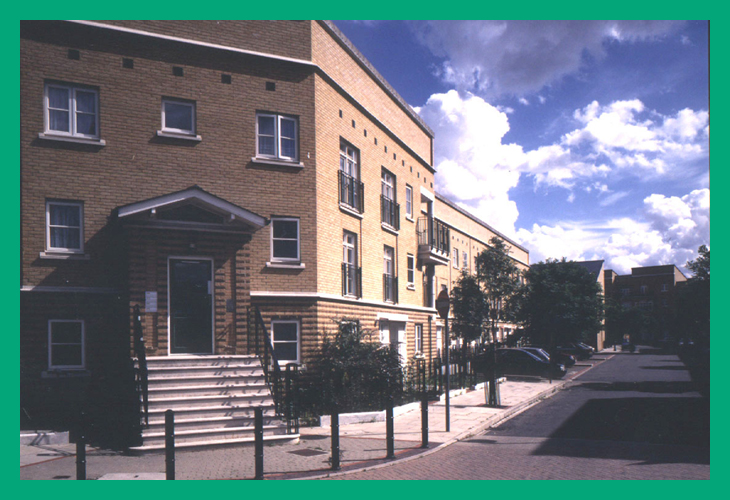 The Finsbury Park Action group (FPAG) was set up by local people in response to a proposal to turn the former railway sidings (latterly used to service the famous ‘Deltic’ diesel electric express engines on the East Coast Mainline) into a business park for the fashion industry. A classic example of community involvement in the creation of new places to live, the place that would affectionately come to be known as Isledon Village responded to the needs set out by a Community Forum established to formulate an alternative brief for the site.

FPAG approached Hunt Thompson Associates for support in 1988 and the practice contributed initial designs in response to the Community Forum brief that were used in a successful campaign for the site ultimately to be sold to a consortium of local housing associations. The brief was for an extension to the local context of Islington streets and squares, built for social rent and surrounding a remodeled Isledon Park to give increased passive supervision to a rather degraded public open space. A small number of shared ownership houses were included in a final design, after several iterations, of 223 houses, flats and maisonettes.

At a time of funding cuts for housing developments the Housing Act 1988 enabled Housing Associations to access private sources of funding empowering many to embark upon new developments for the first time. This was a significant consortium of seven housing associations formed specifically for the project which then worked alongside three community groups. The project attracted attention from Business in the Community and The Urban Villages Group whose patron was HRH the Prince of Wales. A delegation from FPAG visited Highgrove to brief prince Charles about the project. Lasting relationships were built during the life of the project that involved the client groups, design team, local authority and contractors and 25 years after its completion, the success of the project was celebrated in a community fete opened and addressed by the local MP, Jeremy Corbyn, in 2014.

The Community Forum demanded a design that follows the familiar patterns of tree lined mature streets in the area, emulating their scale while being broad enough to provide overlooked informal play. Arranged in the familiar terrace form unit types vary from 1 Bed 2 Person flats to 6 Bed 10 Person houses with several houses designed for wheelchair users, which was an innovation in the early 1990s. Particular attention was paid to the design of entrances to houses, maisonettes and flats with a contemporary reinterpretation of the Victorian doorcase housing meters and bin stores. The scheme also included a care home, workspaces and a nursery self-built by the community with a play space.

The long terraces were designed with care both at the large scale of the terrace, with a broad formal gesture simply articulated with regular repeated elements, and at the smaller scale of the home with doors, windows, storage and shelter providing a focus. The arrangement gives each a place on a city street connected to its neighbours and surroundings, and each house has a private garden to the rear.

With the consortium of Housing Associations each providing homes for people they had identified as being in particular need, a diverse cultural mix of people moved in helping establish a mixed community on this re-used brownfield site.