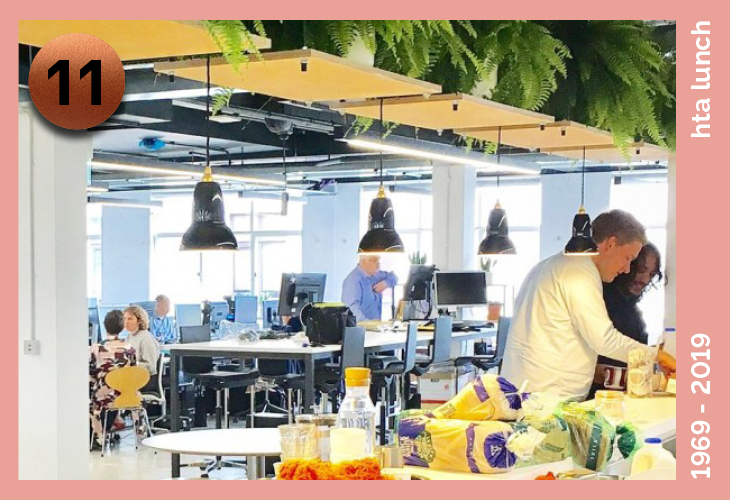 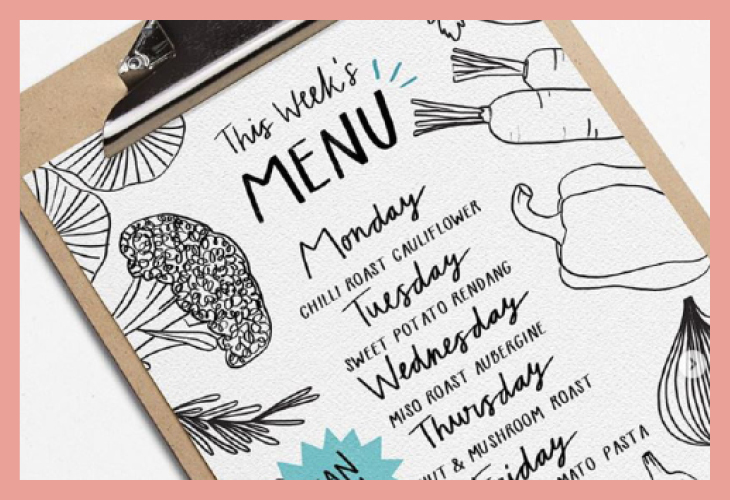 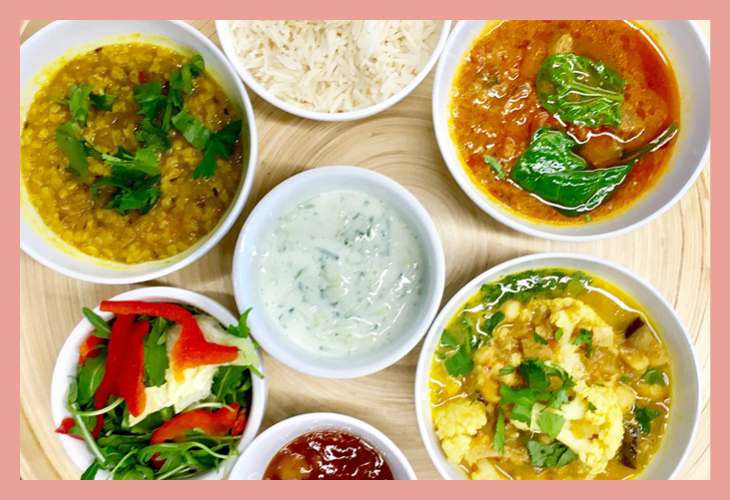 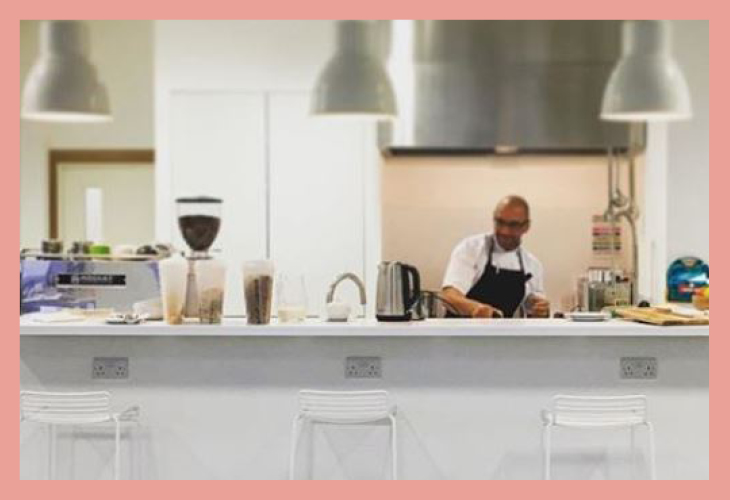 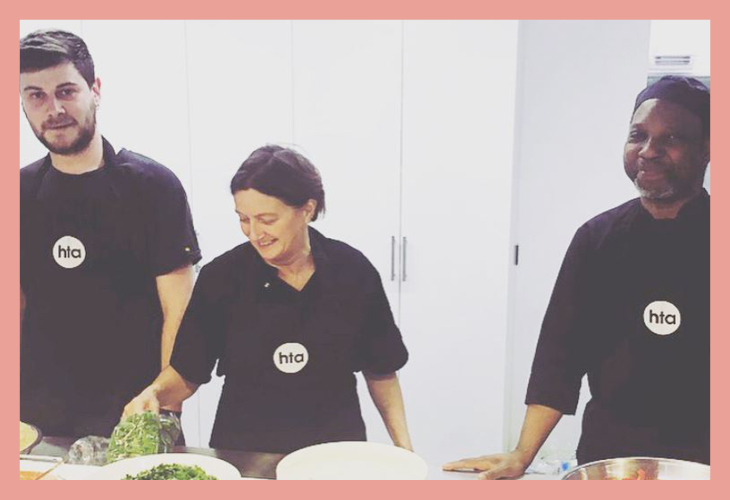 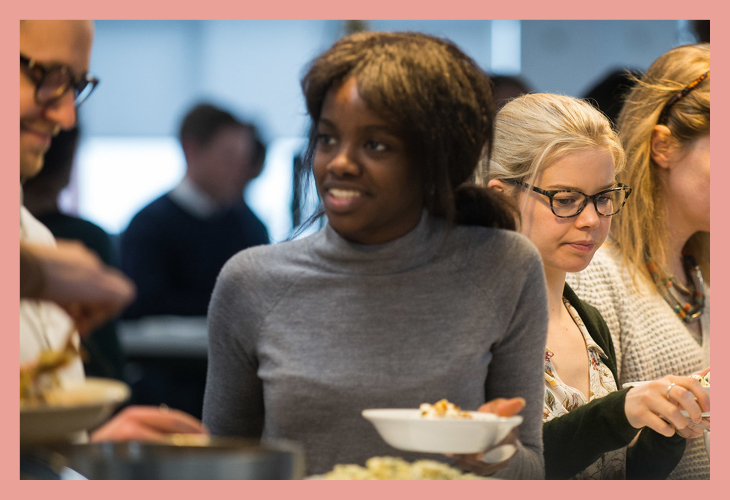 After Bernard Hunt and John Thompson set up in practice in 1969 they were joined by Richard Windsor and Edward Burd to form Hunt Thompson Associates. From the beginning they met for lunch every day to chat, discuss ideas and talk about project issues. From their first office at 69 Parkway in Camden Town the team would make its way to the Burd house nearby for lunch most days, occasionally having lunch in the meeting room in the office. When offices were established in a flat on the estates being improved lunch was provided there.

After moving to 79 Parkway in 1986 a catering kitchen was installed in the conversion from warehouse to office and two cooks joined the team and space was made for everyone to sit down to lunch. In 2007 HTA Architects Ltd. moved to Camden Studios on Kentish Town Road installing a much bigger kitchen to cater for everyone efficiently. The long serving cooks Jane Ross and Christina Johnston, both practicing artists, contributed greatly to the success of lunch bringing people together. It was not unknown for clients to schedule meetings for the middle of the day to enjoy lunch at HTA.

When HTA Design LLP moved to 78 Chamber Street providing a catering kitchen was as important as providing desk space. Lunch continues to be central to the culture of the practice.