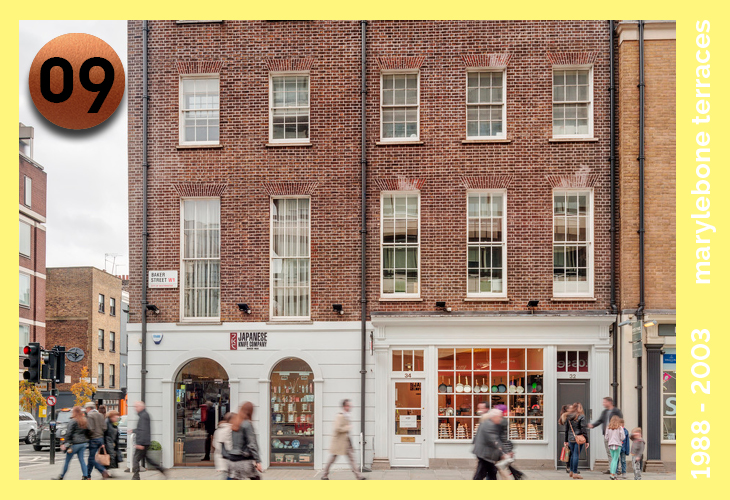 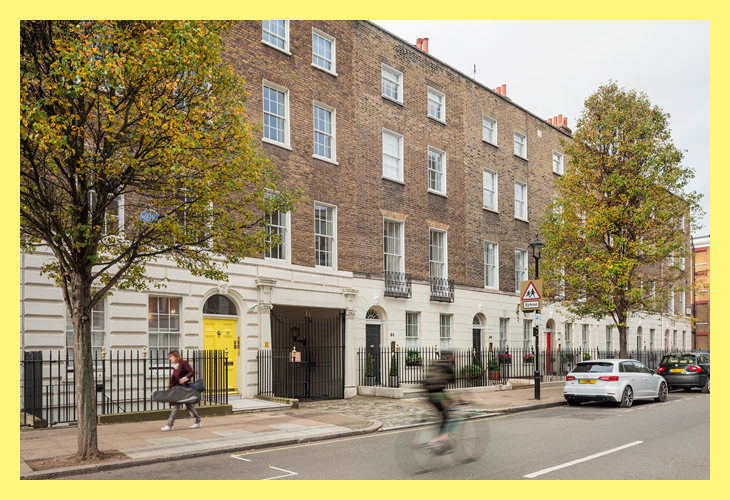 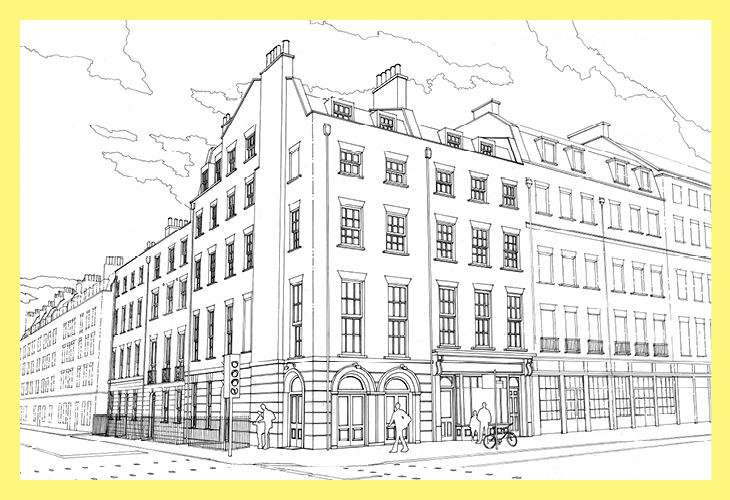 HTA Design LLP was established carrying out alterations and improvements to existing buildings and still enjoys doing projects of this kind. One of the most notable is on Manchester Street, one of the elegant regimented Georgian streets of Marylebone. Appointed to make improvements and alterations to the listed townhouses of Nos. 47a to 50 with much experience of this type of project the approach as ever was to retain and enhance the best features of each building while improving sanitary provision. Additionally, the opportunity was once again taken to add to the amenity by introducing a conservatory to replace an irregular and decaying series of small additions to the rear. It could not have been anticipated that during the early stages of the site works an excavator would crash into the rear of the building near the party wall between Nos. 48 & 49 and bring much of the listed fabric to the ground.

Fortunately, there were no injuries, however all that remained was the front elevation which subsequently had to be dismantled for work to continue safely. Rather than lose the two houses a proposal to rebuild the late 18th Century listed houses was developed in consultation with the eminent Georgian architecture expert Dan Cruikshank and English Heritage, as was, to give additional confidence that all would be done well. The detail drawings describe reinstated partitions in traditional materials using traditional methods. An entirely new Georgian staircase was designed Neighbouring Nos. 47a and 50 were unaffected needing only the anticipated repairs and alterations, Nos. 48 & 49 are now graced with a date plaque that reads “1789 Rebuilt 1991.” The work was done so well that it earned a Craftsmanship award from the Civic Trust.

Nearby on Blandford Street at its junction with Baker Street a similar project was begun at the same time but was finished in 2003 as part of a much larger development of new offices designed by Quinlan Terry. Spared any great calamity it involved refurbishment of a short terrace of tired Georgian townhouses to give a collection of flats, townhouses and some retail space at 34 & 36 Baker Street, 61, 63 & 65 Blandford Street. They were the only part of the Baker Street frontage retained as the rest was demolished and rebuilt for the offices. Demolition of an irregular and decaying series of small additions to the rear was completed without incident and replaced with new rear extensions. New steelwork was introduced to enlarge the mansard above restored tuck-pointing to the brickwork of the principle facades. The interior saw restoration of the elegant Georgian staircases, roof lights and much early plaster work. The completed buildings for Loftus Family Property provided generous accommodation finished to a high standard and show the attention to detail of HTA’s approach that is particularly evident in work to heritage assets.