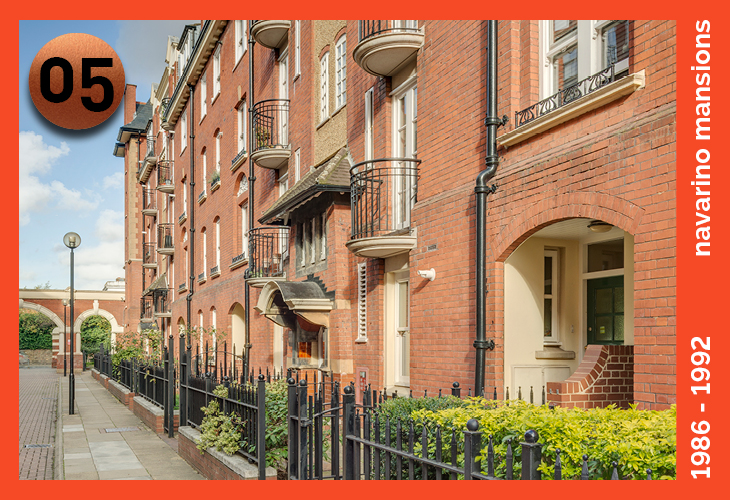 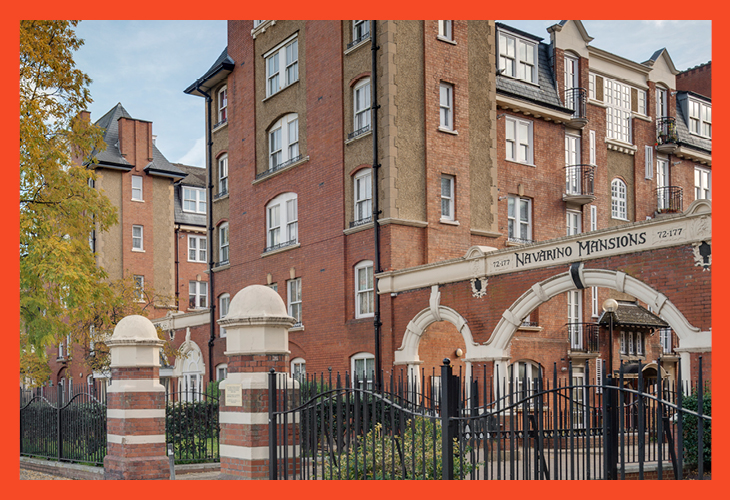 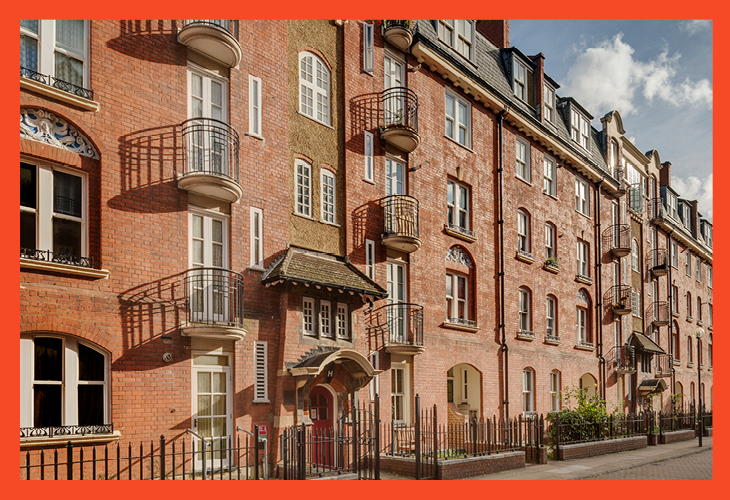 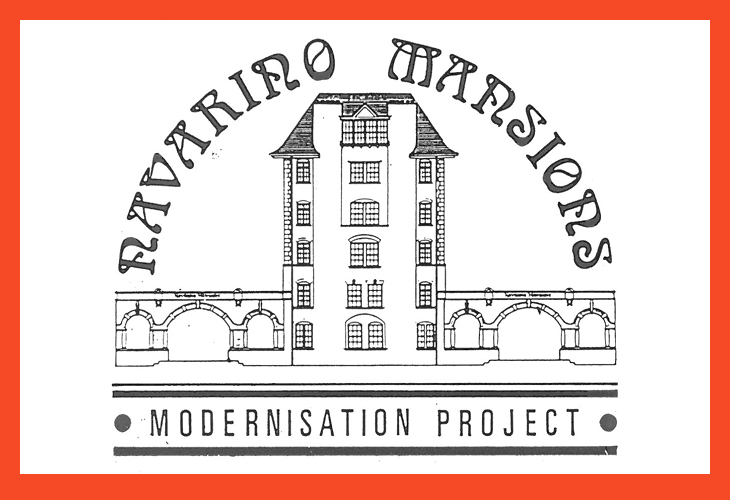 HTA’s reputation as Community Architects grew as larger projects needed attention. These were often estates in need of dramatic improvement with existing settled communities, requiring a specialised response to both fabric and occupants.

HTA [Hunt Thompson Associates] were commissioned in 1986 by the Industrial Dwellings Society [IDS] to refurbish a much-loved series of Edwardian blocks in the heart of Hackney.

Originally built in 1904 by the philanthropic association of the ‘Four Per Cent Industrial Dwellings Company’ to accommodate 300 Jewish artisans from London’s East End, these buildings, and the community they housed represent a key moment in social housing history. Unlike Sandringham Flats, which HTA were also refurbishing at the time and the subject of an earlier blog, Navarino Mansions has been owned by the same organisation from construction until the present day and IDS see the estate as the jewel in its portfolio.  Its striking architecture saw a move away from ‘utilitarian’ model home design as promoted by the Prince Regent in the 1851 Great Exhibition which focussed on health and modesty. Instead the ‘in house’ architect, Nathan S.Joseph,  focussed on beauty and the best of the opulent contemporary Art Noveau/ Arts and Crafts style. The buildings are a strong statement about the power of design and its importance in social housing and contributed to creating a settled population who held huge affection and pride in where they lived.

As always, we took great care to understand the existing residents, setting up a site base at Flat 51 and also instigating full social surveys through our sister company USER RESEARCH. The findings were an ageing population, many who were born on the estate, often with care needs and also a growing dependency on their neighbours. There were great concerns regarding security and crime and the generally degraded building and environment.

Our fabric and structural investigations demonstrated significant investment would be required to bring security, windows, kitchens and bathrooms up to date. Moreover the homes were very small and unsuitable for families, meaning that son’s and daughter’s moved away, increasing the need for support for older residents from elsewhere.

A residents’ design panel was established and HTA used design meetings and ‘planning for real’ sessions to build up trust with residents and listened carefully to their needs. We used options appraisals to define the cost of ‘do-nothing’ through to demolition and new build.

It became clear that only a major refurbishment and remodelling would bring these grand buildings up to modern standards and the first move was to build a new sheltered facility within the estate to ensure vulnerable residents were the first consideration. These homes proved extremely popular and enabled the start of a major transformation including lift installation, creation of family maisonettes with front doors on streets, giving new active frontages to the blocks. As at Lea View and Newquay House, the remodelling created new homes for a multi-generational community with a wide choice of homes suitable for people of all age and needs, which have stood the test of time and will continue to be a popular place to live.

The highlight of the project were the beautiful gardens formed in the courtyards.  These, and the design of all of the additions to this locally listed landmark estate, gave a new life to the homes and the community that retains high quality social housing in the heart of London.