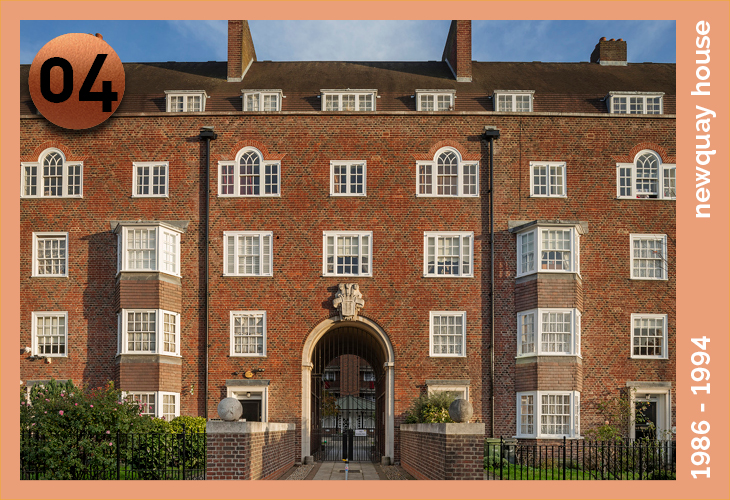 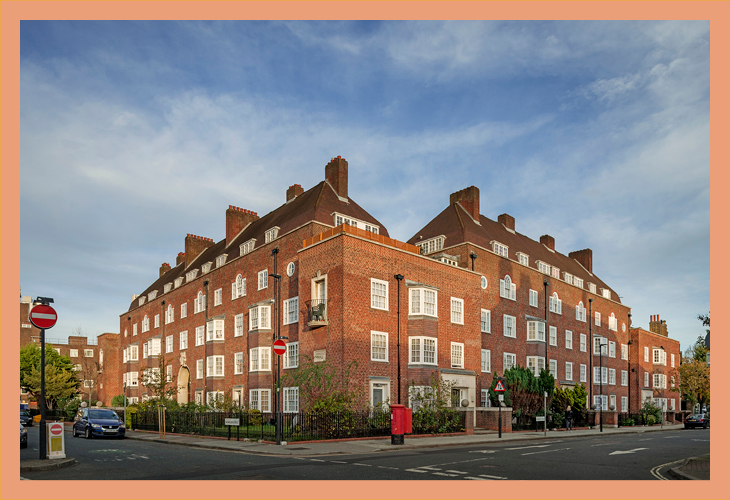 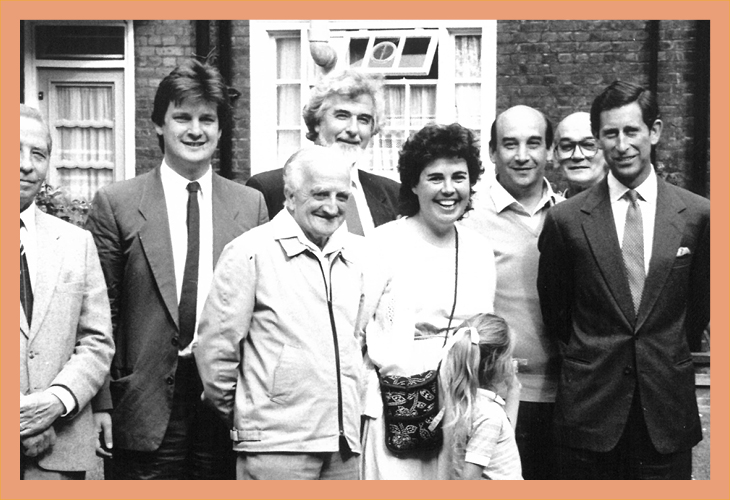 Initially part of the Duchy of Cornwall estate in Kennington the Grade II listed 1930s brick block of flats designed by Louis de Soissons needed improvements to its kitchens, bathrooms, windows and heating. Its poor condition had led to many people moving out leaving an increasing number of its 76 flats empty. Hunt Thompson Associates was commissioned by the RIBA Pilot Group on behalf of its residents to carry out a feasibility study. The group had been established by the Community Architecture Group of the RIBA to enable residents’ groups affected by development access to funds to commission reports and studies empowering them to have a say in changes to the place they called home. The results were remarkable and far more fulfilling for those involved than any other estate regeneration project.

Using the approach pioneered at Lea View House a Project Office was established in a vacant flat, Flat 62, and consultation began with formation of a Tenants Panel representing the residents on the four staircases in the building and continued with a social survey. Regular meetings were held and their progress shared with all the residents in News Sheets.

Through his interest in architecture and the tenants of the Duchy of Cornwall the Prince of Wales took a personal interest in the progress of the project attending presentations made to the Prince’s Council of the Duchy as well as making visits to Newquay House. Progress was also followed by the RIBA Pilot Group and journalist Charles Knevitt writing for the Times. A number of other local residents’ groups also took an interest indicating how much a part of its community Newquay House and its residents were.

Once the demographics and needs were understood ideas were tested for the alterations. Issues such as the cold flats and security could be addressed and by introducing maisonettes by combining flats at ground and first floors homes for families could be provided. These would be self-contained with front doors to the surrounding streets and back gardens to the courtyard of the block and designed to integrate with the listed building. A common room for residents to gather was provided and sheltered housing with a warden. Access through the building was improved by introducing new lifts. A plan to relocate residents in the improved flats with the minimum of disruption was developed and known as the Newquay Game.

Options for funding the scheme were explored with the idea of a Tenant’s Cooperative initially supported after visits to co-ops in Liverpool. Funding would be sourced from the Housing Corporation and a Building Society and the outcome would have a new Tenant’s Association managing the building for the benefit of its residents.

The process of the initial study was transformative as residents that had felt helpless in their situation became interested, enthusiastic and empowered to drive change. The hard work of Hunt Thompson drew the sincere thanks and affection of the people of Newquay House as the initial feasibility study was completed.

“Many many thanks to you both, from us the tenants of Newquay House. You have opened up a new life to us with your kindness and consideration, knitted together a community that was straying apart, shown us there was hope in a decaying area and worked and fought very hard, long hours – for which we are all very grateful…We are stimulated now and we will not let the work you have done go to waste. We are determined to reach the goal you have shown us can be reached…Without fail we all very much hope you will remain with us throughout the changes. Not only are you our architects, you have become our friends.” Letter signed by twenty-six tenants of Newquay House, London, to architects Ben Derbyshire and Caroline Dove of Hunt Thompson Associates.

Patient negotiation was required with English Heritage, as was, over the proposals to alter the listed building. The argument was made that for the building to continue to be useful it needed to adapt to changing needs that now sought provision for families. Designs for entrance doors and windows were less contentious then removal of the concrete balconies inside the courtyard. Identified by the Structural Engineer as being in danger of failing the proposal to replace them with lighter steel balconies was eventually accepted. The new entrance doors had a distinct 1930s flavour and the new windows matched the appearance of the existing windows but were designed to be easier to clean from the inside.