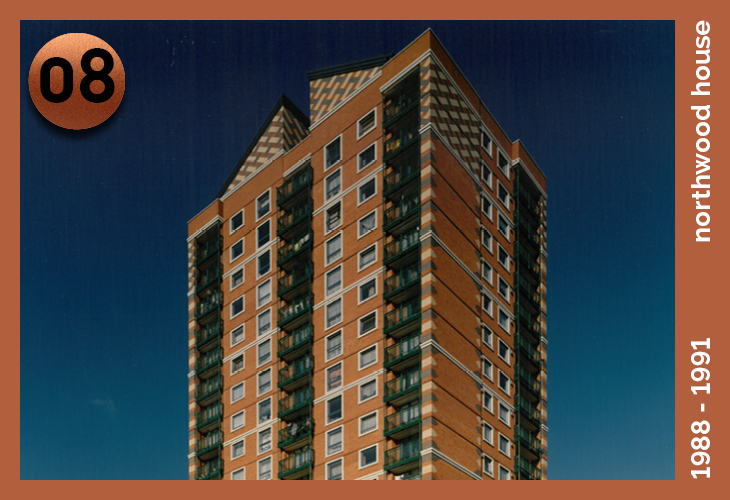 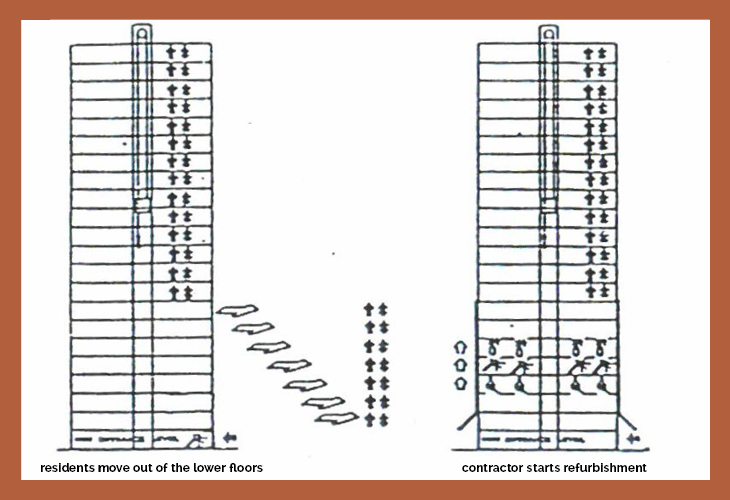 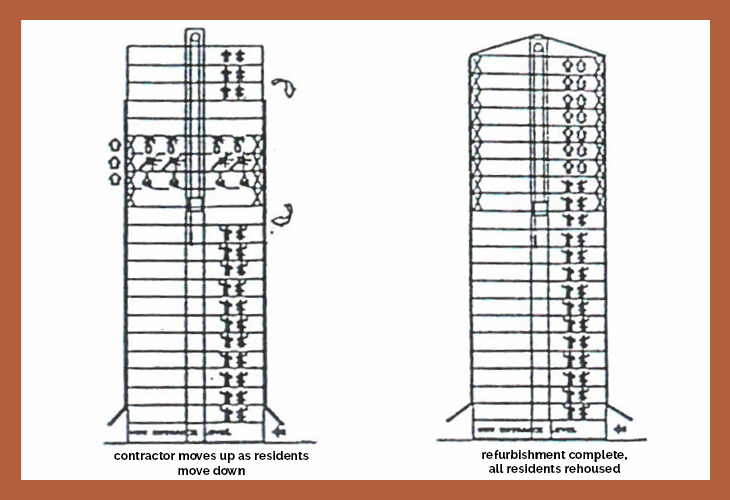 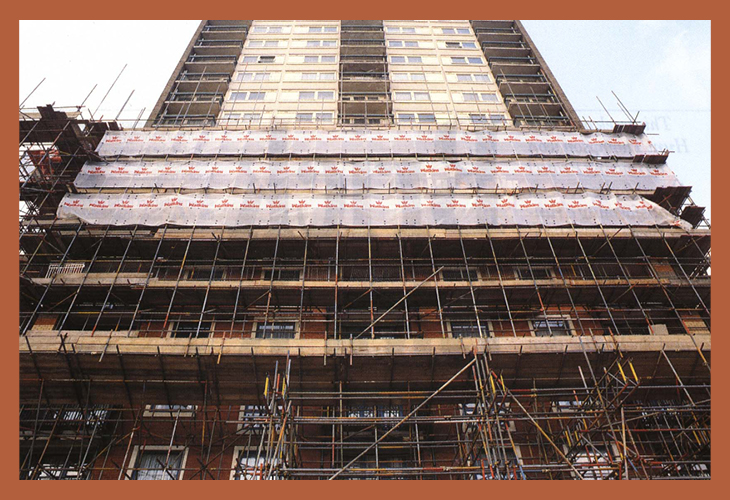 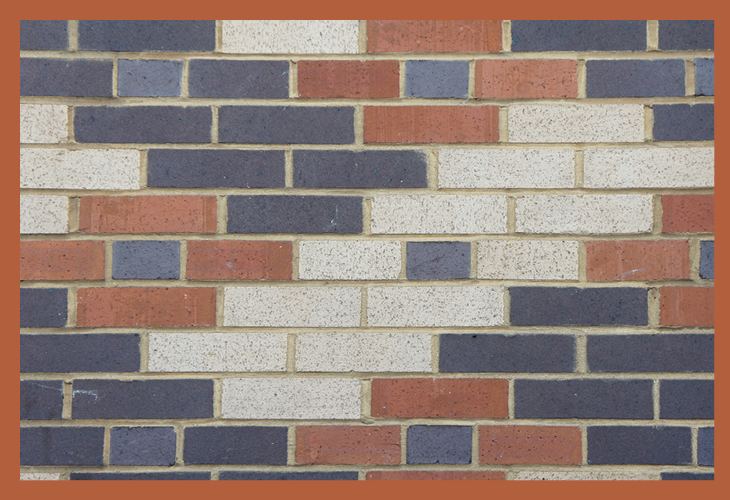 Hunt Thompson Associates devised the programme to move the contractor up the building strengthening the structure while the residents moved down around the three floors occupied by the contractor, moving up the structure as strengthening and recladding was completed. Thus the brief requirement that residents remained in the block during the works was met – entirely with their consent and to residents; satisfaction.

A social survey of the 20 storey tower revealed it housed a community of whom half thought it a friendly place and a third were happy with the sizes of the rooms inside their flats. As was often found the flats built to Parker Morris standards were valued for the spaciousness but other aspects of the design of the building and its setting had unwittingly created problems for the residents.

An adjacent parking deck and disused stores at groundlevel had given opportunities for vandalism and break-ins and made access difficult up a ramp and steps. An improved entrance relocated to the Ground floor formed part of the first phase of works and its success earned the confidence of the residents in the type and quality of improvements that would follow. The simple idea came with the technical challenge of extending the lift shaft down to ground floor, but once met was an immediate success.

Built 1968 using the BRS method, which involved casting concrete panels on site then fixing them in position, an investigation of the structure had revealed it needed to be strengthened to prevent progressive collapse in the event of a gas explosion of the kind that led to the Ronan Point tragedy. The strengthening and recladding works would be invasive so to comply with noise legislation two buffer floors each above and below the work floor were to also be occupied by the Contractor. Using a 3 foot high model of the tower the sequence of moves was worked out with the residents, the work began with a limited decant of the lower floors.

Various materials were assessed for the over-cladding with consideration for cost, quality, programme, the existing cladding and residents’ preference. Brick was chosen and exploited the steel being added to strengthen the tower, doubling as masonry support at every level. Mineral wool insulation and new, high performance windows improved thermal performance.

The articulation of the new brickwork was discussed with the residents who challenged the Architects to propose something distinctive. Articulating top, middle and bottom led to the prominent basket weave pattern of three colours of brick that along with the broken pediment on the roof has helped to make the tower a notable part of the Walthamstow skyline. The project is an excellent example of community engagement enabling a successful outcome.