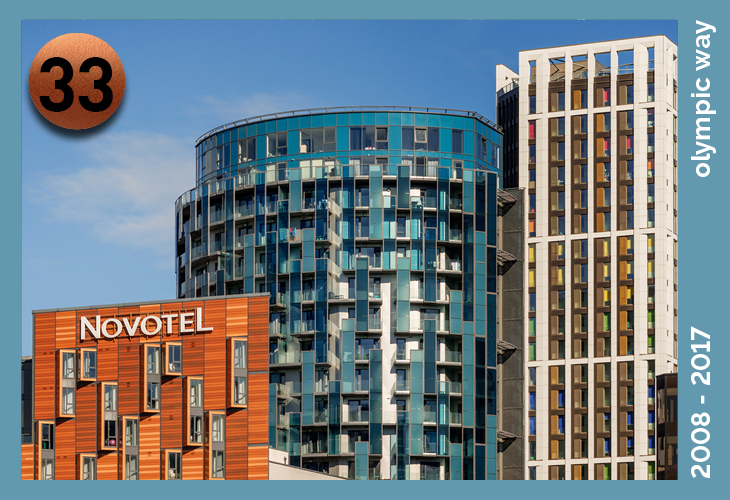 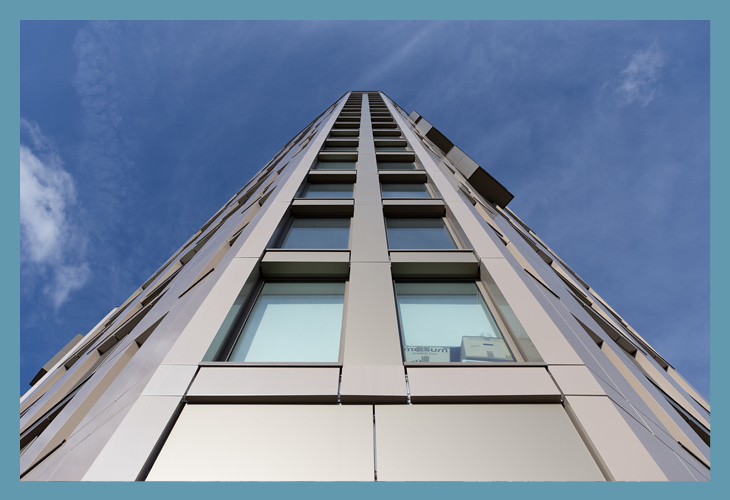 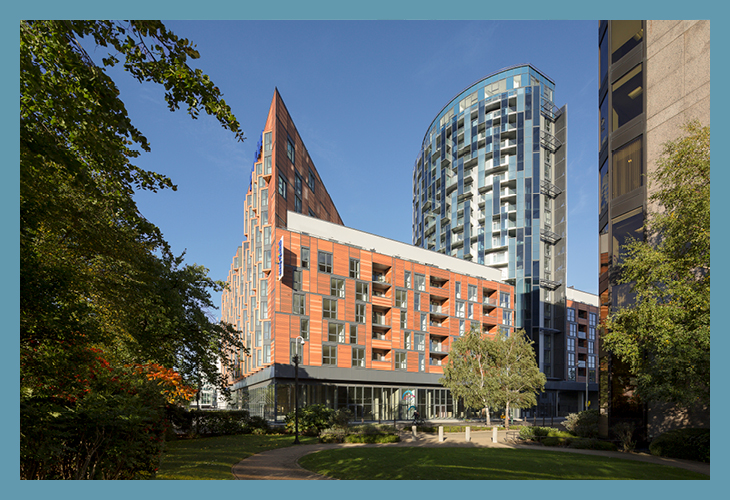 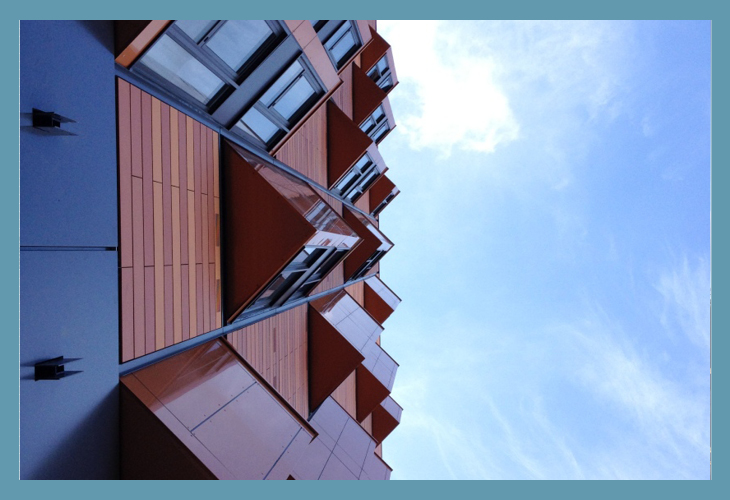 Over the course of a decade HTA and client Vision Modular Systems will complete three developments that will not only transform this unprepossessing industrial corner of Wembley, but act as an exemplar for the new possibilities of modular construction.

The sites are known as Shubette House, Felda House and Grand Felda, and together deliver a mix of uses that include retail, a hotel, and a range of housing for private rent, affordable rent and specialist student housing. Each building includes a taller element, juxtaposed carefully in relation to each other and the surrounding context, to form a cluster of towers that terminate the series of north south connections emerging within an adjacent wider masterplan within the aspirations of the Wembley AAP.

All schemes are constructed from stacked factory-made modules constructed from hot-rolled steel frames infilled with a mixture of light gauge steel walls and ceilings and a composite concrete floor, which can reduce build time by up to 50% as well as minimising impact on the neighbourhood during construction.

Shubette House - The redevelopment at 5 Olympic Way, Wembley was a unique opportunity to deliver a new mixed use development of the highest quality, delivering much needed housing and amenity provision to the area. Aside from its innovative volumetric construction credentials, the project is significant because it sets the standard as one of the first elements in the regeneration of the wider Wembley area.

As one of the tallest modular buildings in London, the Shubette House re-development sits at a prominent junction adjacent to Olympic Way, the main pedestrian route connecting Wembley Station and Stadium. With 158 new homes and a 237room hotel, commercial and leisure uses on the ground floor fronting onto the street, associated parking in the basement, landscaping and play in the courtyard, the project delivers a new mixed-use scheme of the highest quality. It provides much needed housing including private homes for sale, affordable and private rental, and new amenity provision to the area. The design consists of an L-shaped building forming a strong corner to Fulton Way and Olympic Way, with a 19 storey tower providing a local landmark. The hotel fronts onto Olympic Way and is managed by Novotel and Network Housing Group own the affordable housing.

Felda House – HTA has worked closely with Donban, Vision and Brent Council to create this development of flats for student accommodation. The design includes communal amenity spaces, meeting and IT rooms, a concierge service, bike storage and a shared communal garden. A cluster of three slim, stepping towers, the buildings respond to the heights of neighbouring developments, and are articulated by a complex pattern of solid, perforated and glass panels that leads the eye diagonally up the building.

The scheme was developed from the outset with Modern Methods of Construction in mind. The residential units are all formed from prefabricated volumetric construction, made in a controlled environment offsite and then transported to site to be assembled. As well as a very rapid build, this method ensures high quality and coordination.

Grand Felda – The development consists of 22,360sqm of mixed-use in 2 blocks over a podium and basement, one block is 18 storeys and the other 9 storeys with a large courtyard amenity space between, comprising 802 student residential units, extensive student communal facilities, a publicly accessible leisure centre including extensive gym facilities and a 25m regulation swimming pool, and associated ancillary spaces and plant. The building is clad in a number of materials including brick slip, aluminium cladding, render and GRC, and the external areas are well landscaped, including planting, growing ground cover, brick and stone paving, seating and amenities, and extensive green roof finishes.

All rooms were constructed using a steel framed modular system which enables a quick off site manufacturing method, delivered and installed to site efficiently. The development was completed within a 12 month construction period.

We have previously worked with Donban at both Olympic Way and Karma House (both in Wembley), using the sme construction methods. Also within the development, a swimming pool, gym and multi use room, concierge and multiple retail opportunities at ground floor.

HTA have acted as architects, landscape architects, planning and sustainability consultants from concept through to working drawings on behalf of Tide/ Donban Construction.  HTA also acted as the lead designer to coordinate the other consultants’ packages including interior design, working to deliver the fast-track mixed-use developments within a remarkably short contract period.

The buildings were designed from the outset by HTA for off-site manufacture using the Vision Modular System (VMS). This is a volumetric solution offering many advantages in speed of construction and reductions in defects while providing the flexibility to deliver the varied forms and curved tower that are strong features of the design. The system uses hot-rolled steel frames, infilled with light-gauge steel panels with a concrete floor for structural stability, good acoustic and fire performance. The system can be used for high-rise and has been used up to 23 stories elsewhere in the UK. The site construction was divided into four distinct stages, the foundations and ground floor were constructed traditionally using concrete, providing a podium on which the remainder of the building sits. This included creating slip-formed concrete cores which provide lateral stability to the structures. The residential units and hotel rooms were constructed from modules made in the VMS factory which came to site fully fitted out internally and delivered by lorry to a predetermined schedule. They were then craned into position at a rate of eight modules per day on average. The cladding and roofing was added onto the building, the services connected and the external works completed. The buildings are now all fully occupied.