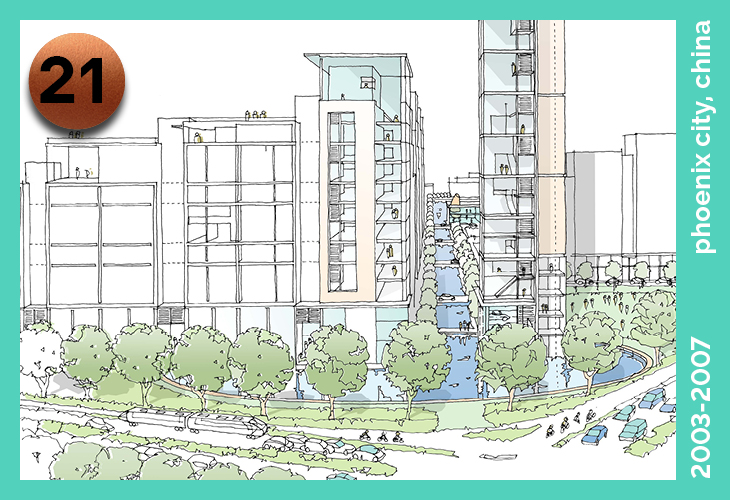 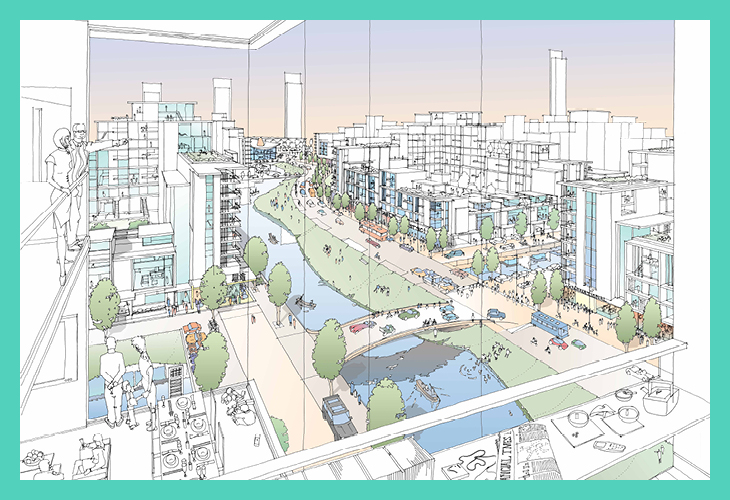 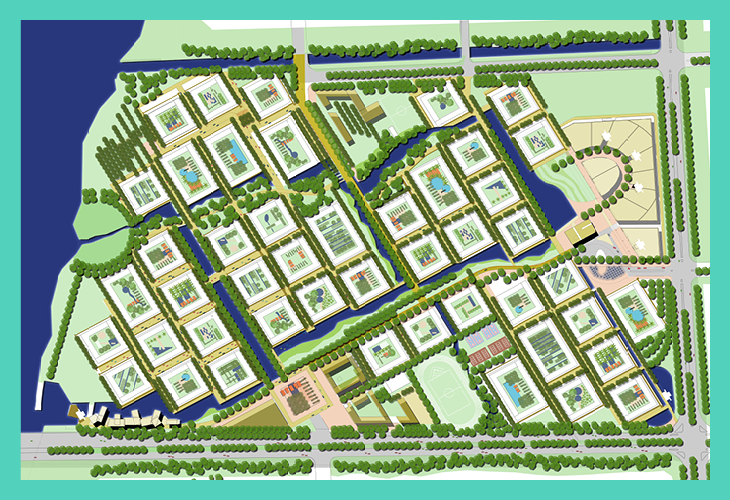 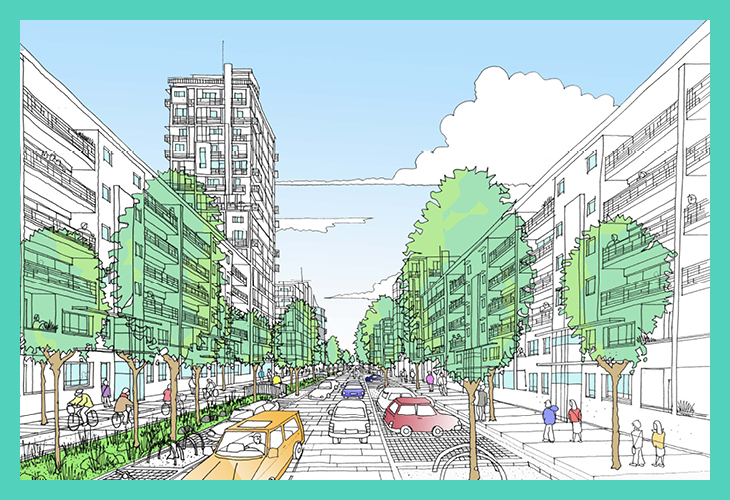 One Wednesday over lunch a fax arrived at HTA from Sun Co in China offering a large fee for a competition to design 10,000 houses if someone could be in Shanghai the following Saturday. Not dissimilar from the unexpected invitation to design some Public Houses 25 years before the invitation came out of the blue as Sun Co looked for a British Architect specialising in Housing to bring some innovative design to China. The following day Sandy Morrison in his role as Design Director secured a Visa and the day after that was on a 13 hour flight to Shanghai.

Suzhou is one of a clutch of overseas projects designed by HTA that continues today advising on design with modular systems in Hong Kong. Suzhou is known for its waterways and historic gardens was to be grown into a city of 8 million people, the 10,000 homes of the competition for Phoenix City would be built in the first year, an impressively  ambitious goal. The first visit to the site found the urban infrastructure already in place with a distant hospital and factories, and roads with no traffic complete with working traffic lights. Between the roads were paddy fields.

Sun Co was keen to innovate but there were guiding principles that had to be followed. Sunlight needed to reach the back of all rooms at least 2 days per year, all flats had to be dual aspect and all homes had to face South.

With block sizes already fixed the design principles met HTA’s principles of streets, active frontage and low rise, high density to eventually propose perimeter blocks turned through 45degrees, low on the southern sides and high on the northern sides, ranged across the grid of streets. Many low-rise buildings were being demolished to make way for higher densities but still retained their appeal and when re-imagined as part of something larger could meet need at a familiar scale. Flats were arranged two to a core on each floor to be dual aspect and each flat was large with a typical 2-bedroom unit at around 100m2. While there were many, each home provided lots of natural light and a good quality of space beneficial to family life, which is of great cultural importance.

Success in the competition led to several months more work and many trips to China. Presentations would be made to the large project team assembled from all over China to live and work together to create the thousands of houses over the short timescale requiring very long hours from everyone involved. Time spent there was spent working, and occasionally indulging in a little sleep.

Other projects with Sun Co include masterplans for 4,500 homes at Waigang, the focus of China’s automotive industry, and 1,400 homes for the Long Beach Holiday Scene District also in Suzhou.