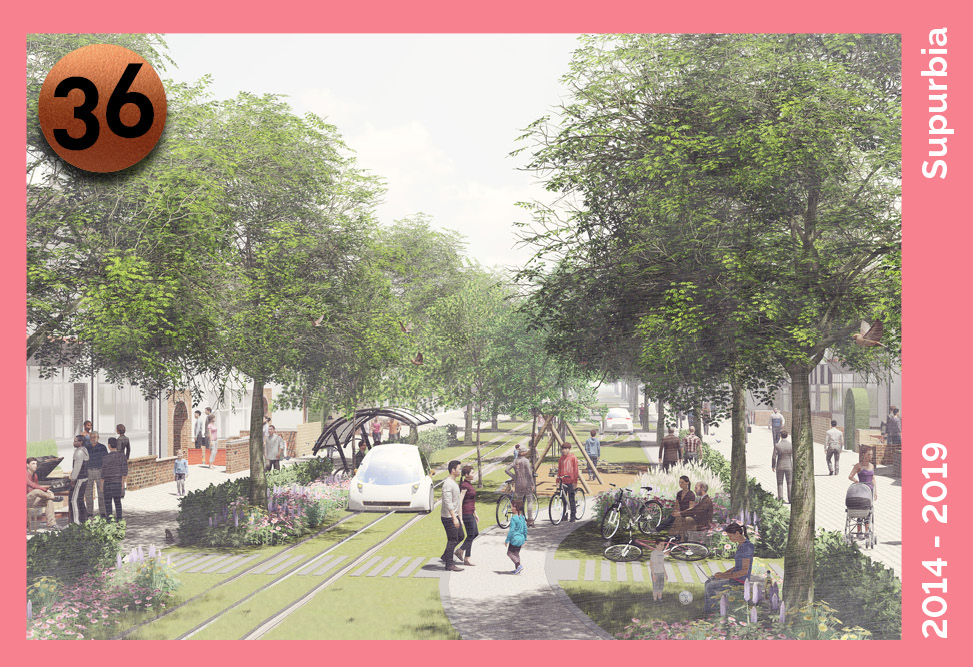 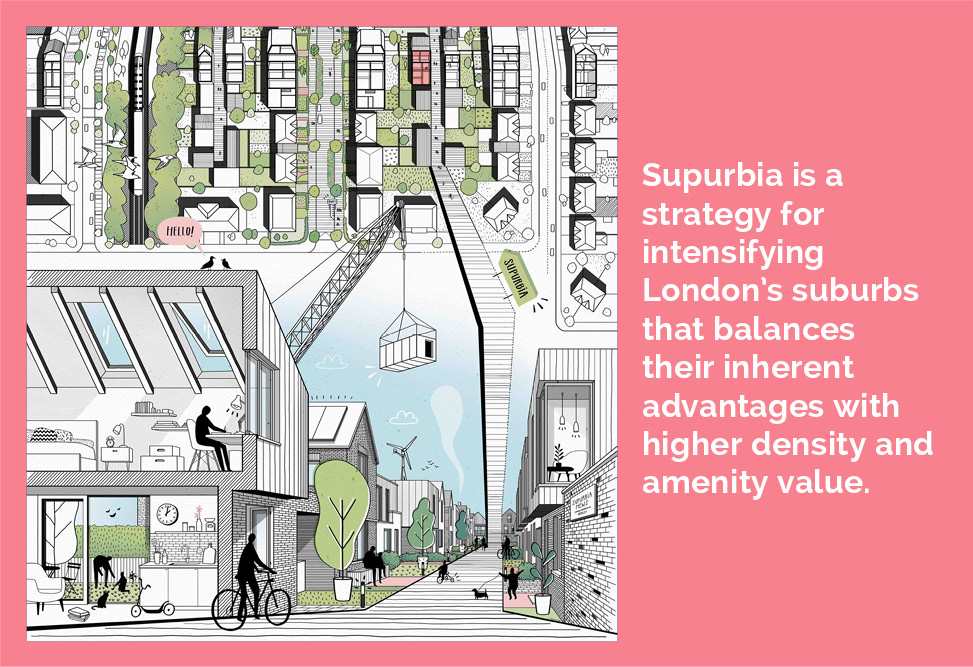 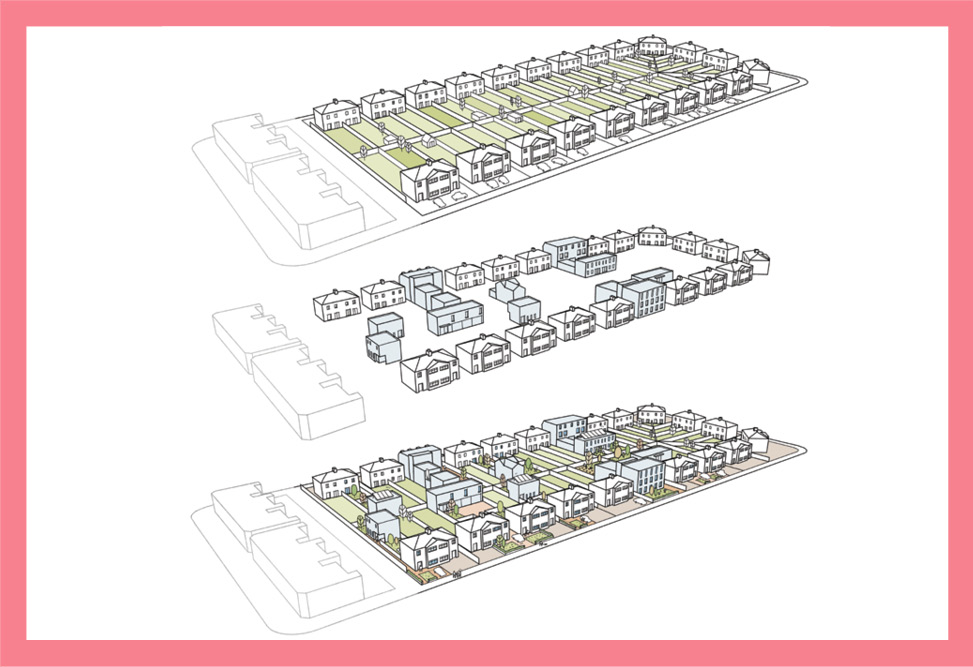 Urban areas are under pressure of increasing population size, but the extent of transport infrastructure and the preservation of green belts limits expansion presenting a new challenge for the early 21st Century to provide more housing and commercial premises. From an established background of innovative solutions to housing problems and a positive view toward the future HTA developed the idea of suburban intensification where the low-density suburbs that are well served by public transport become more dense to house the increasing population. There are many ways to densify our cities: building tall and regeneration are current popular solutions. We developed a piece of work to illustrate that our existing suburbs could make a valuable contribution to housing supply as an additional strategy to increase housing supply.

The path to achieving this simple idea included extensive discussion around dinner tables, the lunch tables and the boardroom recognising the solution needs to be realised in large part by the people already making the suburbs home. The underused land in their ownership includes those low-rise shopping streets within ready reach of stations and back-land areas of garage blocks, service yards and those incredibly long gardens found in Metroland. In this context change can be expected to be incremental change as individual plots or small groups of plots are developed. To realise these benefits a community group could develop a Neighbourhood Plan with a design code that controls building heights and encourages houses, flats and shops where they are most appropriate. Local authorities can also actively encourage intensification through design lead guidance which is now actively encouraged through National Planning Policy Guidance and the emerging London Plan.

Ecology, sustainability, local character, heritage significance, public engagement and demographic change  need to be addressed toward the enhancement of our suburbs to both preserve and broaden their appeal. Changes to lifestyles and innovations in technology are already enabling more dispersed economic activity and Supurbia can enrich our suburbs while empowering its communities to realise development. It may also in part address housing affordability.

Greater London has 173 stations with a Public Transport Accessibility Level (PTAL) rating of 3 or more that are not located in regeneration areas, town centres or opportunity areas where the urban grain has a density of around 25 dwellings per hectare. There is capacity for at least 360,000 additional homes in those areas with good ‘place potential.’ Intensifying these areas could provide housing and commercial space in flexible building blocks of between 4 and 6 storeys in height, town houses and mews houses to increase density to 100 dwellings per hectare in zones 960m immediately around stations. Beyond these areas, there is further potential to double density by building in back gardens of suitable semi-detached and detached housing stock. This would further increase housing delivery potential substantially – a conservative estimate is well over 700,000 additional homes over a thirty year period

Initially proposed by HTA with support data from Savills the publication ‘Yes, in My Back Yard’ was presented to the Built Environment APPG of the House of Commons in 2014. HTA’s submission ‘Supurbia’ was one of 10 winners in the NLA’s New Ideas for housing competition in 2015. Following this, we collaborated with  Pollard Thomas Edwards Architects and Lichfields  to produce the publication ‘Transforming Suburbia’: Supurbia, Semi-Permissive. This publication set out the variety of planning tools that could be used to encourage design led suburban intensification, plus demonstrating the financial case to illustrate the benefits of such an approach for individual landowners. The evidence base of this publication was used in the Outer London Commission reports to illustrate different scenarios for London’s growth. We also produced further evidence for the GLA in the run up to the first drafts of the new London Plan to illustrate the potential for policy led small sites intensification.

Suburban London has immense place potential for the delivery of new homes, simultaneously offering the opportunity for renewing dated and unsustainable urban fabric. HTA  continue to explore the idea of Supurbia and are widely encouraged with recent initiatives across London and elsewhere to encourage growth on small sites through design led guidance.