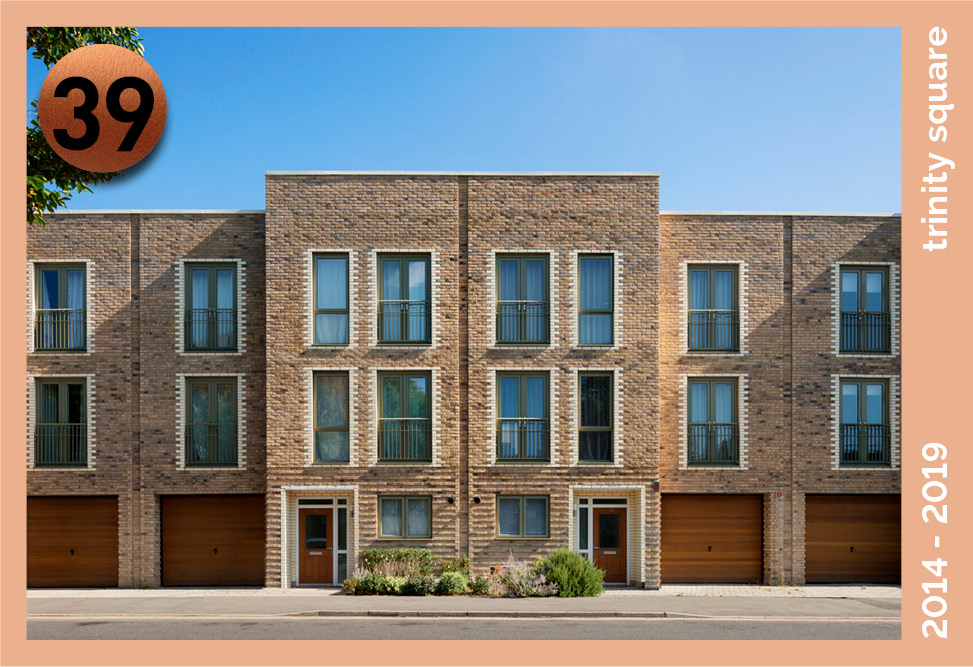 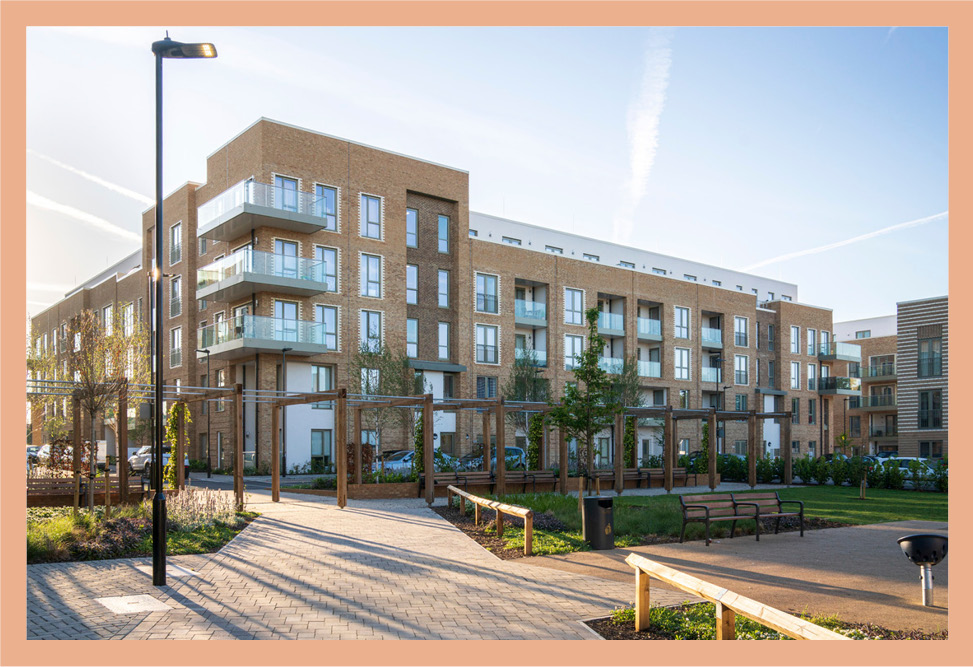 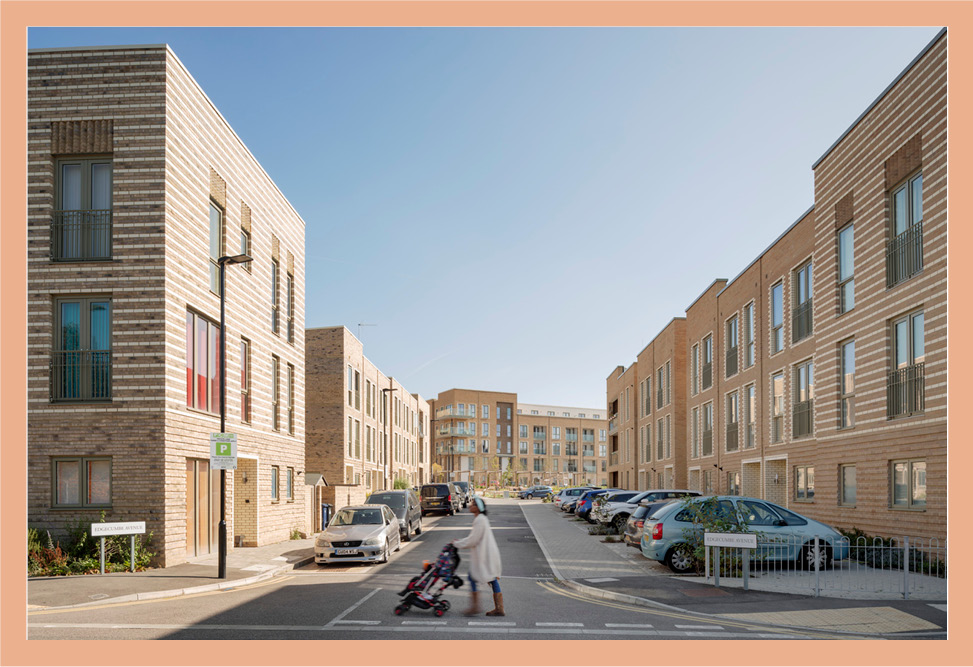 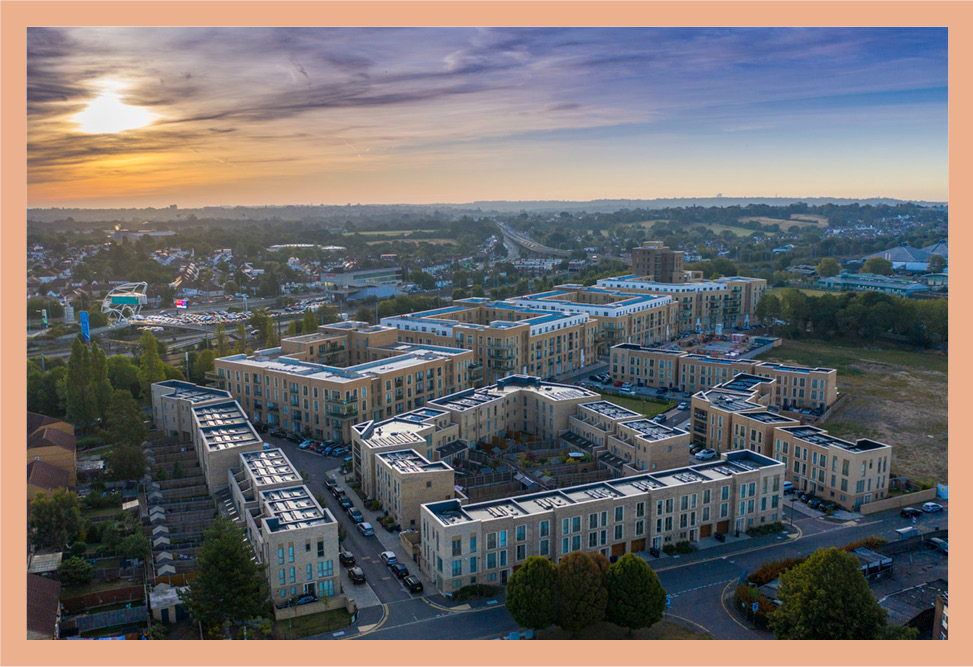 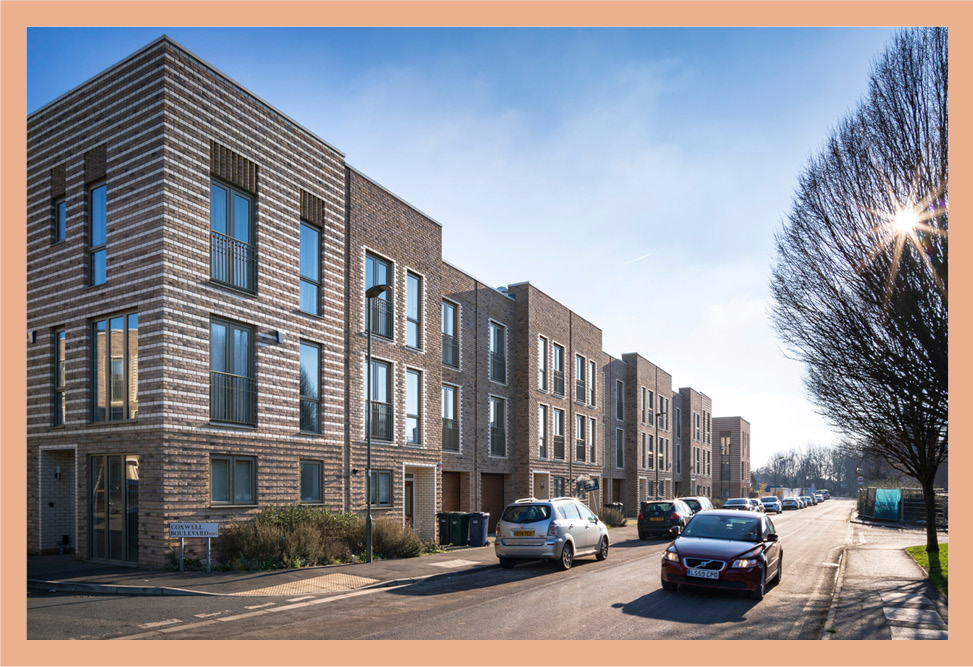 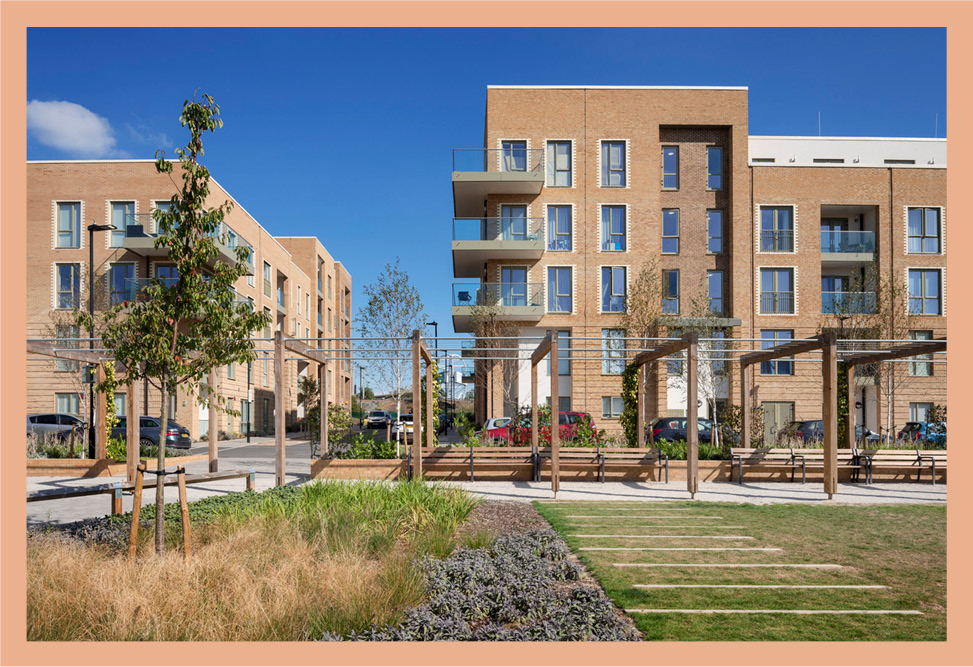 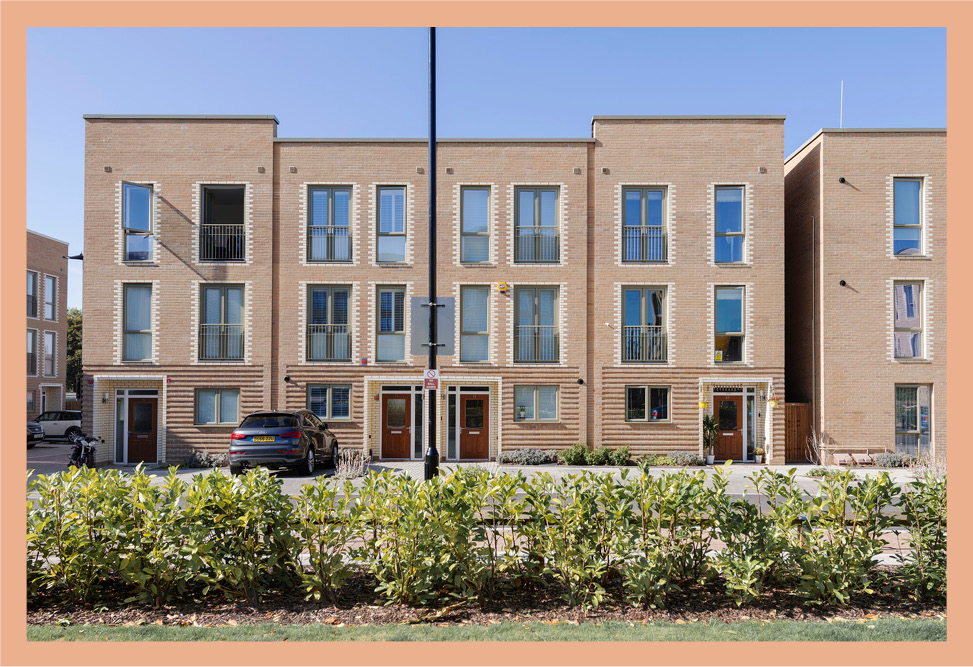 In the context of a masterplan strategy for the wider area HTA’s design for the high density, medium rise housing at Trinity Square is organised into streets and squares to create a new place through the close collaboration of HTA Landscape, Planning and Architecture for a major national developer.

In a physical context of high density 20th Century suburban housing and major transport infrastructure the site was the relocated Barnet and Southgate College, which had been identified for redevelopment in the Colindale Area Action Plan prepared by the London Borough of Barnet. The plot was intended for provision of a new school and housing connected to a network of pedestrian and cycle routes and transport hubs. In 2014 HTA was approached by Barratt Homes to design the housing, submitting the planning application in record time achieving around 400 homes of mixed tenure and size including houses, maisonettes and flats.

The perimeter block with parking under podium became the principal organising element of the layout in four variations of increasing height. Each block comprises a mix of maisonettes and flats, with the majority having dual aspect, and parking provided beneath a podium carrying a garden at first floor. From 4 and 5 storeys the perimeter blocks rise to a high point of 10 storeys becoming a landmark at the most prominent corner addressing road, rail and the distant city centre.

The elevation of each block provides active frontage to its street with front doors, balconies and front gardens, and emphasis is given to multi-unit entrances. The streets are formed by either terraced townhouses in groups with low rise blocks of flats turning corners or a mix of terraces and perimeter blocks. Vistas are given a focus to encourage route-finding and key points in the layout are articulated with brick patterns. An understated landscape design has created streets of a carefully balanced scale that reconcile amenity, servicing and parking, and a new public square with play area that provides a focus for the development and on the wider pedestrian network.

Trinity Square shows the effective application of the important themes of streets and squares, a mix of housing types and tenures at high density, and front doors on the street that HTA has advocated for many years. Successful organisers at all scales the value of streets has been shared through the publications Superdensity I and II and many completed designs, these important themes have once again been realised at a popular place with a distinct identity that is part of a wider community.