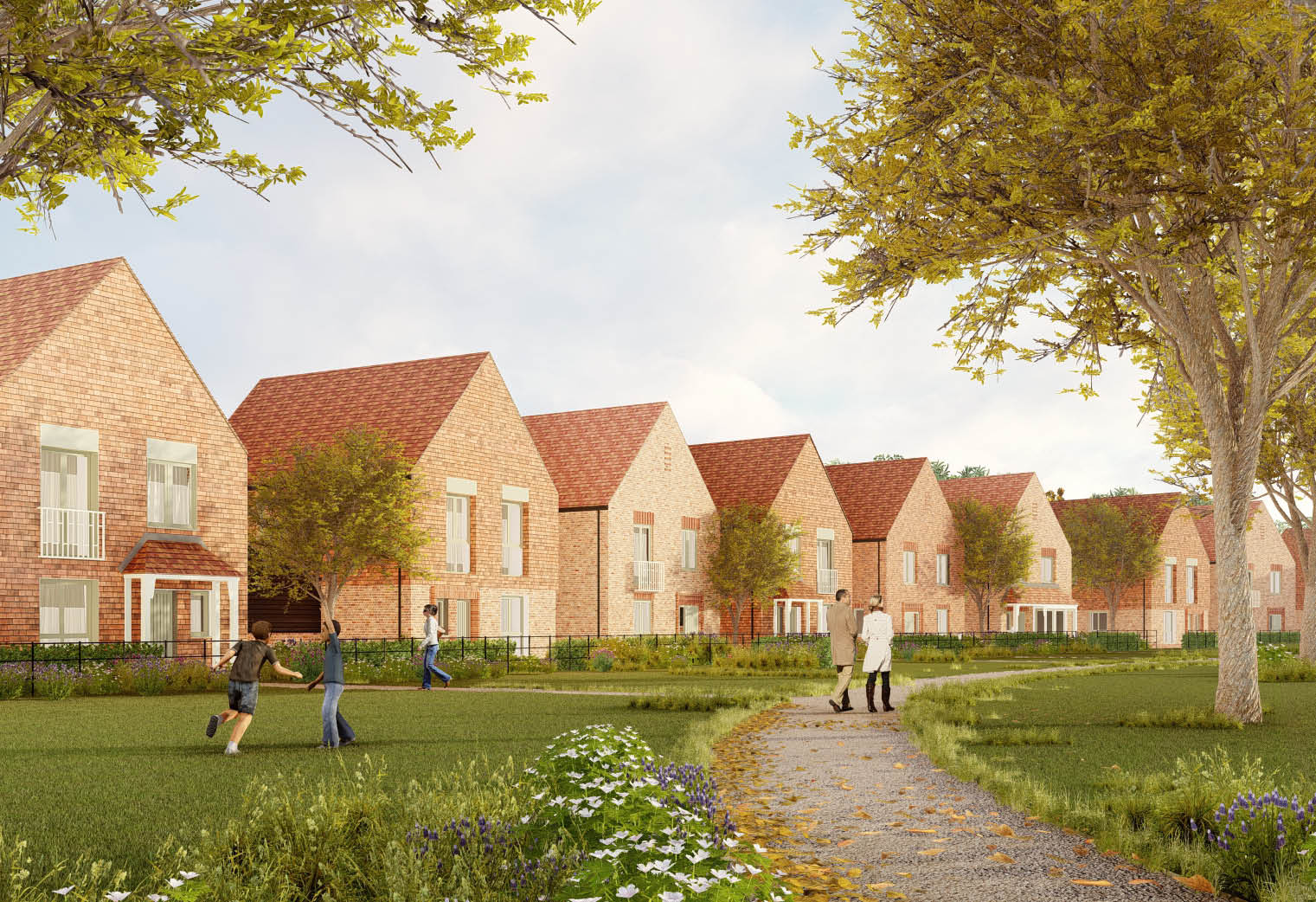 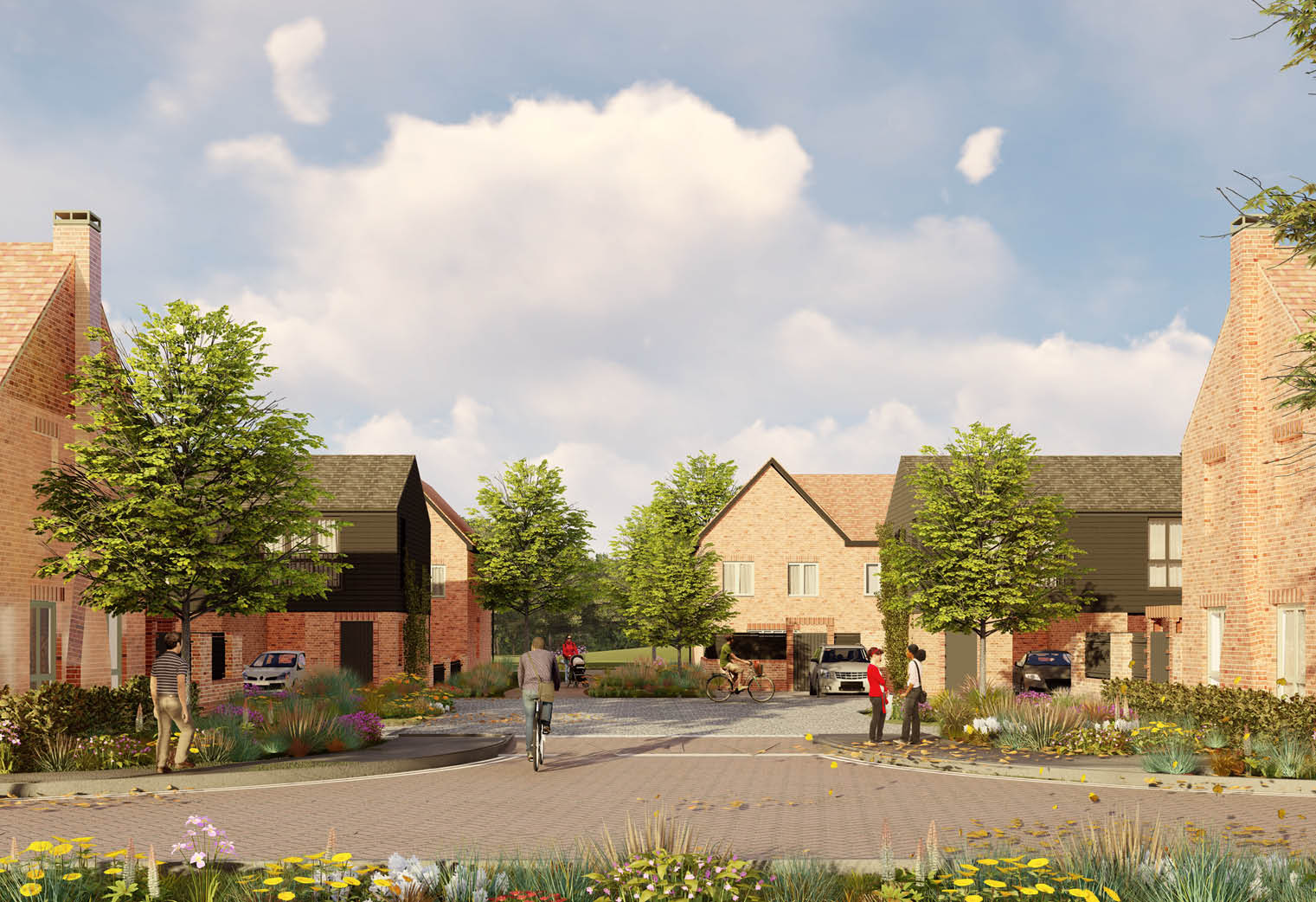 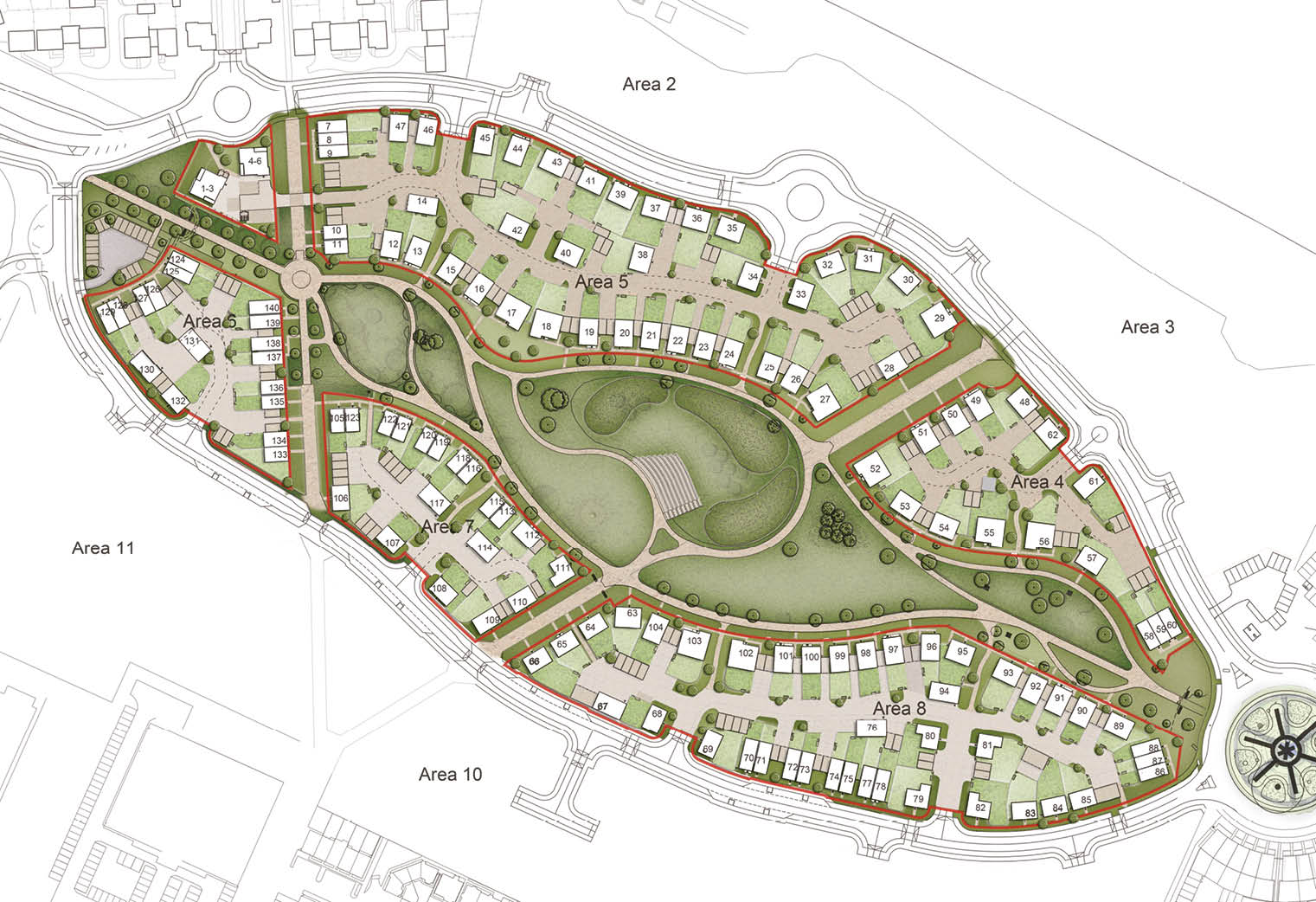 We are delighted to announce that Kings's Hill, Phase 3, Areas 4-8 has received planning permission.

Working with Countryside Properties, 140 homes in Areas 4-8 are situated around a linear park already established as part of the wider masterplan.

Kings Hill Phase 3, Areas 4-8 is comprised of 140 new dwellings ranging in scale from 2 bedroom apartments up to 5 bedroom houses. The wider Kings Hill area is a mixed use development with over 2000 homes, commercial and retail space. It is situated on the site of the former RAF Kings Hill airfield, which has been developed over the last 25 years, and is noted for its rich, landscape led design.

Following on from our successful project at Area 1, these next areas of development were won through a design competition, again on behalf of Countryside Properties. The site itself is a series of development parcels around the linear park already established as part of the wider masterplan. The parcels are tightly constrained by the as built park and road network, resulting in an access strategy based on a series of mews streets with access to the rear of each house.