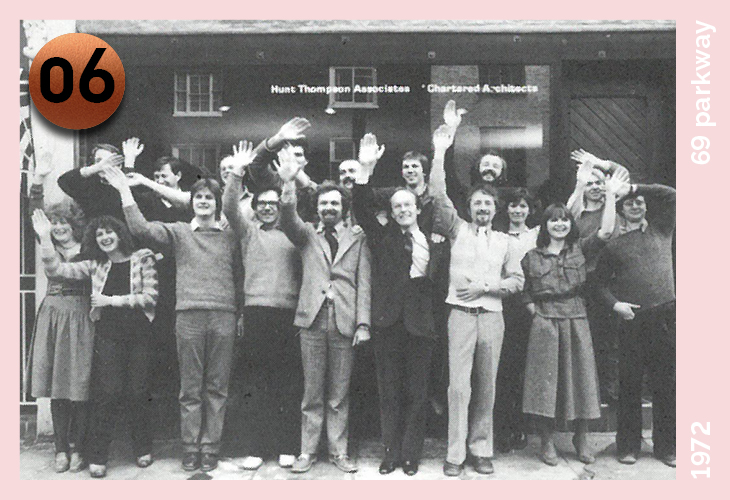 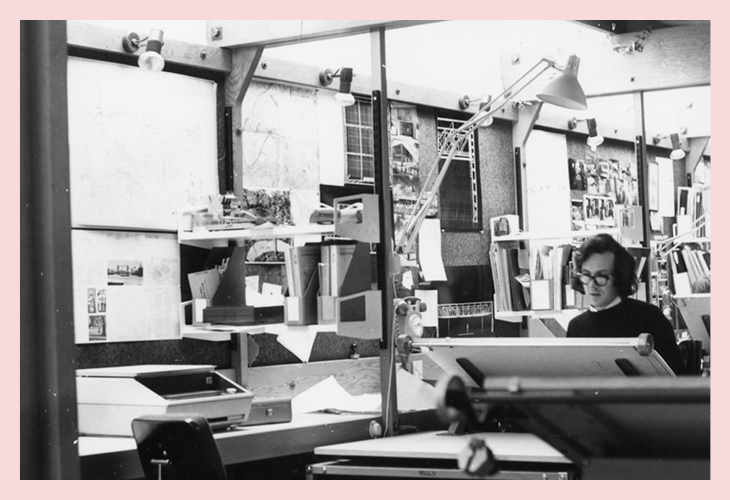 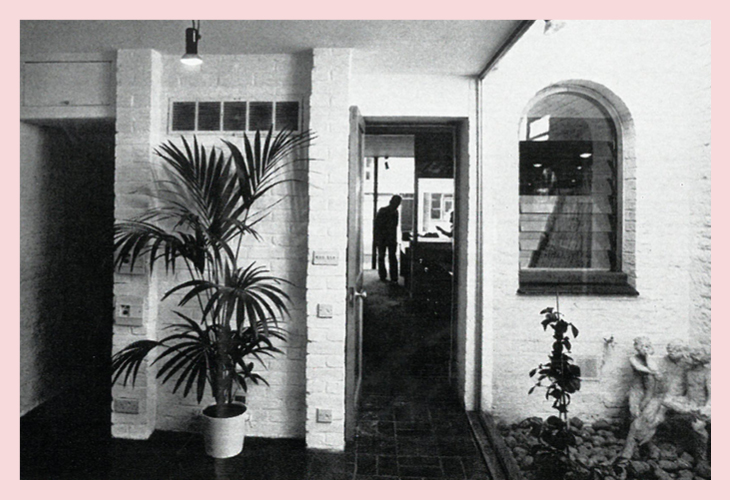 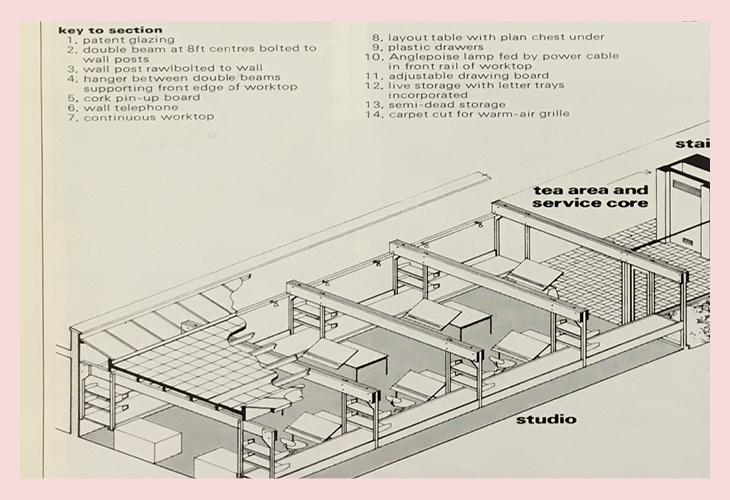 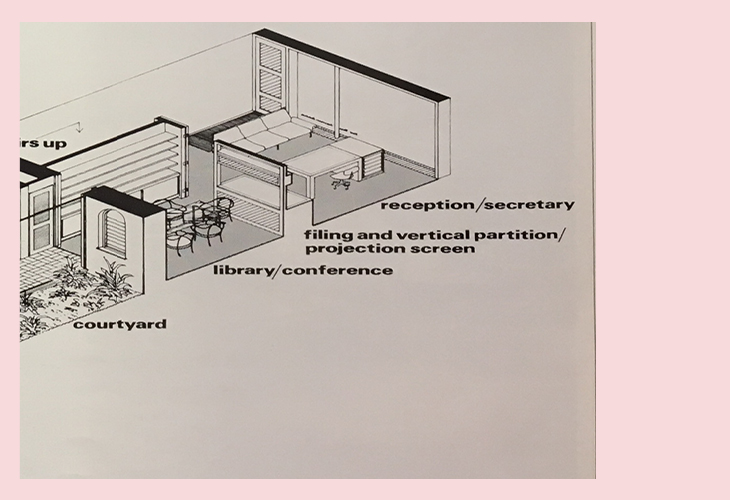 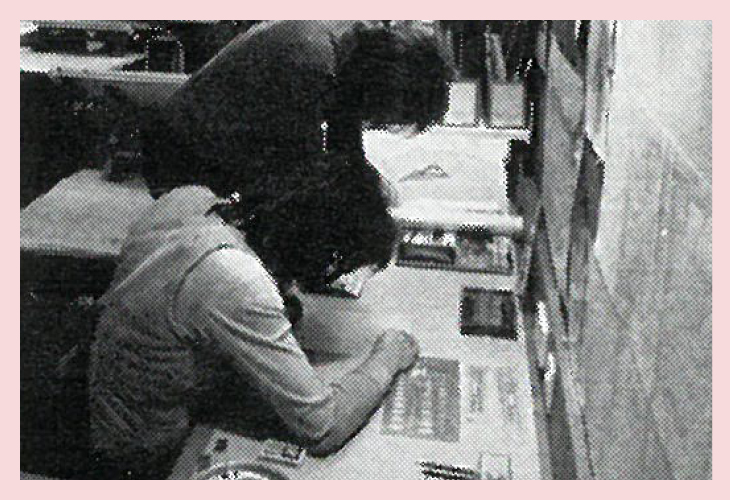 Having established their practice at Cambridge School of Architecture, Bernard Hunt and John Thompson bought and converted 105 Albert Street, Camden, as their first residential conversion in London. A room in Lawrence Isaacson’s office in Dorset Street served as an office until they also bought 69 Parkway round the corner from Albert Street, to become the first office of Hunt Thompson Associates Architects. An early success for the practice was publication of this office conversion in the Architectural Review.

John Thompson’s design revealed an early passion for detail and a delight in craftmanship. The conversion made extensive use of exquisite joinery with sliding sash springs allowing a retracting mirror and presentation screen to enable the flexible use of space. Extending out to the rear, a top lit studio space accommodated two rows of drawing boards, top hung from transverse double beams, either side of a central isle. The beams supported a first floor extension containing a dark room and photography studio for the third founding partner, Prince Richard, now Duke, of Gloucester.

In the centre of the ground floor plan was a light well between old and new and at the front was a shop window with a waiting area at Reception staffed by our first receptionist, Mrs Nolan who also made the practice’s lunch. Between these was the meeting room and library and where the team met for lunch when not at the Burd House.

Trained at Cambridge in the Modernist tradition, HTA’s founding partners asserted that whilst considering the various functions carefully, they sought to eschew coldness they considered can be found in much Modern Architecture. The careful consideration of light, the respect for craft, natural materials and the quality of open-ness are all evident in the AR photographs. The opening party featured crepes prepared by Ruth Rogers whose creperie had been near the Dorset Street office. The year was 1969 and Hunt Thompson Associates was established.