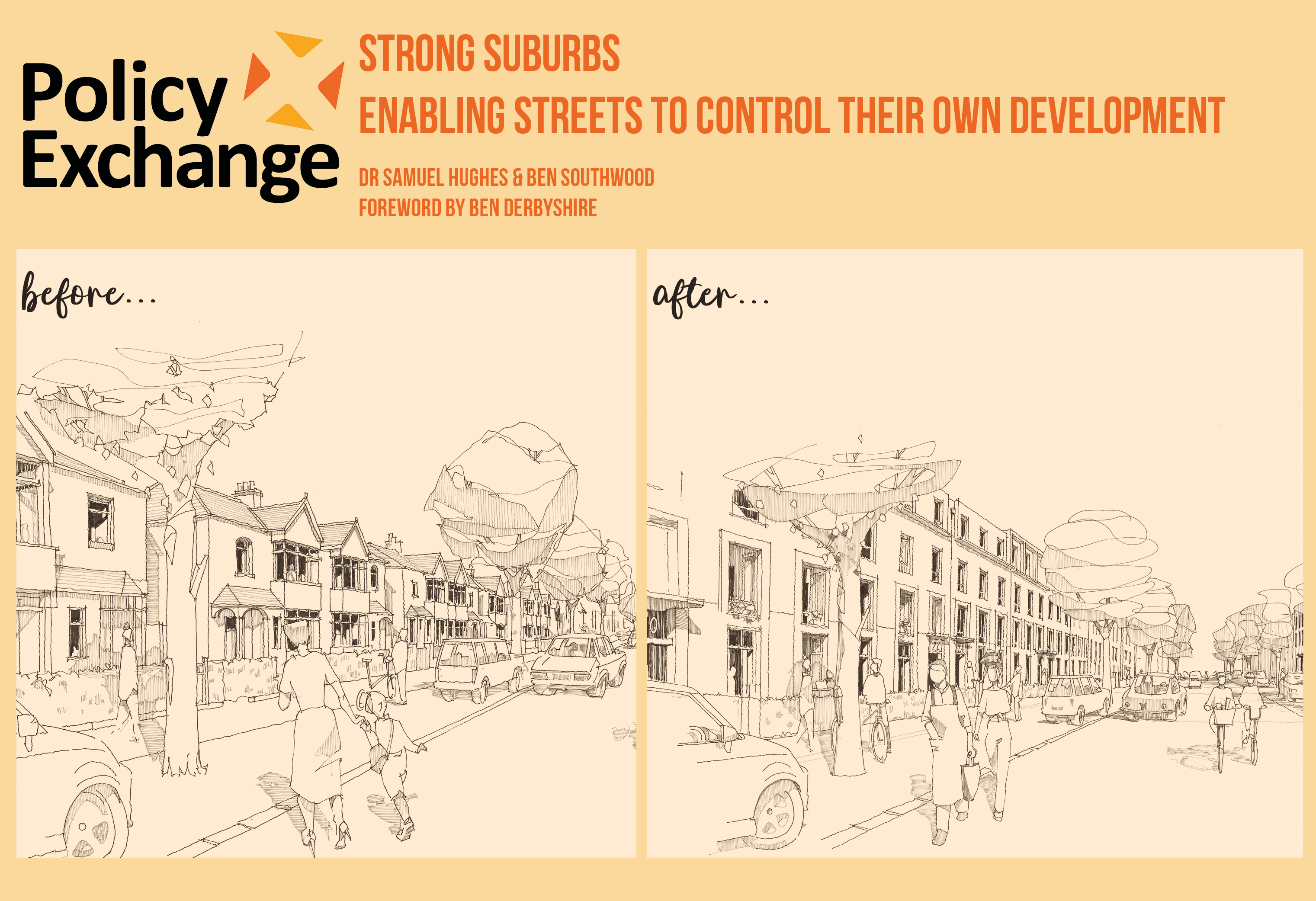 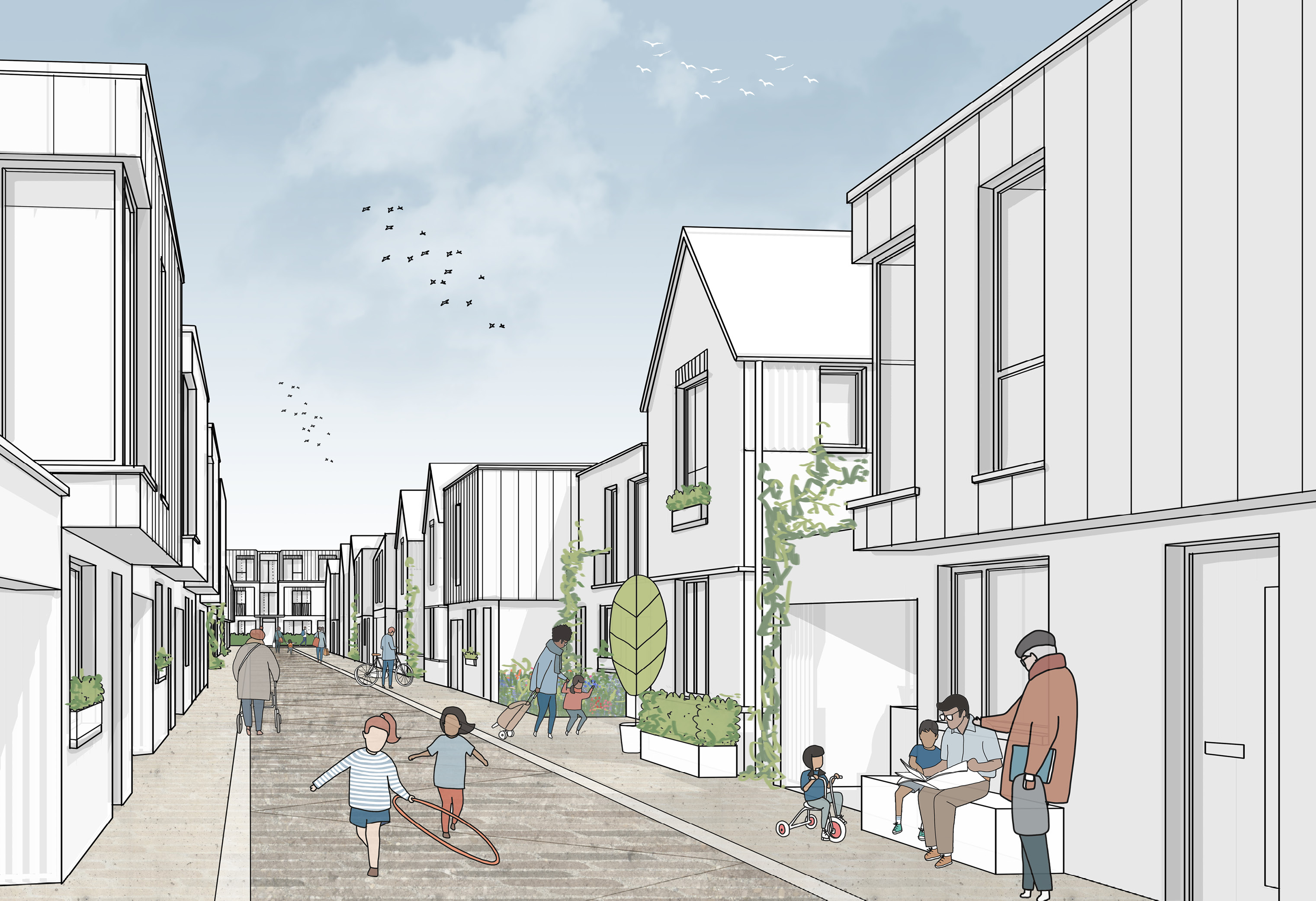 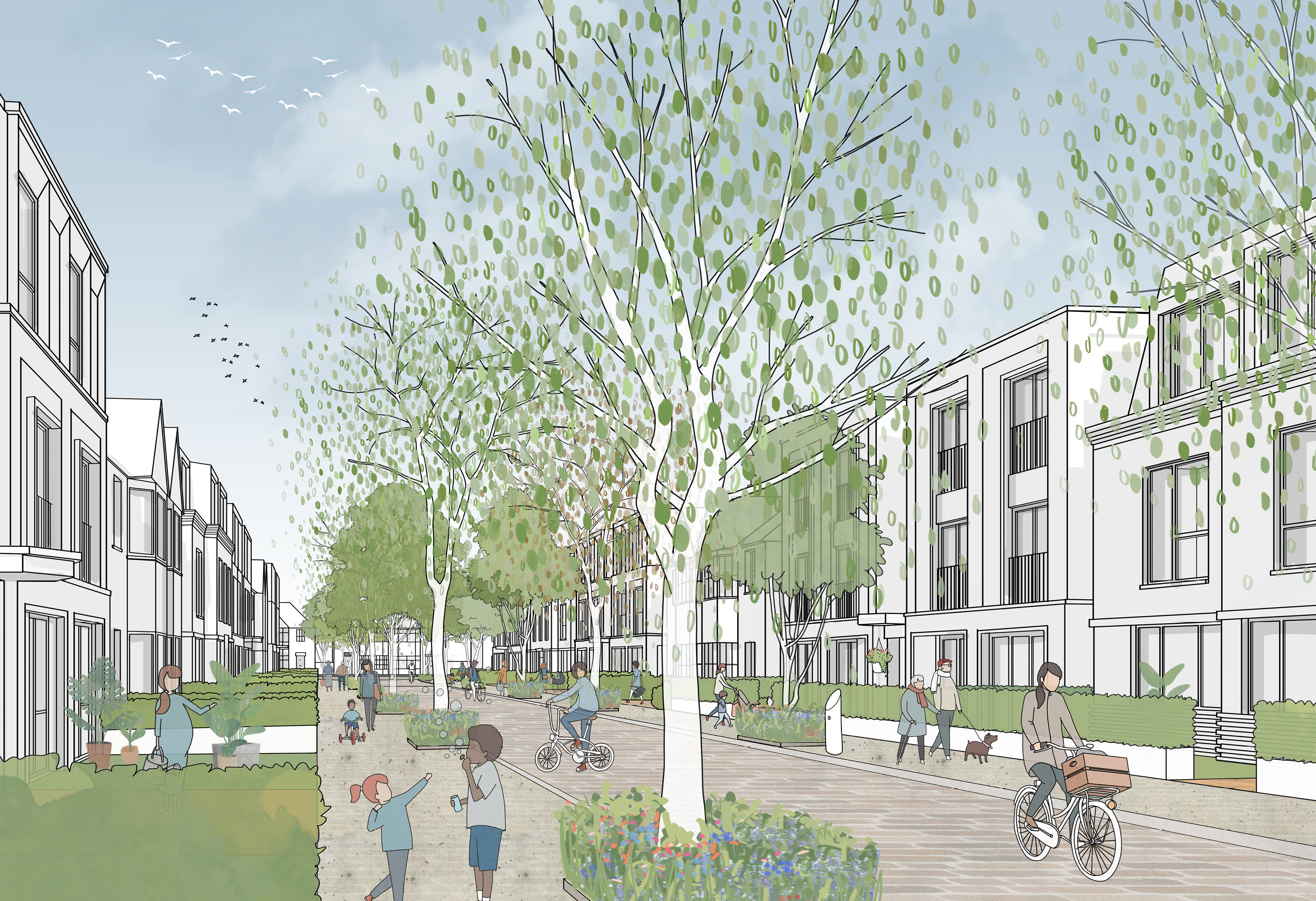 HTA were pleased to contribute to the Policy Exchange's Strong Suburbs report and we urge policy makers to take note of its proposals to address long-standing obstacles to the wellbeing of our suburbs.

The UK can protect greenfield and green belt land by unlocking space for millions of houses in popular Georgian and Victorian styles in the suburbs of British cities, says a new report from Policy Exchange.

Strong suburbs, by Dr Samuel Hughes and Ben Southwood, notes that Government has moved away from ‘top-down’ plans to encourage development in areas with housing shortages. Instead, it argues that a ‘bottom up’ approach driven by local communities will deliver popular and beautiful housing without the need for imposition.

The main proposal would let individual streets vote to give themselves planning permission allowing them to turn themselves from bungalows or semis into terraces.

The report lays out in detail how local residents could prepare and agree to a ‘street plan’, and how they could profit from its implementation. The street plan would include rules around parking, contributions to local authorities, heights, and design. It would also include strict restrictions designed to protect light, shade, overlooking and visual impact on neighbouring streets. Policy Exchange’s proposals have been reviewed and approved by several of the country’s top planning lawyers.

Groundbreaking new modelling shows that the average homeowner who did take up the scheme could make hundreds of thousands, and on occasion millions of pounds, depending on where they live (league table below) – after building costs and costs of finance.

The idea would generate large flows of housebuilding opportunities for small and medium sized builders across the country, helping to pull Britain out of the Covid slump with outdoor, ventilated job opportunities at a range of skill levels. This would mean an estimated £33bn spent on construction every year, creating a sustainable construction boom to fire the economic recovery after Covid.

The paper argues that street votes would:

The report contains a foreword from Ben Derbyshire, immediate past president of RIBA, and chair of HTA design. HTA's Supurbia concept is a key inspiration for Strong Suburbs