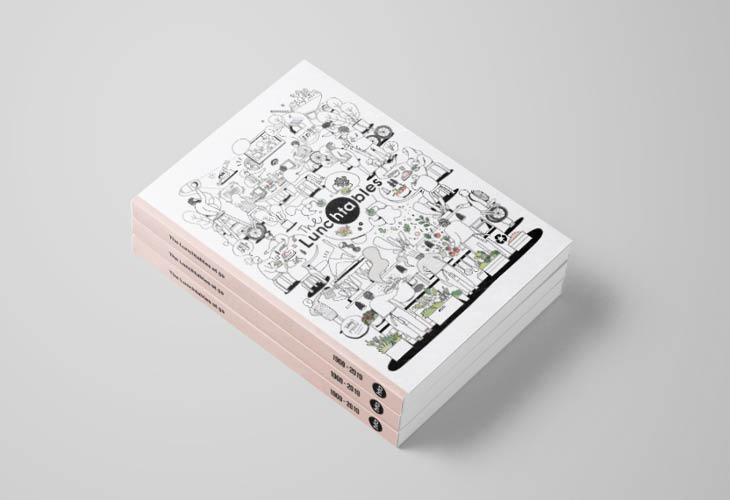 'Nothing in the world is better than lunch’, announced Ian Martin, noted comedy scriptwriter and erstwhile architectural journalist, when arranging such a lunch in Soho recently to include him, me, and our right honourable and learned colleagues Cath Slessor and Christine Murray. Having known Ian since around 1980, I knew to book the afternoon off for this. And indeed we started at 1pm and finished at 4pm. On a Monday. This was actually quite abstemious by Ian’s epic-lunching standards, but he had work to do, scripts to polish. And anyway, who ever made a Venn diagram in which the circles of ‘lunch’ and ‘companionship’ could not intersect with ‘work’?

I think the immediate past president of the RIBA, Ben Derbyshire, might agree. His practice HTA is 50 years old and now 200-strong. It’s always been about lunch, apparently. The founding quartet of Bernard Hunt, John Thompson, Prince Richard, Duke of Gloucester (a trained and practising architect) and Edward Burd used to meet daily for lunch at either Burd’s or Thompson’s house in Camden Town. When the practice grew they made sure they had a kitchen and communal lunches. So it has continued to this day, with the kitchen as the visible heart of the HTA offices in London, Manchester and Edinburgh. It’s obviously good for the staff but it was also noted early on that clients would increasingly tend to book meetings for 12.30 in order to catch the HTA lunch.

Who ever made a Venn diagram in which the circles of ‘lunch’ and ‘companionship’ could not intersect with ‘work’?

HTA’s version of an anniversary book is a book of recipes. It’s called ‘The luncHTAbles’. A mere 22 of the firm’s projects are presented from the 50 years, concisely illustrated and described. These are vastly outnumbered by the 58 recipes, each properly presented with professional food photography, all drawn from the expertise of the practice’s chefs and other staff.  There are vegan and vegetarian dishes, pasta, meat and game dishes, fish and seafood, breakfast specials and puddings.

I am not the most adventurous of cooks but I’d feel confident tackling these recipes which are mostly pretty simple, even basic, but good and non-wasteful. The diametric opposite of those fiddly modish recipes with a daunting list of expensive ingredients that you can never buy in small enough quantities.

It’s an attitude to life. I think also of Cullinan Studio’s long tradition of the Friday lunch, always prepared by one of the team on a rota; of the communal kitchen tables of Snøhetta in Oslo and their six other global locations, providing delicious healthy food for everyone; the fact that every Maggie’s Centre is designed around the kitchen table; the way one of our MacEwen Award winners in 2017 was the Sheffield Foodhall project, built of donated materials and using donated food cooked by volunteers for customers including the homeless and socially isolated: and the work done in feeding and helping people by the charity Crisis. Consider supporting such charities.

As the man said, nothing in the world is better than lunch. Especially at this time of year.

HTA receive a successful resident ballot at Calverley Close, with a 80% turn out and 60% voting in favour