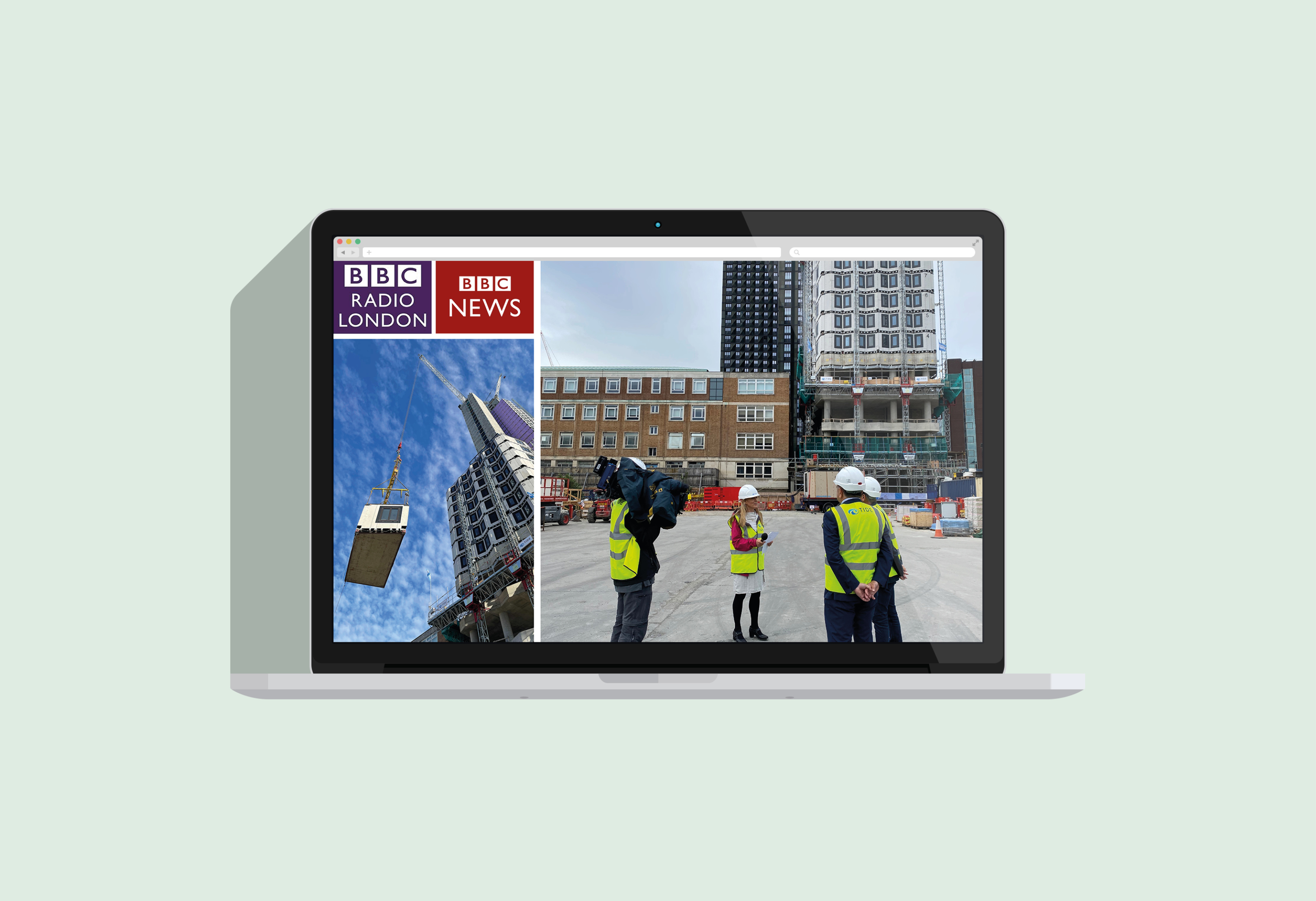 In anticipation Boris Johnson’s key speech, where he cited the ambition of using modular to increase housing supply,the BBC met HTA and Tide Construction at the College Road site in Croydon for an interview.

Simon Bayliss and Christy Hayes, CEO of Tide talked about Modular construction in Croydon on BBC Radio London followed by BBC news coverage. They spoke about the benefits of modular in particularly referencing the report out this week by Cambridge University and Edinburgh Napier University which found that using Modular in two Tide developments – George Street and The Valentine has saved 1.3m trees worth of Co2 in a year. The construction process of both developments has reduced carbon emissions by 45% to 50%.

‘This is designed as a permanent long-term solution. It’s highly engineered and will provide fantastic housing for many decades to come for people to live there. Modular construction can deliver buildings up to half the time of traditional construction much quicker, with much less disruption, but it can also reduce carbon – 28,000 tons of carbon was saved in the embodied carbon in the delivery of these two buildings. We believe it’s the future, and Tide Construction working with HTA are leading the way.’ - Simon Bayliss