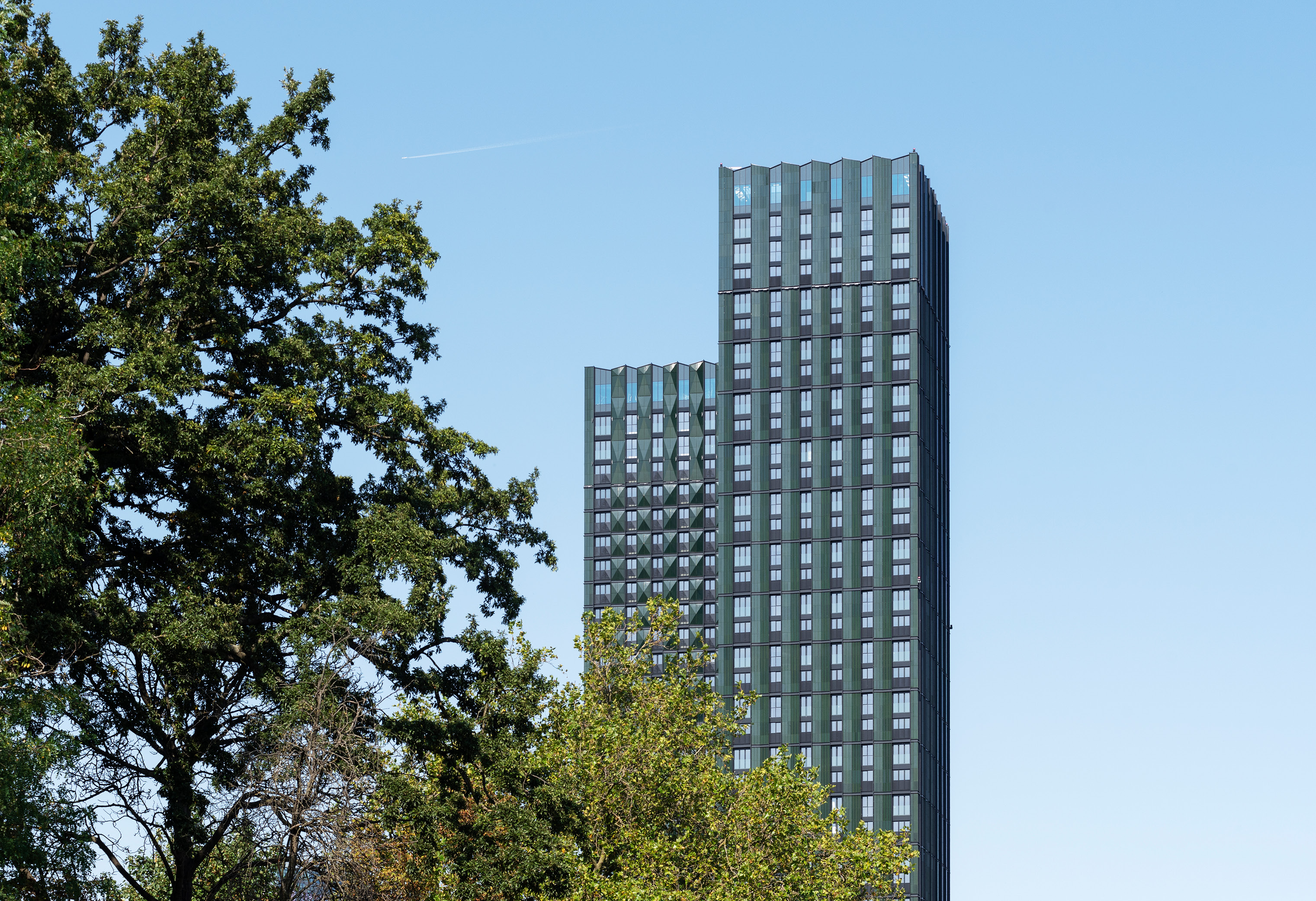 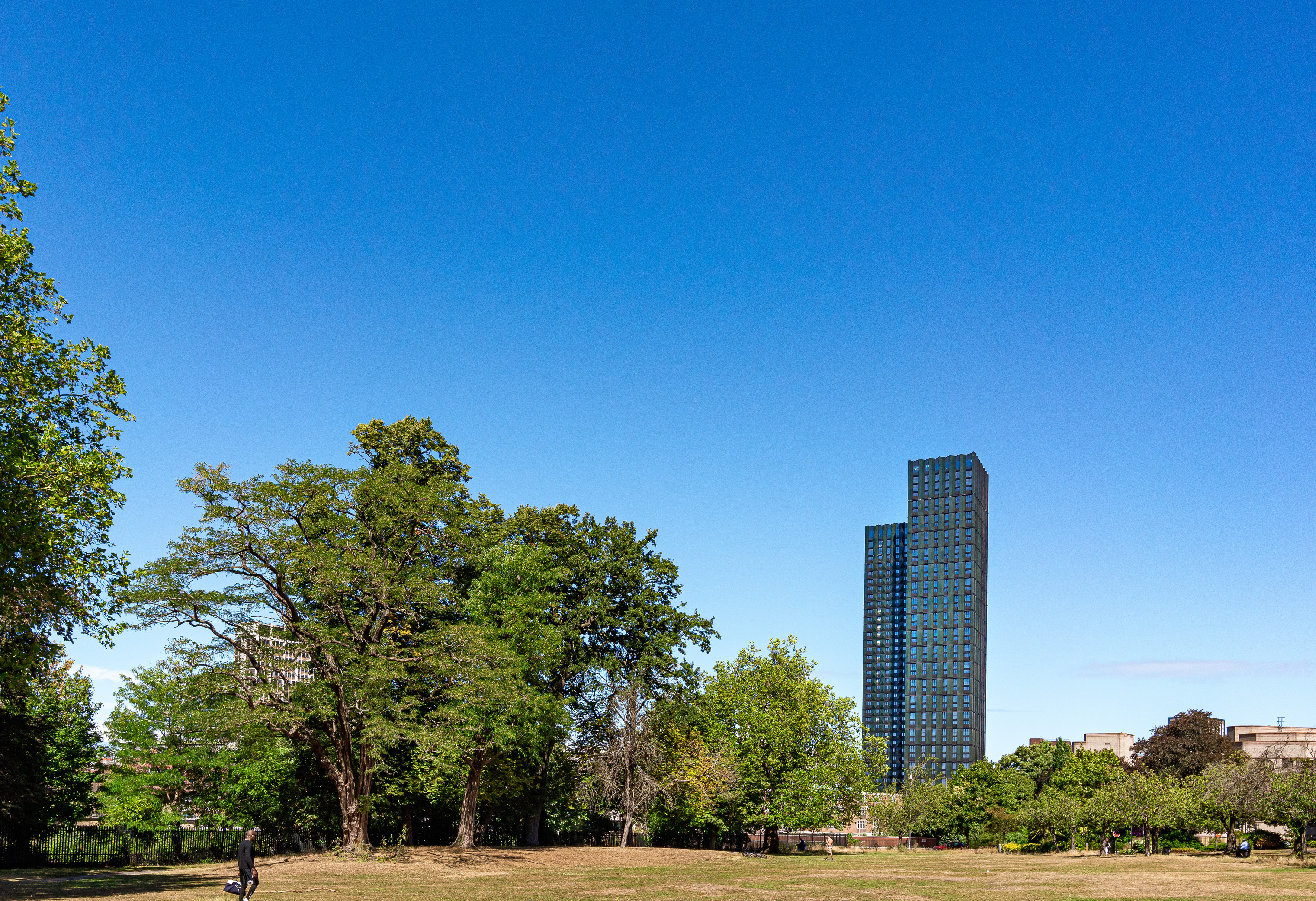 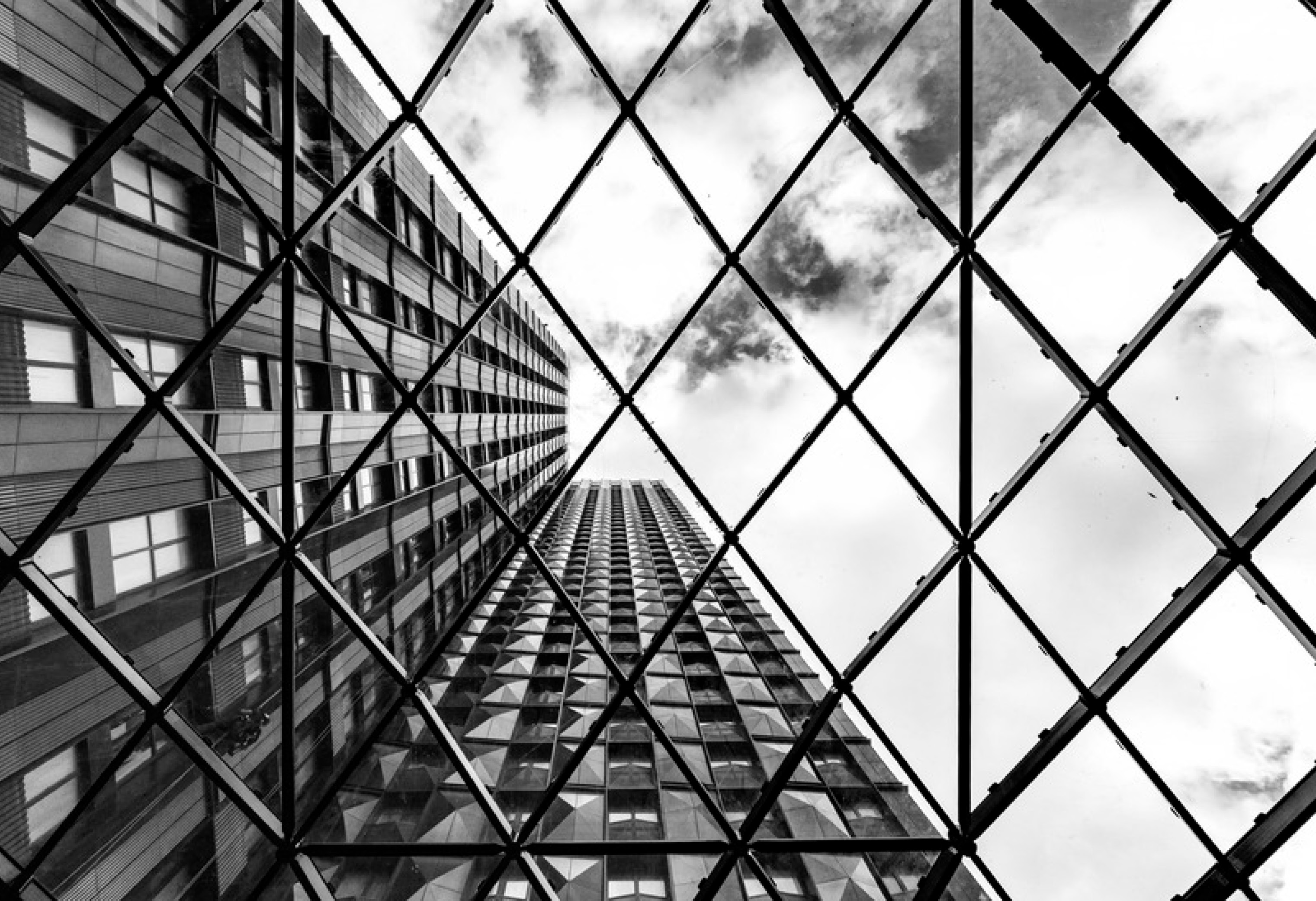 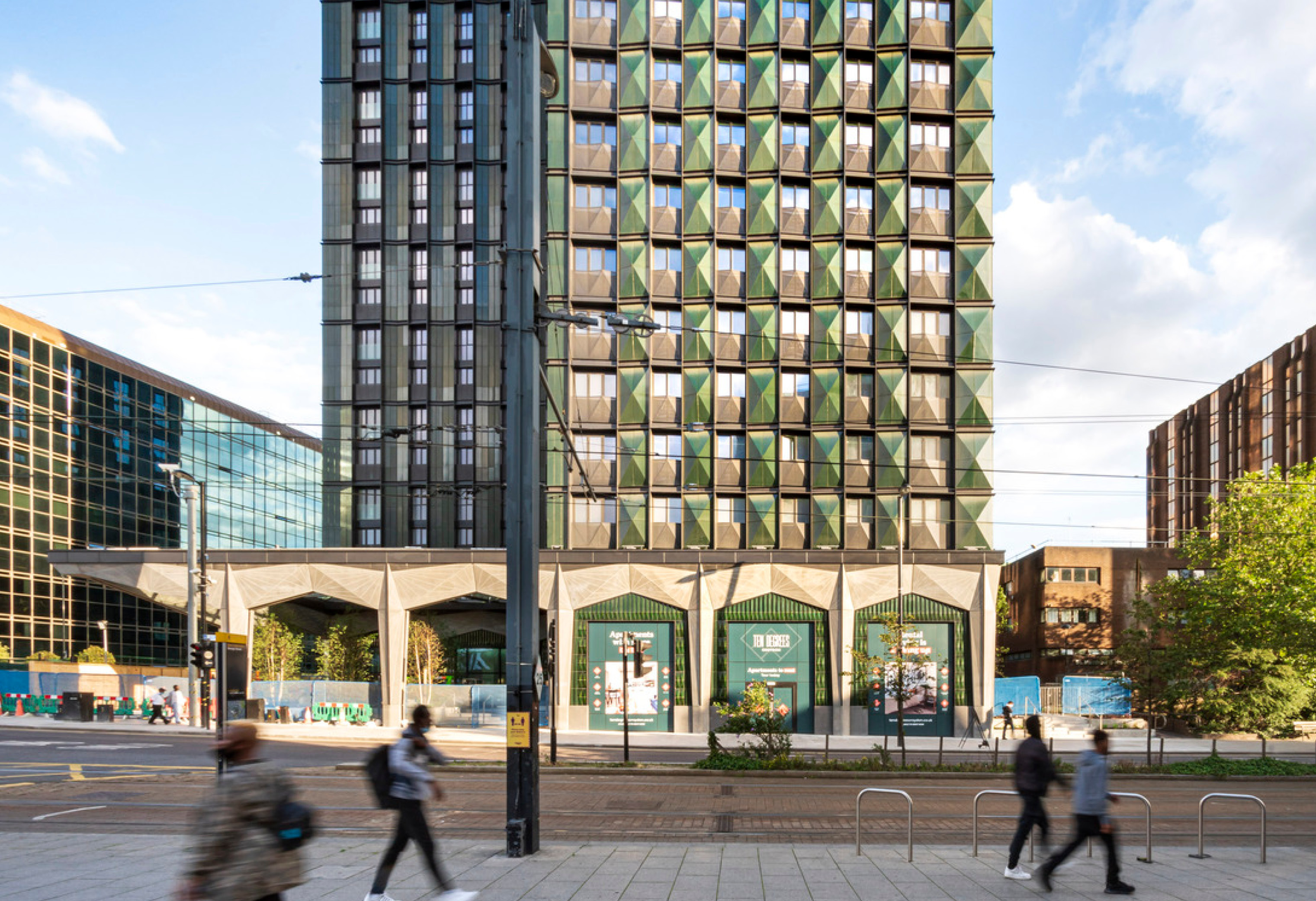 HTA are delighted to have been highly commended for Offsite Project of the Year in this year's Building Awards. Ten Degrees was up against a fantastic shortlist:

Ten Degrees, Croydon sets new standards of design quality and construction efficiency for high rise living in our urban centres. The build-to-rent scheme reaching a height of 135m delivers 546 homes within a pair of 38 and 44-storey towers, making it the world’s tallest residential modular building and delivered in just over 3 years from initial concept to completion onsite using offsite technology.

The building rises as two connected towers of 44 and 38 storeys that are offset from one another. The faceted geometries of the building emerged from an appreciation of the mid-century neighbours including Richard Seifert’s No 1 Croydon. The detail of each elevations varies the rotation of facade panels and depth of framing elements by orientation to control privacy and solar shading. The resulting subtle shifts in relief across the building are complimented by a glazed terracotta cladding which fold at varying scales. Their combined effect produces a jewel like skin rich in relief. The two towers are differentiated by subtle shifts. The taller element features a two-storey order, chamfered in plan and using varying rhythms of ribs to emphasise changes in plane. The lower element is closest to George Street and this prominent north facing façade is expressed in a more sculptural facade panel design - single storey bays are populated by origami like large terracotta cassettes developed with NBK specifically for this project.

The buildings incorporate over 1,500 modules that are manufactured and installed by Vision Modular Systems from their purpose-built manufacturing facility in Bedford. The aim was to ensure all rooms were each fully enclosed within a module to avoid open sided modules. The majority of internal fit out to each room is installed in the factory including electrics and plumbing, kitchens and bathrooms, before the module is transported to the site. The team averaged 50 module installations a week and the installation completed in October 2019. Each module has a unique structurally design for its location within the building, allowing for a highly efficient structure with the steel frame tapering in size from 300mm square sections at the base of the tower to 150mm sections at the top on a floor by floor basis. This efficiency results in a 6% gross to net gain compared to traditional construction and a floor-to-floor height which is around 200mm less than traditional construction. It also results in the most efficient use of materials.

For Tide Construction, Greystar, Henderson Park, Vision Modular Systems & HTA Design the main objective of Ten Degrees was to deliver well-designed, quality homes, faster, safer and more sustainably. As the world’s tallest modular building, the scheme has become a beacon for offsite technology and an exemplar of innovative modular housing, showcasing the best of British design, engineering and offsite technology.

"We are delighted with the quality and remarkable pace of delivery of Ten Degrees by Tide Construction and Vision Modular, which will have gone from conception and planning to construction in just over three years. Our rental housing developments across London demonstrate our commitment to finding innovative solutions for addressing London’s housing shortage. Croydon is emerging as an economically vibrant and culturally dynamic centre and it is going to need high-quality rental homes to support this stellar growth. As well as claiming the title of the tallest modular tower in the world, 101 George Street sets a new standard for rental accommodation in south London, with fantastic facilities for residents as well as civic space for the local community."

Two shortlists for the Planning Awards 2022