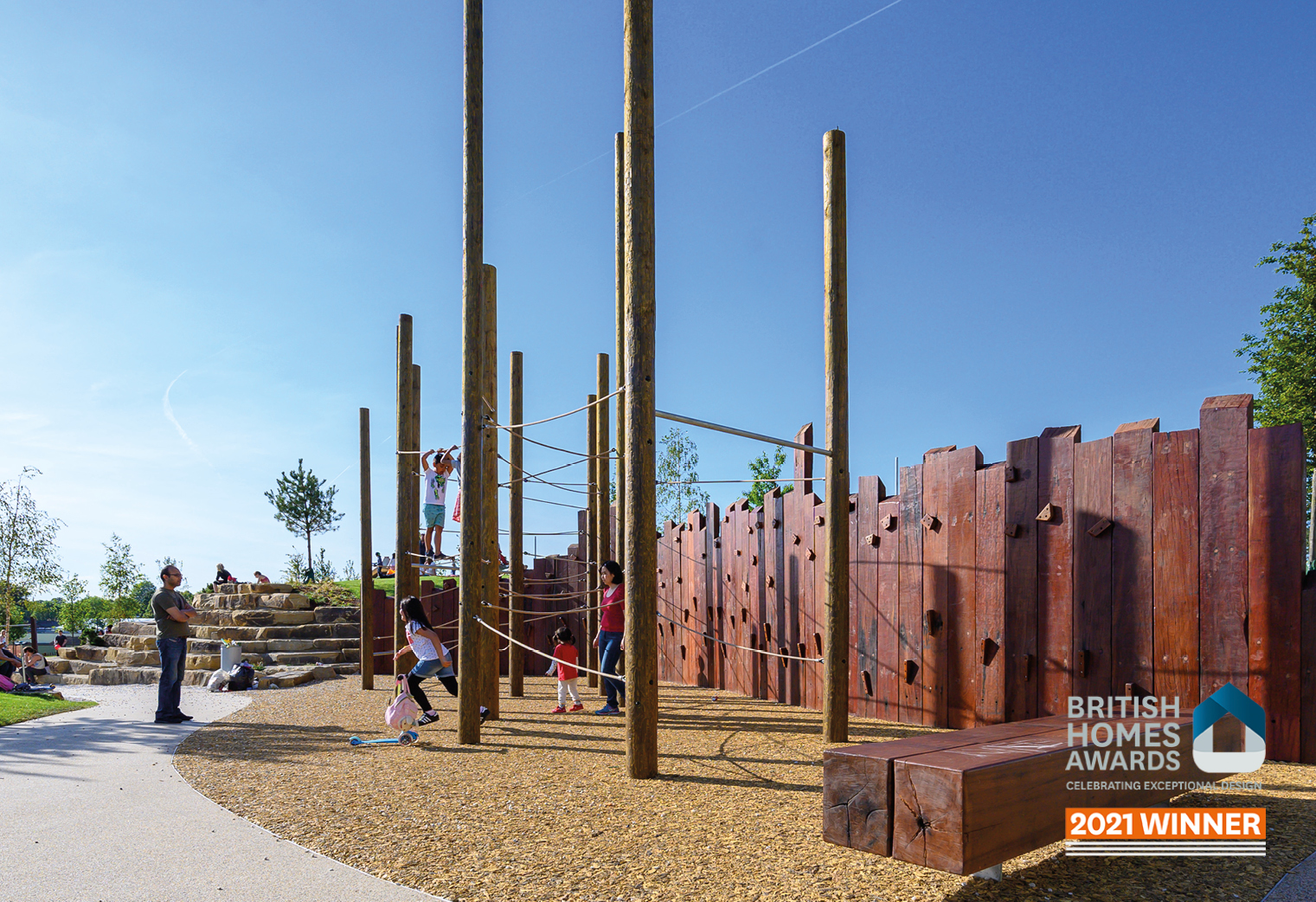 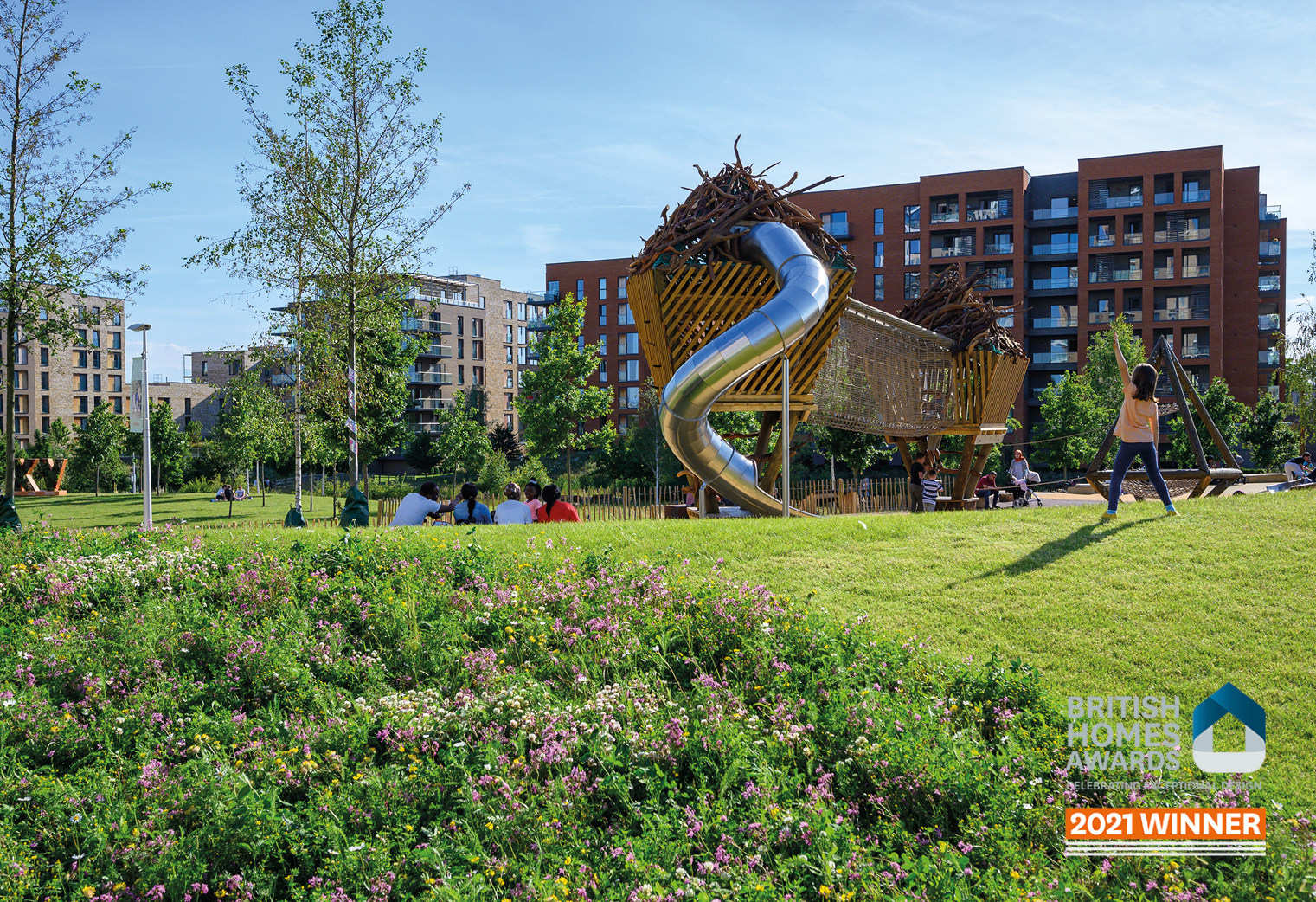 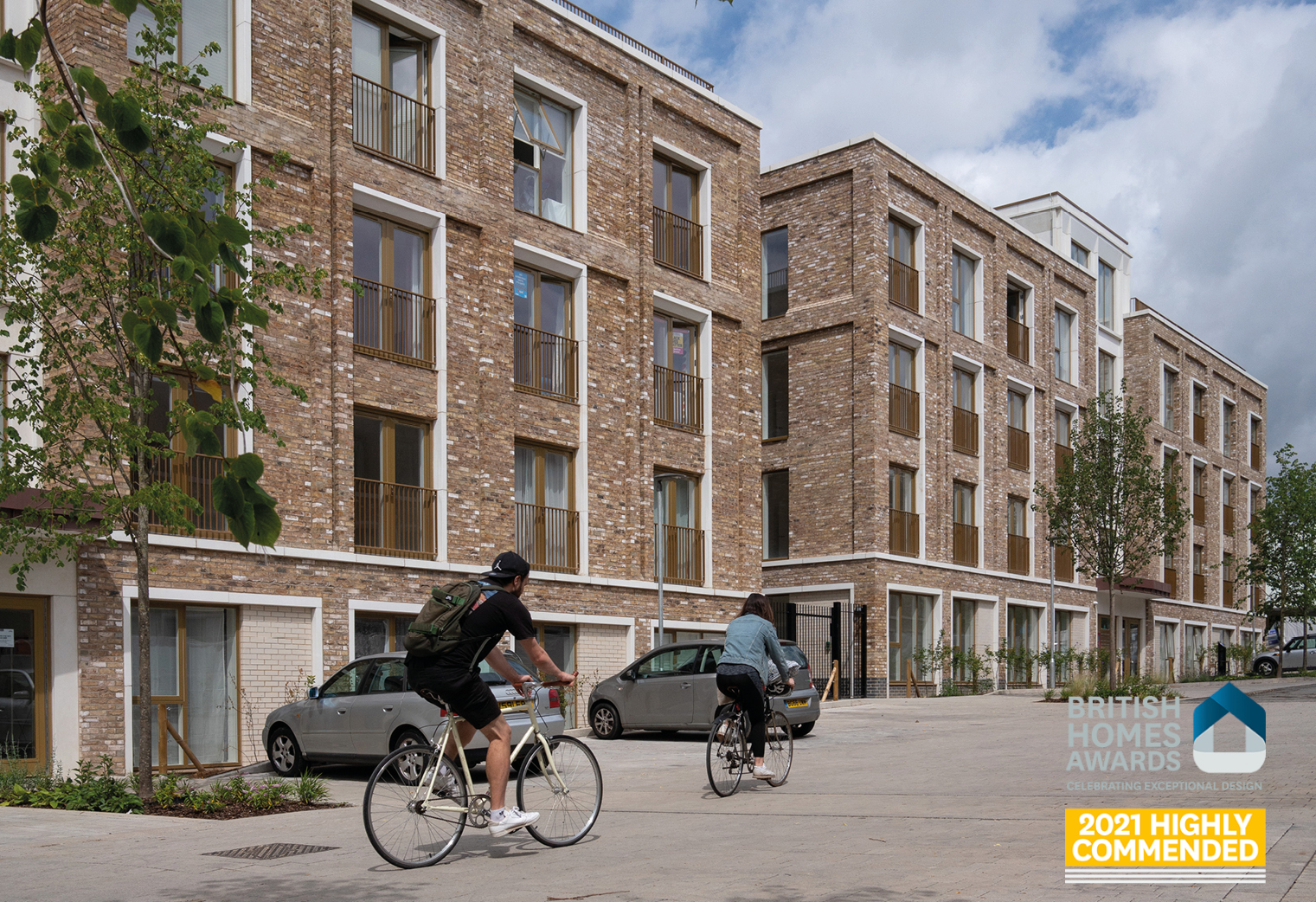 HTA are delighted to announce that we have won and been highly commended in the British Home Awards.

Cator Park transforms 8h of an existing underused parkland into a biodiverse park for people and wildlife at the heart of Kidbrooke Village.

The new Chalk Stream transforms an existing underused parkland into a biodiverse park for people and wildlife, supporting the network of Green Infrastructure beyond the site boundaries, offering places for the local community to grow. At the highest and most northerly point of the park, and at the source of the chalk stream we have created a 3,000m3 wild play space creating a biophilic experience for ages 0 to 100. Limestone outcrops and climbing walls enclose the space and bespoke natural play towers create a dramatic focus the space, materials used in the construction have been repurposed and upcycled from standing deadwood trees, air preserved and reused as climbing frames to greenheart groynes pulled out redundant Thames jetties to be used as climbing walls and benches. Local children have designed a ‘stepping stone’ trail made from cast iron from clay reliefs they created with the design team. The vision returns nature to the city and challenges the perception that urban brownfield development cannot contribute to the wider ecological and biodiversity network whilst creating successful spaces for the community. Not only has nature returned but the parkland transformation has received an overwhelmingly positive response from local residents. This new park at the centre of the development will offer a legacy for the local community & London that will bring people together and form a sense of identity.

West Green Place is the regeneration of what was council owned brownfield land into a new residential street that re-provides community uses, opens a new access to Downhills Park and completes the existing Victorian street pattern that surrounds the site.

The design comprises 126 homes designed for Pocket Living. They are organised along a new tree lined street with a generous public realm and entrance square forming the main point of arrival from the north. At the southern end the site opens up to reveal residents raised planters used as allotments and an orchard. The buildings are split either side of the avenue with flats arranged as pavilions along the park edge to the west. On the opposite eastern side of the avenue are predominantly two and a half storey townhouses, arranged in terraces of four, culminating in three storey flat blocks at the northern end, which faces the entrance square. This arrangement enables the houses to sit back to back with existing houses. The scheme establishes new public routes between the existing residential streets to the west and the park to the east. Community uses that previously existed on the site (in run-down or poor quality temporary buildings) have been rehoused in a new, purpose built home that forms a key element within the new development. This anchors the entry square space and ensures integration with the existing neighbourhood by providing a new focal point for the whole community.

Two shortlists for the Planning Awards 2022