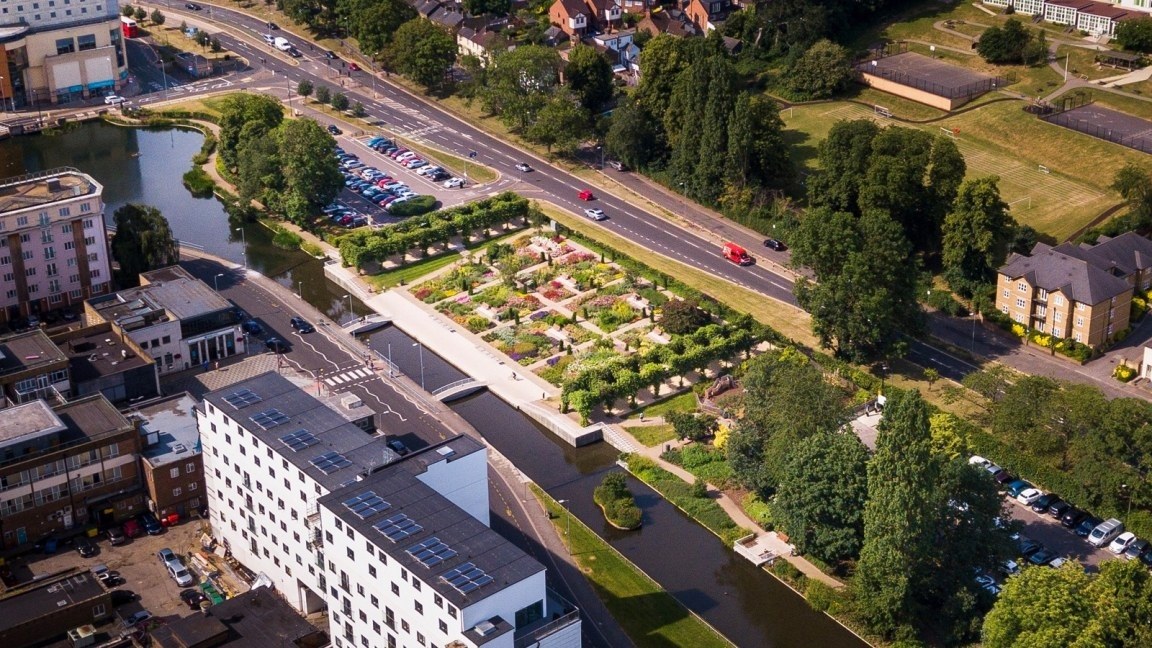 HTA are thrilled to announce that The Water Gardens are one of 147 projects which have been shortlisted out of 240 National and International entries following the first stage process. The Regional Finalists will now be reviewed by the Civic Trust Awards and AABC National Panels who will consider them for a National / International Award or Commendation. The SGA Judging Panel will also meet to consider the quality of universal design standards by the assessor nominated regional projects in order to determine the overall SGA winner.

The Gardens were designed by the renowned landscape architect Geoffrey Jellicoe in 1962 and are a highly significant example of post-war twentieth century modernist landscape. The Water Gardens received a Civic Trust Award in 1965 and they were placed on English Heritage's Register of Parks and Gardens of Special Historic Interest in 2010. The restoration began in 2012 and was completed in 2017 – and are now once again an outstanding public space and source of pride to local residents, and they won a Civic Trust Award at the time of their original making in 1965.

The Water Gardens project preserves a rare and highly significant example of mid twentieth century design. It restores its lost character, creating a revitalised, well used and busy park that functions as the primary open space for the town centre as was intended.

Applicants will be notified on Monday 17th December whether their scheme has been successful at National Panel stage (and therefore a 2019 Winner), or whether it will remain as a Regional Finalist.