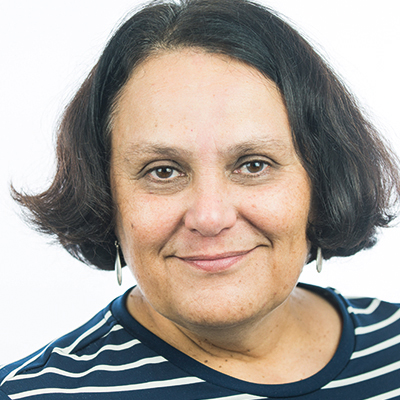 Mary Davis joined HTA in October 2010 and started with the Dee Park Team on the regeneration of Dee Park in Reading. She progressed to running two phases of the Dee Park project. She became Associate in 2013 and Senior Associate in 2015. Mary continues to deliver projects and has a technical lead role in her team.

Mary started her career in South Africa and came to the UK in 1985. She worked as a technician with John R Harris Architects for almost fourteen years before Geoffery Reid took over the John Harris practice. She had a break in her service working for a short period for RSP Architects.

She was with 3DReid until 2010 as Project Leader carrying out detailed design, production information, specification writing and contract administration. Mary’s main interest lay in project delivery and her main projects before leaving 3DReid were, 175 Oxford Street, Bristol Airport extension, the Regeneration of Feltham Town centre and The Rushes in Loughborough.

Mary Started on the Dee Park Regeneration Project as Cad Technician and ran the two Phases with a team. She also produced the Production Information packages for the Northshore Development for Lovell’s. She managed the team delivering the production information package Gilbert Street housing Development. Mary then moved on to the delivery of St. Agnes Place and Walthamstow Stadium for Quadrant Construction and worked closely with the contractor team and L&Q to deliver both residential projects, managing the production information and project management of both sites.

Mary is currently the technical lead on Greenford Green, one of HTA’s major current projects for Greystar and is assisting with the Stonebridge projects as well as technical assistance in her team. Mary has resumed her role on Specification writing, and produces specifications in both NBS create and NBS building at HTA.