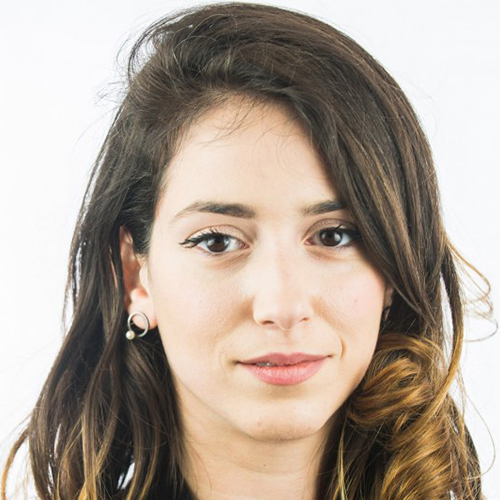 Pavlina started at HTA’s Edinburgh office in May 2014 as a Part 2 Architectural Assistant. In June 2015 she joined Caroline Dove’s design team in London, where she played an important role in the design development of several projects, including New Avenue; a residential development of over 400 new homes in the London Borough of Enfield.

Pavlina became a qualified Architect after graduating from the Westminster University Part 3 course in October 2017. She completed Part 1 at the University of Nottingham and was awarded a Masters Degree with Distinction from the University of Edinburgh. Her postgraduate thesis project Terrain Vague was exhibited in the Sculpture Court of the Edinburgh College of Art at the 2014 Degree Show.

The project was nominated for the RIBA President’s Silver Medal and put forward for consideration for the SOM Foundation Fellowships. Pavlina and her project partner have been featured in AJ’s “Student Shows 2014” edition as stand out students of the school.

Prior to working for HTA Pavlina worked for t/62 Architects in Greece, where she was involved in a number of projects for luxury private houses and commercial buildings.

Her experience is in residential, mixed use and educational projects with particular interest in sustainable development and regeneration in urban contexts.

Since joining HTA, Pavlina has assisted on a number of projects including concept and design development for Fizzy Living and Grosvenor PRS schemes in Finchley, London and Springside, Edinburgh. She has been involved in the production of several successful planning applications, including Queen’s House and New Avenue.

More recently, Pavlina has been assisting with production drawings for Cheshunt School, a residential development of 88 new private sale family sized homes for the finance of new and refurbished school and community facilities. Pavlina also worked on the infill housing project, Seasprite Close as part on the Ealing Garages Sites, working with Ealing Council and Hill Partnership on the development and detailed design stage of a number of former garage sites across Ealing for mixed tenure housing.

Currently she is working on the production drawings for New Avenue, following on from the successful planning application.