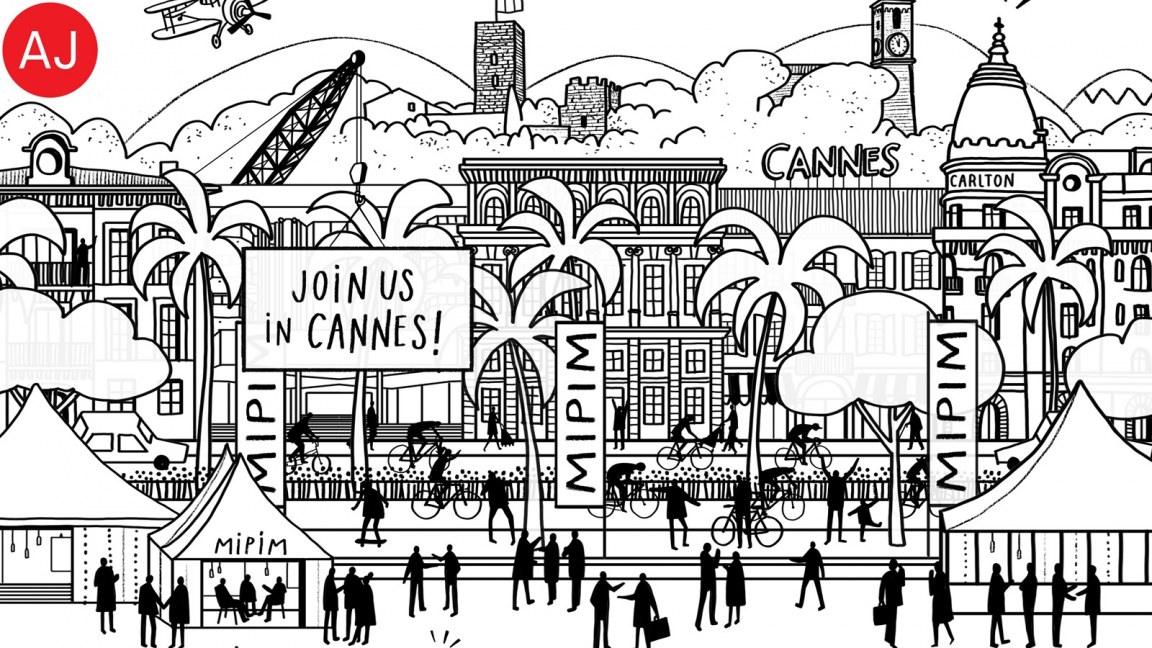 The journey begins
This year I will once again attempt to defy the extraordinarily disjointed infrastructure on arrival at the Cotes D’Azure. From Nice airport most people head for the taxi rank and a100Euro ride to Cannes. Alternatively, by way of the airport car parks, a multilevel intersection and a motorway underpass, there is Nice St. Augustin station. Last year I arrived before the ticket office had opened and the vending machines appeared only to dispense season tickets. Neither are the trains all that frequent. But it is a six Euro ride that gets you to Cannes station and a five minute walk to my habitual AirBnB. So I plan to give it another go. #ChangeIsNecessary.

Arrival
Never again. My EasyJet flight arrives at Nice terminal 2 – Twice the walking distance from Adlestrop-like Nice St. Augustin suburban station. My walk is an obstacle course of roadworks and temporary surfaces. But I take back my waspish remarks about disjointed infrastructure. The Nice authorities are building a tram line to the airport. I look forward to riding it next year.

Day 1
A record 28 RIBA chartered practices gathered on MIPIM opening night at our regular watering hole, La Maissouniere near station squarein Cannes. The freshest amongst us had travelled by train, James Gorst arriving only slightly late direct from the station. The ‘Cannes Cannes’ contingent, had taken a whole TGV carriage from Gare de Lyon, organised by Julie Fitzsimmons of Lodestar. This sounded like the way to go, except that after ten years, they now have the 60 regulars they need. Maybe there is a waiting list? That’s not surprising as Julie organises a hamper for everyone and samples from all the wine growing regions en-route.

Stephen Hodder was amongst latecomers delayed at the Manchester launch because the normally palatial Manchester stand had been washed away in yesterday’s strong south easterly. Unabashed by this tragic start for his home city, Stephen was on top form, with projects all over the UK and proudly displaying images of his Stratford High Street project in east London, nearing completion. But the smart-phone image show-and-tell went to James Gorst for his almost complete family home in the Canadian Rockies for a wealthy venture capitalist. Venture capitalists like their architects talented and untried, explained James. No OJEU procurement problems there, then.

On which subject, we start the week in a strange state of unknowing which none of us could have anticipated this time last year. Nothing is settled until its all settled, we are repeatedly told. So, unsettled about what Brexit holds we surely are. Except that there is a real esprit de corps amongst the RIBA MIPIM 2018 portfolio of practices and a sense that we should be out here creating the allegiances we will need for the future. Good to see Chris Williamson in our midst therefore, as affable and confident as ever. Emboldened by two major project wins in Australia, it’s great to have him on the case as International Vice President at RIBA, working up a strategy for Europe and beyond.

Day 2
My first email of the day is from Linda Stevens, the excellent project manager of the RIBA delegation here, with the exciting news that I have an article featured on page 32 of the MIPIM News. Linda is a cup-half-full person. I am left wondering about the vast amount of printed verbiage around here and whoever gets to read it. I’m left reflecting fondly on my first faltering steps here 20 years ago when I brought bundles of leaflets along. This year I forgot to bring my cards and it does not seem to matter.

The London Stand is heaving so I’m spirited away to the nearby HM Government stand for a brief meeting with the Metropolitan Mayor of Liverpool, where last year RIBA opened its northern HQ on the quayside. We discuss its application as example of the ‘Urban Room’ proposed in the Farrell Review. More and more of these are popping up in cities across the UK. I opened one in Nottingham last week - much less grand, but equally impressive in its representation of collaborative local networks.

Then back to join a panel of Heather Cheesborough, Sadie Morgan and Darren Rodwell answering questions from Peter Murray on our views of the Draft London Plan. There is lots to commend it, but in particular I think architects should be celebrating the first ever published planning policy that acknowledges the importance of continuity of design through the development process. I do know of some developers who deliberately oppose this and not for the best of reasons, so I hope there has been a fulsome response in the now-closed consultation so that the measure sees the light of day.

Then on to host a lunch in one of the quiet little restaurants around the headland to the West of Cannes. I discovered these years ago when they were little more than shacks and only a few of us were foolhardy enough to venture that far from the madding crowd. But today, my guests make the long walk to talk through their reaction to the Joint memorandum of Understanding I have signed with the Presidents of RICS and CIOB, committing RIBA to work with them to build in better quality outcomes, particularly from Design and Build procurement. We have a frank and helpful discussion with directors from Engie, Keepmoat, Crest, Catalyst, Clarion and Enfield Council. Watch out for the consultation on this.

On the way back, I’m in time to welcome the Club Peloton cyclists Grande Arrivée after five days of what Phil Coffey described as ‘worse than shooting yourself in the face’. Mind you, he told me that, stepping out of a sleek black VW Caravelle having left the peloton en-route! To be fair, he would have missed a critical meeting had he not, the whole journey having been delayed by the weather. Anyway, I was proud to see so many HTA Design Logos on the riders’ shirts – a consequence of our sponsorship this year which raised more than £20K for the Coram Foundation.

Then there was today’s Autumn Statement to address. I have issued a statement to say, ‘It beggars belief that over £800 million designated for affordable housing was returned to the government unspent.’ I suppose that will get me into trouble but hey, we do spend a lot of time at RIBA lobbying for public investment in affordable housing supply as a vital element of the nation’s infrastructure – so it would be a little inconsistent to let that one pass. I hope you’ll come and see me in goal….

Tonight a quiet supper to discuss the potential for air-rights permitted development which is evidently envisaged by the NPPF, but is not without its technical challenges.

Day 3
The day starts with breakfast hosted by The Housing Forum. Andy von Bradsky took over the chairmanship of this cross-sectoral membership organisation from me before I ran for the presidency at RIBA. It goes from strength to strength and Andy’s role as one of a growing number of architect expert advisers at MHCLG must surely be a boost. Their event is called ‘Stopping Building Failures’ and I come away with a handy little leaflet reporting that, according to warranty provider BLP, 90% of building failures are attributable to poor workmanship. Bring back traditional procurement and reinstate the clerk of works, I say.

I hasten to the London Stand to meet the new boss of Countryside Properties, Graham Cherry. I go back a long way with Countryside and have been through thick and thin with them as clients, to put it mildly. The late, great Alan Cherry and I got to know each other toing and froing by EasyJet to consult with the oracle-like Ralph Erskine on our project for the Greenwich Millennium Village in the closing years of the last century. It all went wrong for us then, but it’s a testament to the importance of personal relationships that we are able to discuss future collaborations with RIBA on the Housing Expo, estate regeneration for the future.

After that I host a lunch for some of the Chartered Practices represented on our RIBA stand to meet Roger and Gus Zogolovitch, Heather Cheeseborough and Pat Hayes – all variously engaged in promoting infill housing projects of one sort or another. I catch a great candid shot of Zog the elder beachcombing for shards of polished green glass (he promises to send me images of ‘the finished work’) before we sit down. The talk is of means by which we can make planning and the local acceptance of small interventions easier to obtain – perhaps through Local Development Orders. My partner at HTA Design, Sandy Morrison (AKA Sandys Drawings), fresh from the Club Peloton ride, captures the relaxed informality and mutual appreciation in a sketch.

Then I am on the podium at the London Stand chairing a panel on ‘Kingston Futures’; Local Authority personnel from and VC of Kingston University joining with Tony Pidgley and Tamsie Thomson to set out a vision for this historic Borough. Tamsie reminds us of the Elephant-In-The-Room, then she champions innovative placemaking and it’s no wonder that she is possibly one of the youngest ever awarded an Honorary Fellowship of RIBA. I challenge Tony Pidgley to tell us how he plans to ensure that locals get to enjoy the benefits, affordably, of his projects there. He says its quite simple really. I say it isn’t. He looks disconcerted. I get a laugh.

In the UK Government Stand I’m on a panel challenged by David Marks of Brockton Capital to explain ‘what went wrong’ when it comes to design and quality. My fellow panel members seem intent on suggestion that there is a false premise behind this question. However, emboldened by my lapel badge from the RIBA stand which asserts ‘Architects Save you Money’ I insist that there is wide misconc