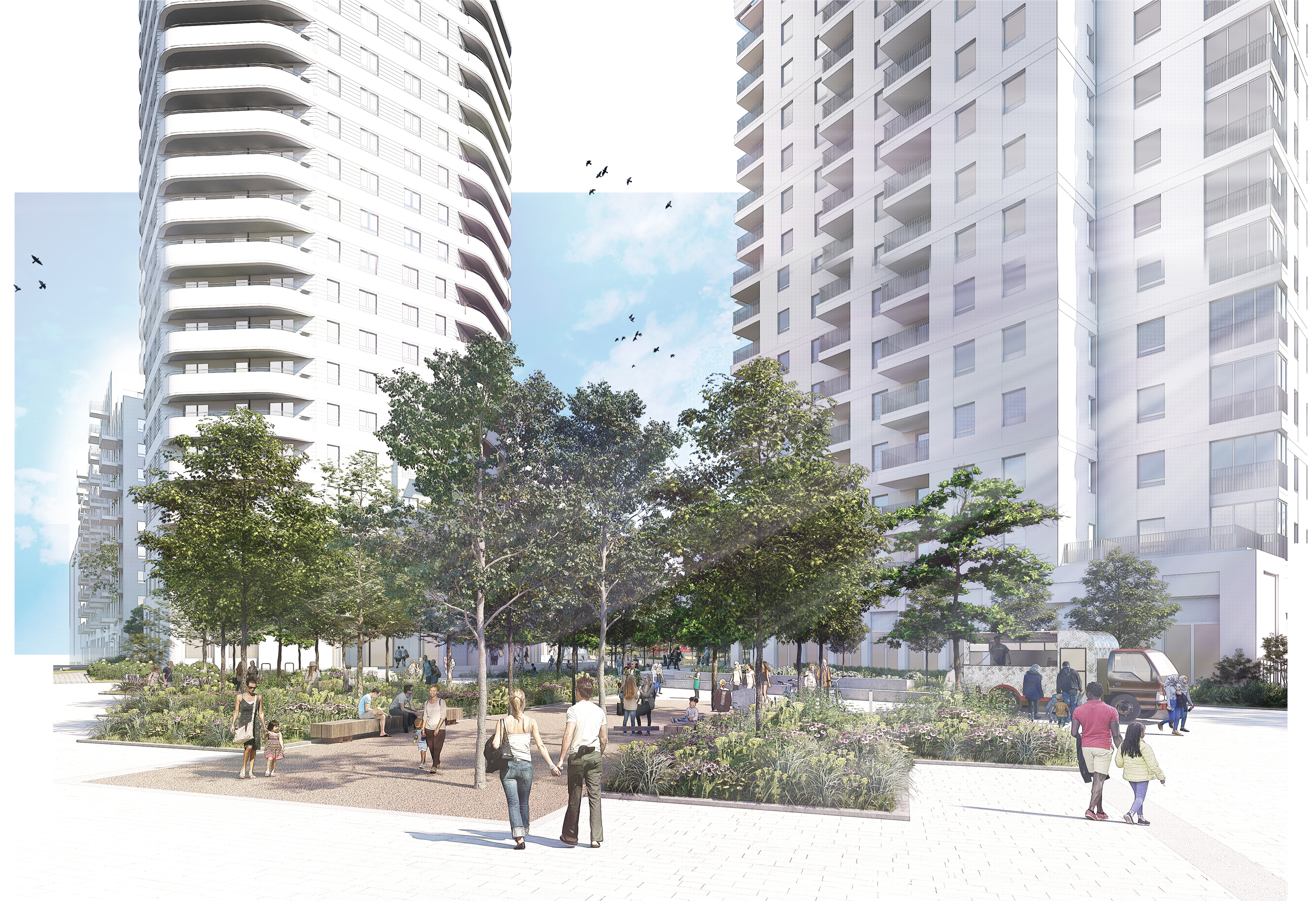 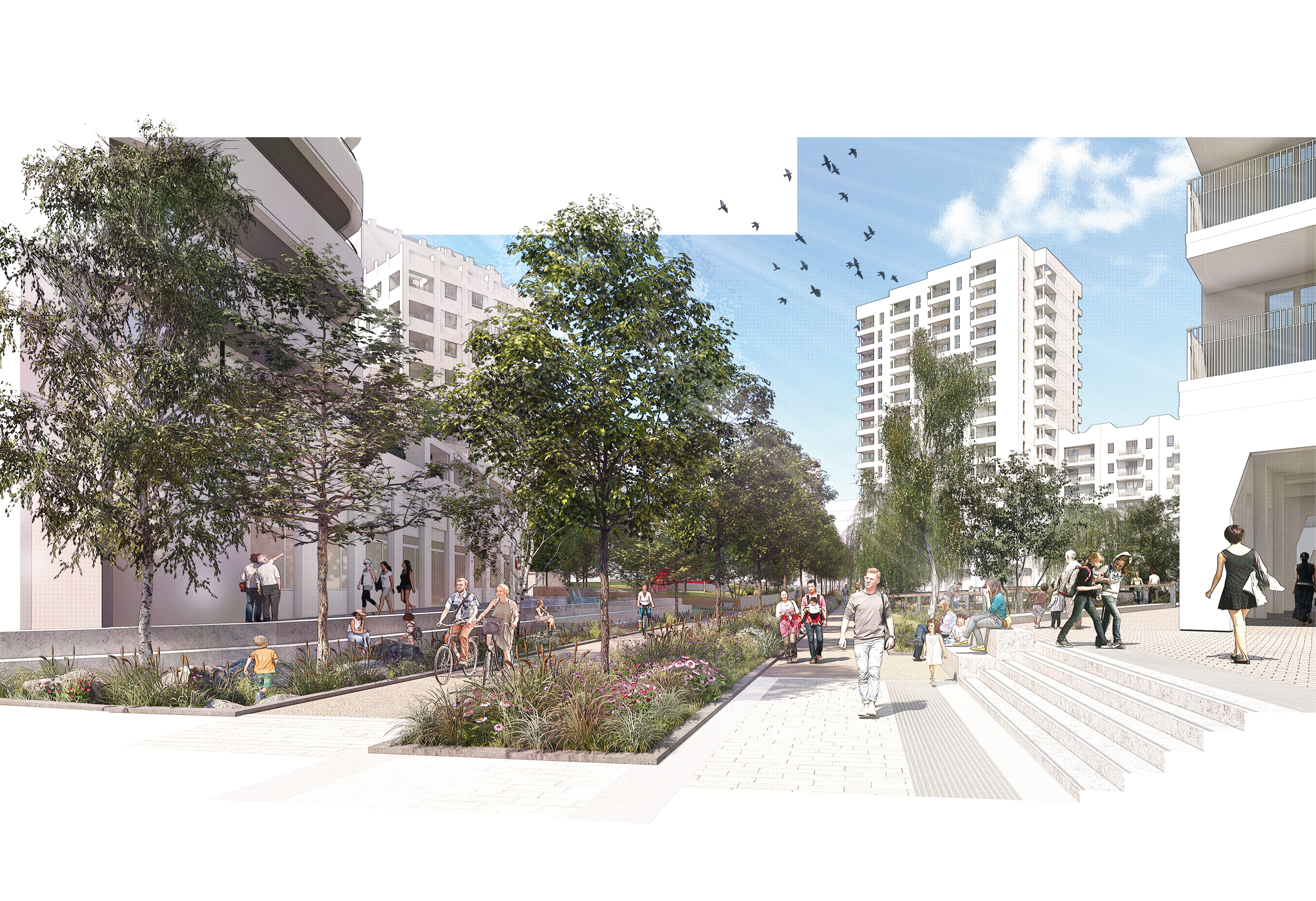 Peabody has revealed their plans for Dagenham Green masterplan for the now cleared 18ha brownfield site.

HTA was appointed by Peabody as landscape architects to create a new biodiverse neighbourhood, offering every resident access to natural greenspace on their doorstep. Over 10 acres of new public open space is to be delivered in the Masterplan, of which includes a new Urban Park of approximately 5 acres. A new Urban Park to the west of the Site will provide a destination for the wider community and a space to reconnect with nature where people of all age groups can exercise, play, relax and enjoy the outdoors.

The wilder development will also include a heritage trail throughout the public realm and representation in the buildings to honour the legacy of the Dagenham women who led the fight for equal pay through strikes in 1968 and 1984.

PPR, Pitman Tozer and Lyndon Goode will deliver for 935 homes as part of Peabody's wider proposals for the former Ford stamping plant in Dagenham.

Peobody’s development manager for the scheme Victoria McAdam said it had been ‘a privilege to work with a strong female-led design team on a site that was pivotal to the women’s rights movement and paved the way for the Equal Pay Act over 50 years ago’.

‘Our designs for Dagenham Green Phase 1 propose a leafy new neighbourhood offering a variety of attractive open spaces. These include the first section of the new Urban Park, a natural pond as the focal point, a playground inspired by the natural history of the site, as well as the bustling Market Square which will be the new gateway to Dagenham Dock Station.

At HTA we believe strongly in the importance of access to nature for communities, and we are excited to be part of a project that is prioritising healthy lifestyles with access to green space, recreation and play opportunities available to people of all ages, genders and abilities.’

Dagenham Green will become the urban heart of the new neighourhood, designed to connect existing locals and new residents.