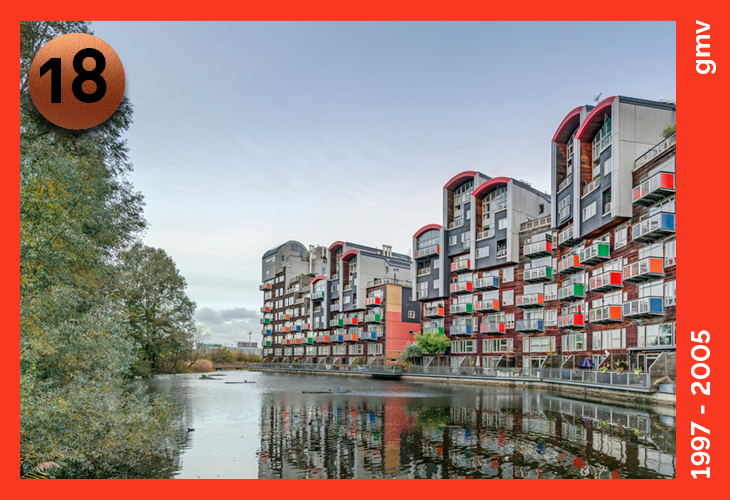 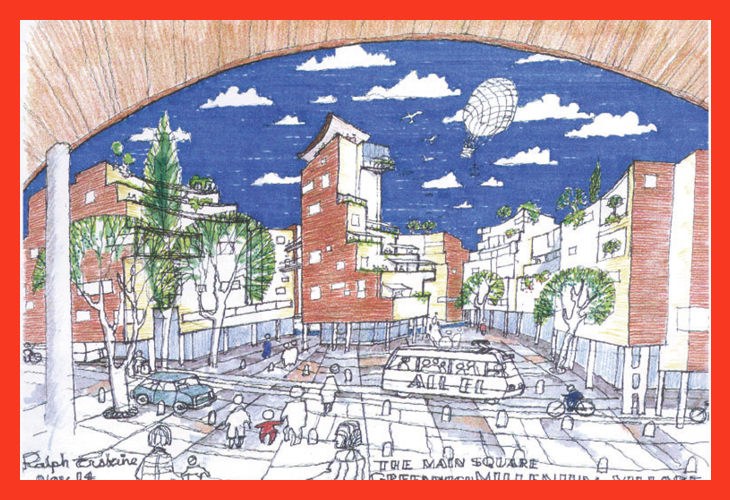 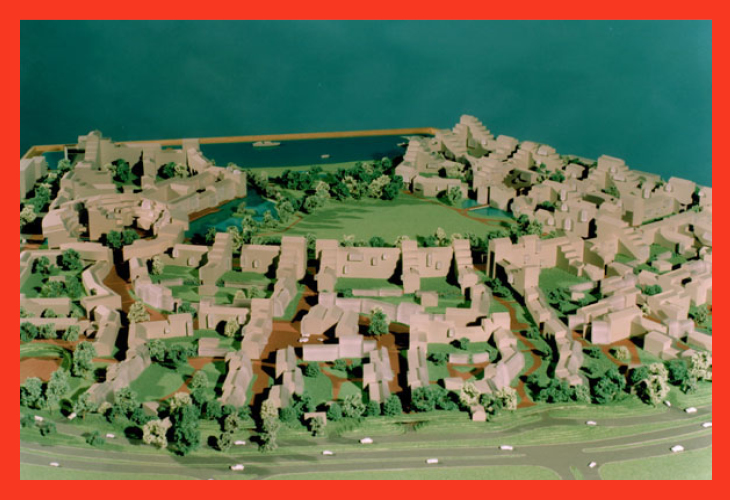 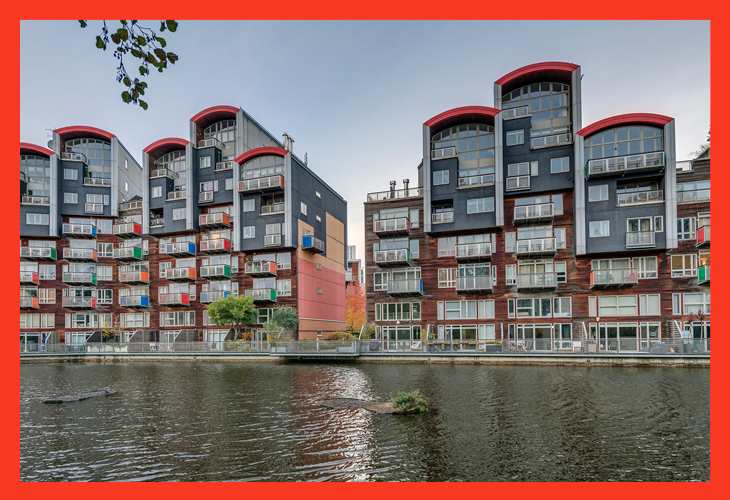 GMV was a vision for housing in the new millennium that described modern methods of construction, integrated technology and adaptability toward creating a sustainable community in a new place through collaborative multi-disciplinary design and construction on a brownfield site. Ambitious certainly but HTA considered that bringing innovative thinking to the making of places was important, and the site on the Greenwich Peninsula provided the perfect opportunity for a synthesis of experience and new thinking.

The approaching Millennium brought the idea for a showcase of innovative housing to be called 2000 Homes organised by the RIBA Housing Group under the Chairmanship of Bernard Hunt with several forward-thinking Housing Associations and Developers. It became a competition to create a sustainable community known as Greenwich Millennium Village after English Partnerships secured a former British Gas site in Greenwich as the first of four innovative urban villages across the country.

At HTA the project was led by Ben Derbyshire who assembled a team of housing associations, developers, engineers and Architects including the world renowned Ralph Erskine. As the team worked closely together the innovative ideas found expression on the drawing board and on CAD. Many of the ideas had developed from HTA’s experience and others had been nurtured for decades while some embraced new technology. Seeking an architecture that, in Erskine’s words, found poetry in the efficient use of scarce resources, toward fostering a community the design mixed urban public spaces and parks with high density housing and commercial uses. This included almost 1,400 homes, of which 20% were affordable, and 4,500m2 of other uses including a school, health centre, community centre, shops and workshops.

The homes were designed to exploit daylighting and passive heating with reduced use of resources in construction and use. They would be adaptable enabling an owner to turn a terrace into a bedroom, reconfigure the internal layout, expand to incorporate a neighbouring plot or the opposite, reduce the overall size of the home as needs changed enabling the residents to remain part of their community over the long term.  Proximity to amenities and open space would give the new place a centre and make the most of the riverside location. To improve its sustainability the scheme proposed target reductions of 80% energy use, 30% water use, 30% cost and 25% construction programme, with 80% of the materials recyclable, zero defects and zero carbon. Management efficiencies would be found through keeping all the building information digitally and using an electronic system to record and manage maintenance. All the homes would be connected to local travel information exploiting the innovations of the internet.

The product of inspiration and experience the proposed design offered a degree of innovation and sophistication that exceeded the high ambitions for the project. With the announcement of the team’s success in February 1998 the Deputy Prime Minister described the scheme as “an imaginative response to create a sustainable urban environment which can show the way construction can work in the future,” hailing it as of the “highest quality architectural design.”