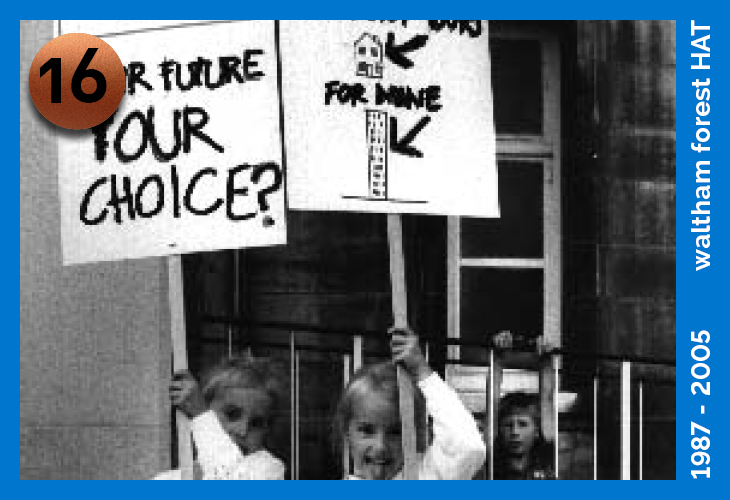 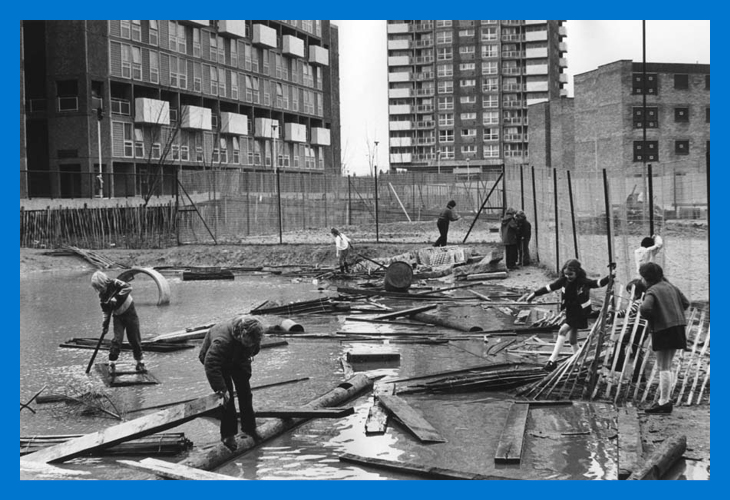 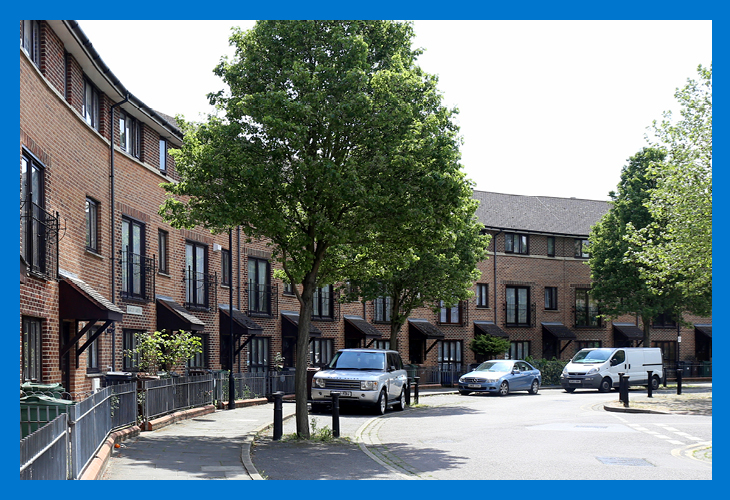 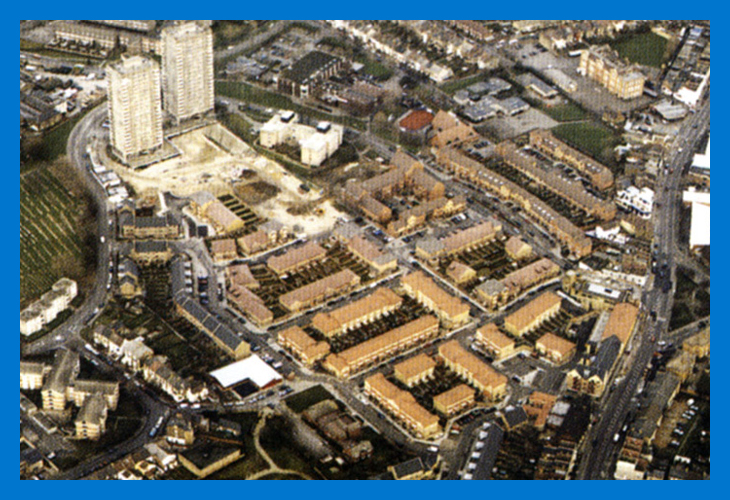 A truly enormous project for the London Borough of Waltham Forest that took resident engagement to the scale of entire housing estates numbering thousands of people with the aim of creating better places to live and more sustainable communities.

Beginning with a feasibility study for the borough that established a strong working relationship with Director of Development Stephanie Al-Wahid from 1987 it was found after contacting 80% of the residents 90% supported complete redevelopment. The estates of Cathall Road, Chingford Hall and Oliver Close were only 20 years old but the concrete panel systems used in their construction had developed structural problems, and there were social problems linked to high unemployment, crime and a high incidence of housing benefit claims that had resulted in overwhelming maintenance and management challenges.

The great scale of the project was ambitious and only possible through funding from central government through the revised HAT programme where the Department of the Environment established a non-departmental Housing Action Trust (HAT) as a public body to fund and manage the regeneration. For a fixed time period the HAT took over the local authority housing estates being managed by a board of stakeholder representatives that included residents. Regeneration involved extensive repair, the replacement of failing housing stock and the management of the estate anticipating either its return to local authority control or takeover by a Housing Association. The assessment process was rigorous requiring architectural and financial feasibility studies, a ballot of residents and ultimately, following a final debate in the House of Lords, a Statutory Instrument to establish the HAT, The Waltham Forest Housing ActionTrust (Area and Constitution) Order 1991.

Following initial resident consultations carried out during preparation of the feasibility studies the process of radical architectural change would be shaped in detail by the residents and the HAT sharing the joint aim to create and maintain better places to live. In essence the design replaced isolated modernist high density, high rise housing in open space with traditional extensive low rise, medium density streets.

At each estate detailed analysis of demographics, connectivity and use was carried out to identify what was important to get to the essential ideas of change that would inform the layout of the new streets, the size of houses and relationships to surrounding streets and patterns of life. The ordinary, everyday needs were identified and the best means to enable them considered then incorporated into the design.

The scale of the challenge demanded a rolling programme of works that would introduce the new homes and streets piece by piece as quickly as possible. At the Cathall Road Estate the earlier terraced streets had been replaced between 1968 and 1972 but quickly began to decline. Repair of the structural panel system was uneconomic and after a lengthy consultation the 1992 planning application proposed replacement after demolishing the snaking slab blocks in phases then the cleared land receiving the reinstated streets. The strategy enabled many of the residents that wanted to stay. While the number of units would fall from 850 to 527 the new houses and flats would be of a scale that fitted the surrounding streets making the rebuilt estate part of its surroundings rather than separated from it. The scheme also proposed on-street parking instead of undercroft parking, two community centres, a care home, open spaces and shops to establish a diverse uses for a sustainable community in four phases over the course of 8 years with the first phase covering open space enabling the first residents to move and their crumbling buildings demolished to make way for the next phase.

A similar approach was proposed for the Chingford Hall Estate where open space was built on for the first phase allowing slab blocks to be demolished and replaced in phase two, then tower blocks demolished and replaced and so on until completion leaving one tower amid a series of 2 and 3 storey streets. At the Oliver Close Estate four tower blocks were replaced with streets of houses, front gardens and trees and one tower refurbished providing hundreds of units  on completion. As the construction stages approached the next degree of engagement was with the main contractor to ensure the relationships built during the design stages were maintained and strengthened as the team expanded to ensure the best outcomes for residents.

Engaging with the residents of the estates was key to the success of the redevelopments. HTA grew in size with one or two of the new people joining in the early  stages of the project still at the practice today. CAD was used with significant investment in the technology that enabled the scale of the kitchen table to readily be considered alongside the scale of the house, the street and the masterplan. It remains the largest group of projects undertaken by the practice with the final planning applications for residual sites submitted in 2005.