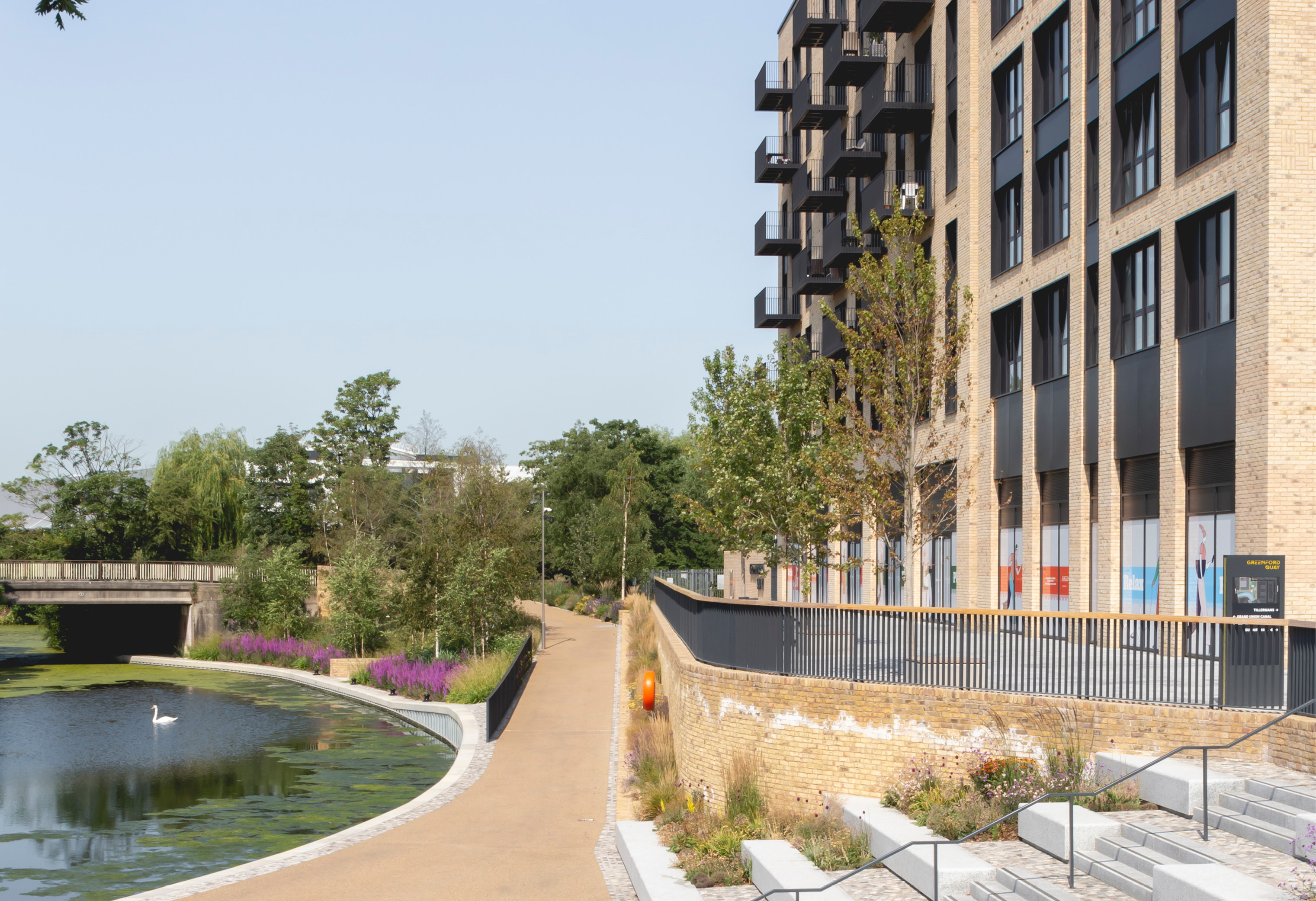 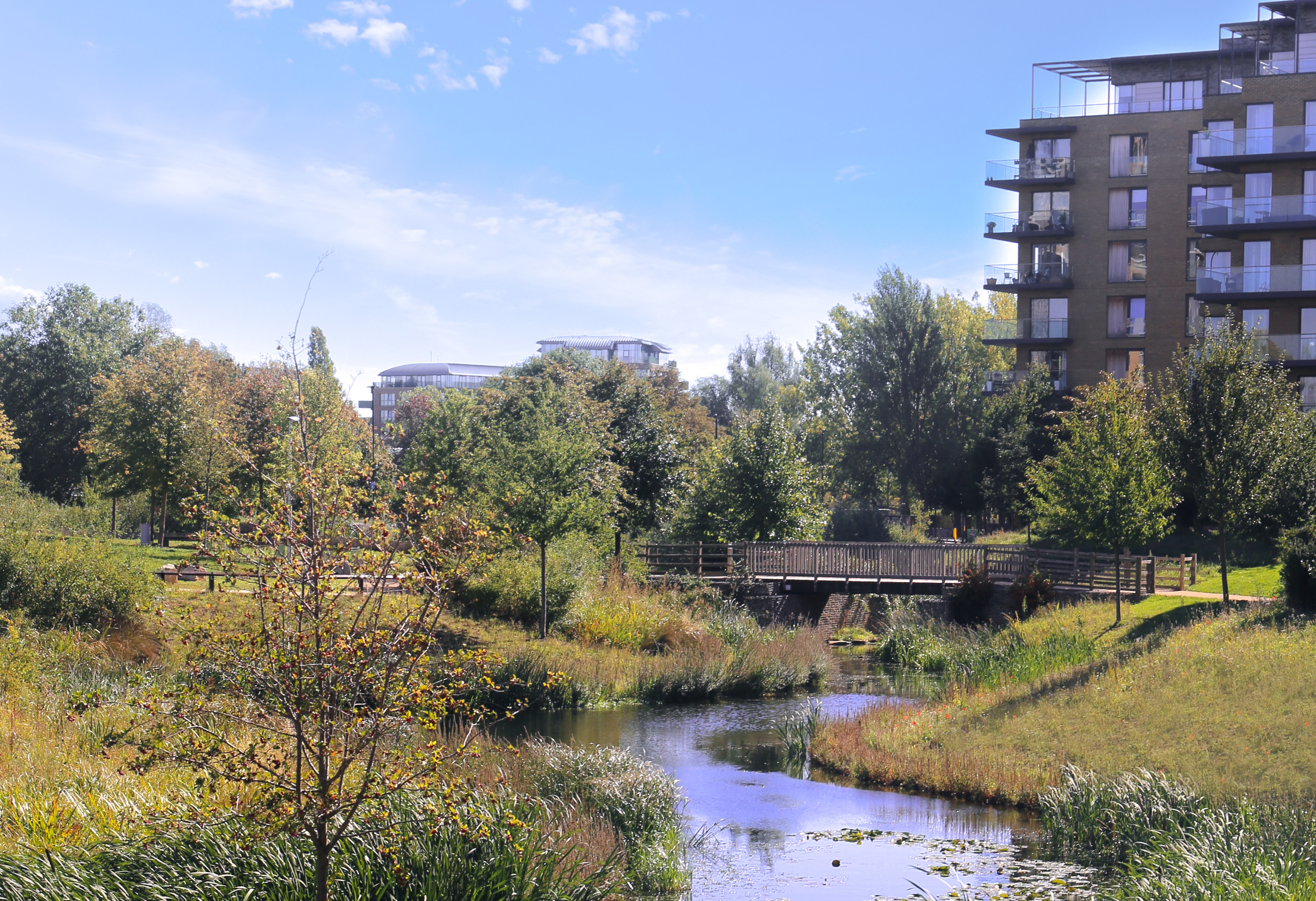 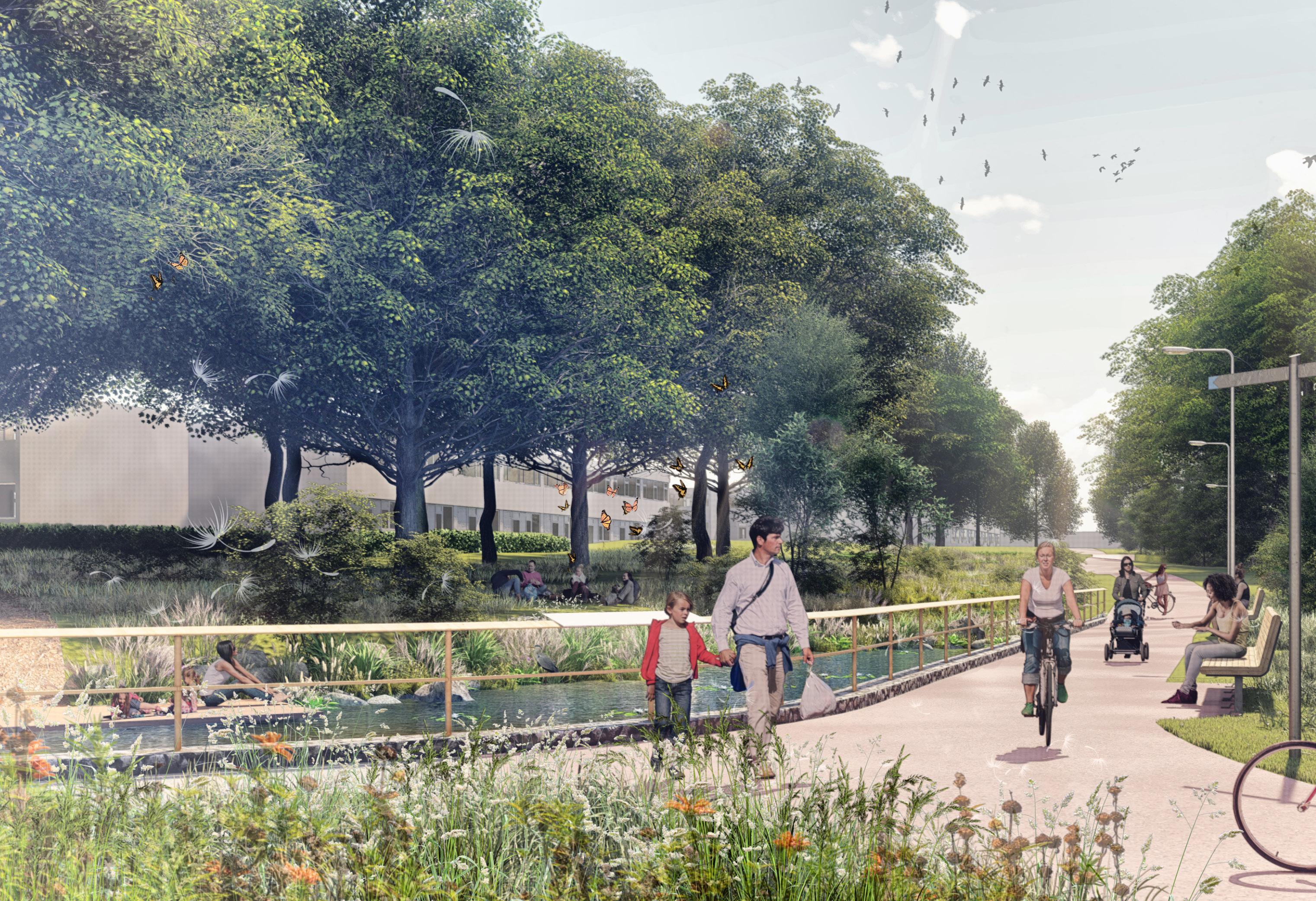 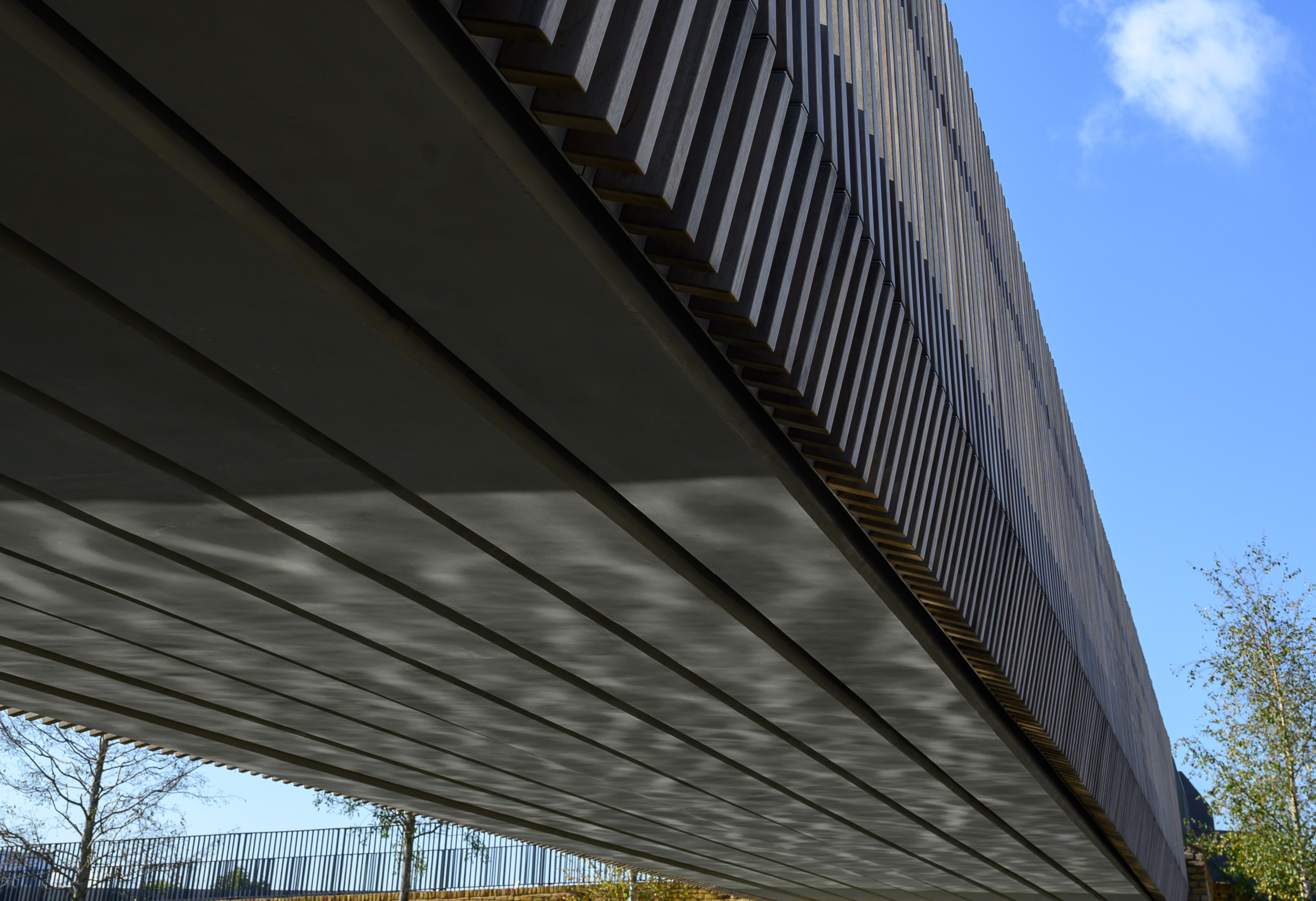 We are thrilled to have 3 projects shortlisted in 4 Landscape Institute Awards!

Greenford Quay has transformed formerly private derelict industrial land adjacent to the historic Grand Union Canal into a vibrant mixed-use neighbourhood with public realm at its heart. In opening up this site, new pedestrian and cycle links have been established to the wider green infrastructure network and the canalside wildlife corridors restored.

Seven new residential blocks will provide total of 1,965 new homes, of which a substantial 75% will be Build-to-Rent and 590 affordable homes, all set within a network of green spaces. HTA has focused on creating sociable spaces that will support building sustainable and vibrant communities as the new neighbourhood comes into being. The public realm drives activation through a curated programme of events throughout the year; outdoor cinema, food stalls, retail and residential moorings on the Grand Union Canal.

HTA’s design forges new connections to the local blue and green infrastructure network with the installation of a new pedestrian and cycle bridge across the canal linking Greenford Quay to nearby local parks and amenities such as Horsendon Hill and the station encouraging sustainable transport and active lifestyles.

The Lakes Estate is located at the southernmost end of Milton Keynes, on the outskirts of Bletchley. It was planned according to the functionalist Radburn system as a ’Town for the Motor Age’ and completed in 1975 to house the projected population increase from London. Less than fifty years after completion the Lakes Estate ranked in the top 10 most deprived areas in England for crime, income and health deprivation according to the Index of Multiple Deprivation (IMD 2015).

Conversely, the Estate is in the top ten least deprived for open space. The `Town for the Motor Age` is no longer serving its community in the 21st century and the urban principles of the Radburn System have contributed to a place that lacks prosperity, pride, or opportunities for healthy and happy lifestyles.

HTA Landscape were appointed as Lead Landscape Architect in 2017 as part of a multidisciplinary team to develop a landscape-led regeneration strategy for the Lakes Estate, from feasibility to completion. After extensive consultation with residents and various stakeholders the brief was defined to include complete regeneration of the local centre (Serpentine Court), re-design of the existing Warren Park as a new neighbourhood park, four new development sites for re-settlement, and wider improvements to the existing streets, courts and green spaces.

HTA’s redesign of 8.1 ha Cator Park in Kidbrooke Village opened to the public last year. Working in collaboration with the London Wildlife Trust, the scheme returns nature to the city and challenges the perception that urban brownfield development cannot contribute to the wider ecological and biodiversity network whilst creating successful spaces for the community.

In 2016 Berkeley carried out a survey of the community in Kidbrooke to understand how residents experience the place. Whilst the majority responded that they had moved to Kidbrooke because of the ease of access to greenspace, 65% said they only walk through and do not stop and only 8% said they use Cator park for activities to include exercise, play and picnics.

In addition to the above feedback Berkeley at the time were keen to test the company’s newly developed Net Biodiversity Gain toolkit on a large regeneration project.

The scheme is a bespoke designed rental project and the largest new Build-to-Rent development in the UK. The client, Greystar, understood the great importance of landscape and the role it plays in transforming identity and creating an immediate sense of place; unlocking complex problems, driving economic values and creating communities.