Kings Hill Area 1, Phase 3 is comprised of 132 new dwellings ranging in scale from 2 bedroom apartments up to 5 bedroom houses. The wider Kings Hill area is a mixed use development with over 2000 homes, commercial and retail space. It is situated on the site of the former RAF Kings Hill airfield, which has been developed over the last 25 years, and is noted for its rich, landscape led design. Our project is to be the first area of the next phase of the development which was won through a design competition, on behalf of Countryside Properties, in 2016. The site itself sits in proximity to the entrance of Kings Hill, which is bounded by roads on three sides and a protected ancient woodland to the east. To the west is the main dual carriageway route in to Kings Hill. Feature apartment buildings are to be placed along the length of this road, these will be carefully located at breaks in the heavily landscaped buffer, which will gradually reveal the development as traffic heads south to where the site is accessed by vehicles.

The layout is centred around a new landscaped square situated at the heart of the site and connected, by a landscaped pedestrian link, to the expansive new linear park proposed to the south of the site, currently being delivered. This green square provides both an active and visual amenity space, incorporating children’s play equipment whilst also providing a departure from the previous phases of Kings Hill which are characterised by more organic compositions. The square instead provides a formal set piece to the development, giving the layout a strong sense of legibility and identity. Four apartment buildings act as gatehouses at the southern entrance to the site, lining the road which leads to the square where the higher density three storey townhouses are located. The scale of the houses gradually reduce as the roads disperse from the green, however, larger three storey units are still used to terminate key vistas elsewhere on the site. The backdrop of the development is an ancient woodland with large houses located along the eastern boundary of the development. These houses are heavily fenestrated on their side elevations, including bay windows to benefit from the views out over the woodland.

As well as a more formal urban design, the scheme also provides a departure from earlier phases of Kings Hill by adopting a more contemporary architectural language, albeit one that still fits comfortably within its context. Extensive analysis of the conservation area in the nearby village of West Malling was undertaken and a contemporary interpretation of the predominantly brick Georgian architecture was proposed with large windows and crisp minimal detailing, which was lifted and invigorated by extensive brick detailing referencing that found in the local vernacular.

Being a location where car ownership and use is very high, accommodating the car successfully into the streetscape of the design was a key consideration early on in the design process. Generally, cars are kept away from the street scene and parking is instead integrated into houses or to the side of plots behind the building line. Visitor parking is combined with the landscape and a new bus connection has been incorporated into the design. 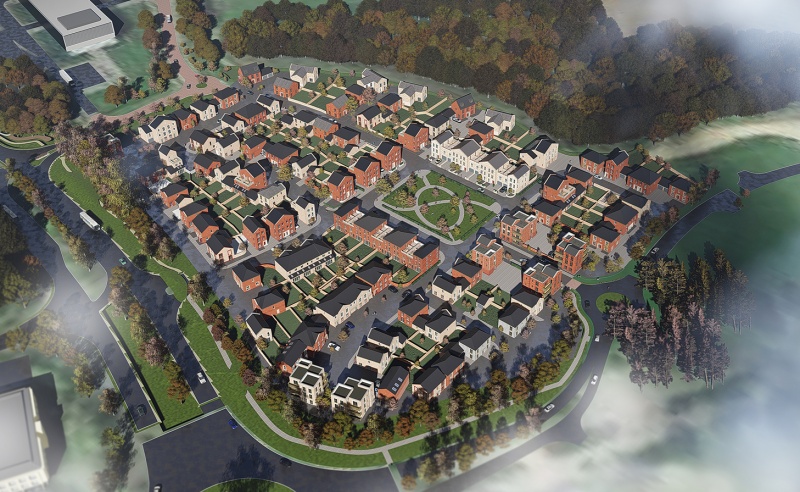 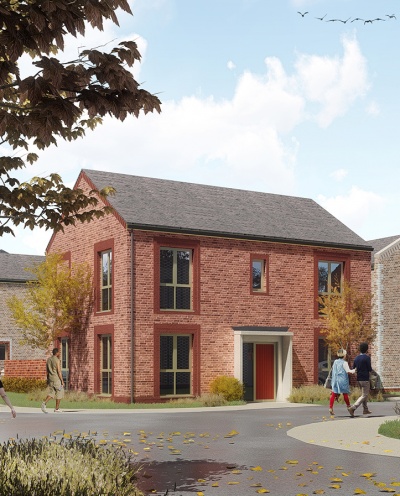 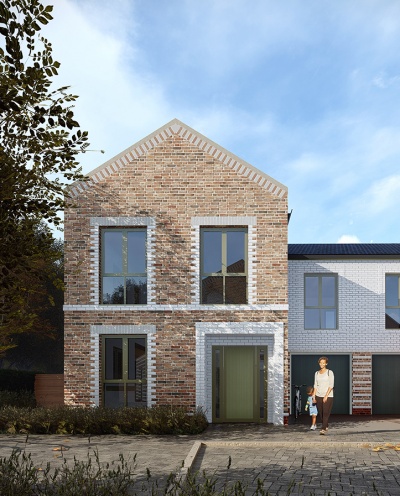 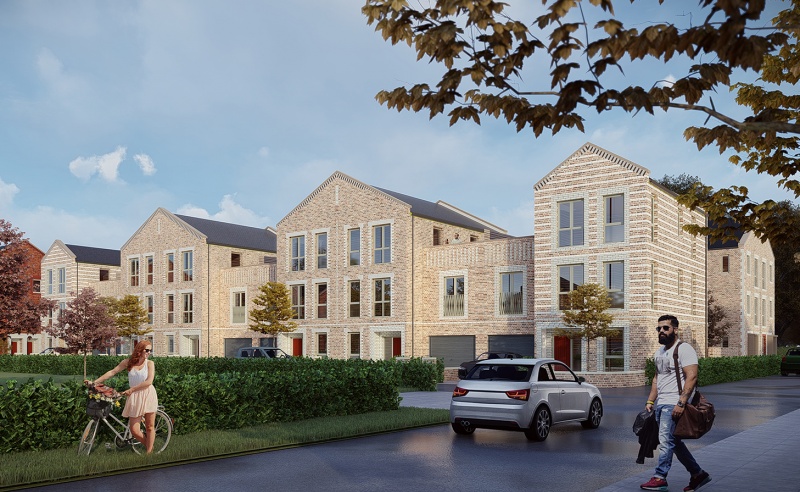