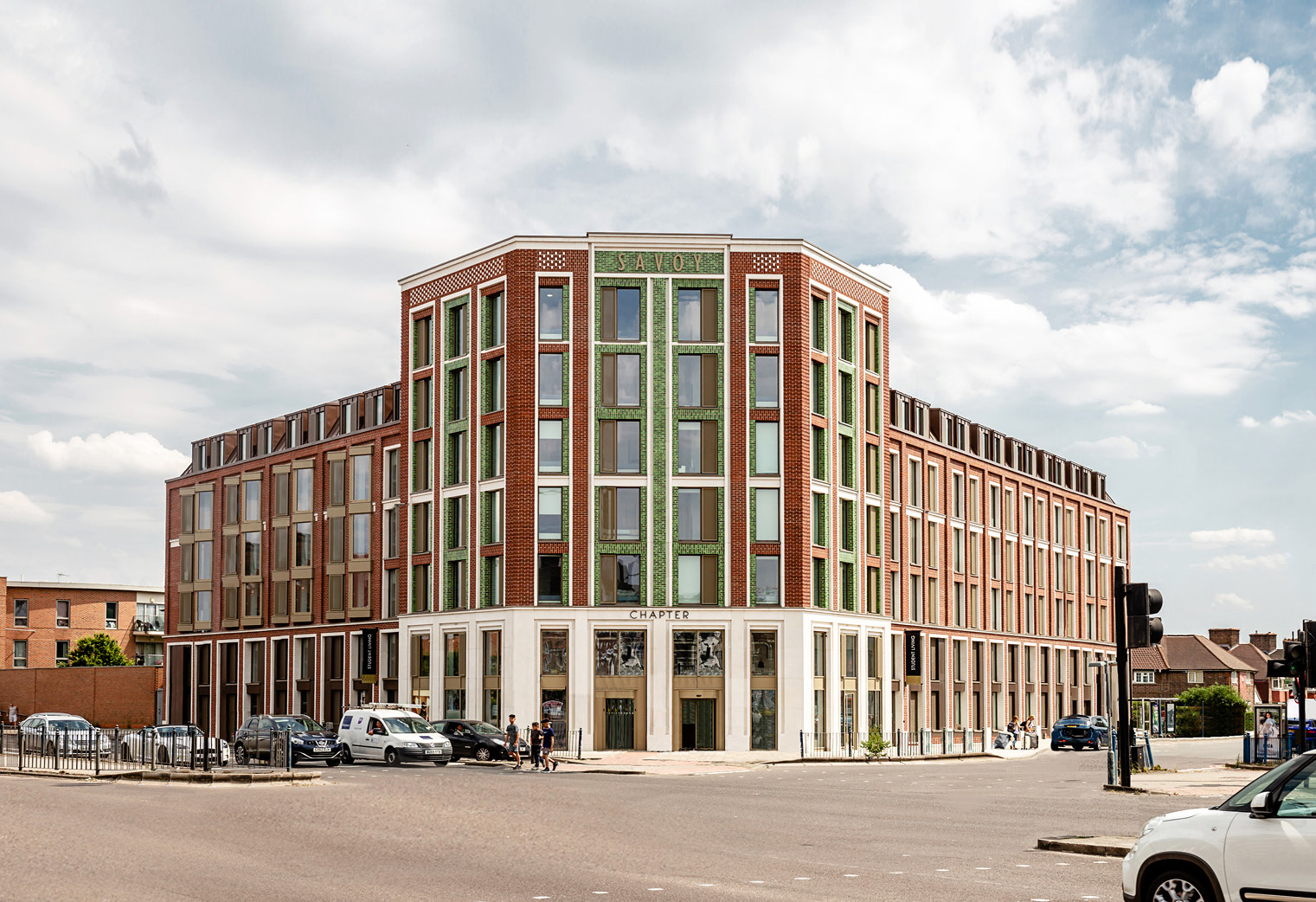 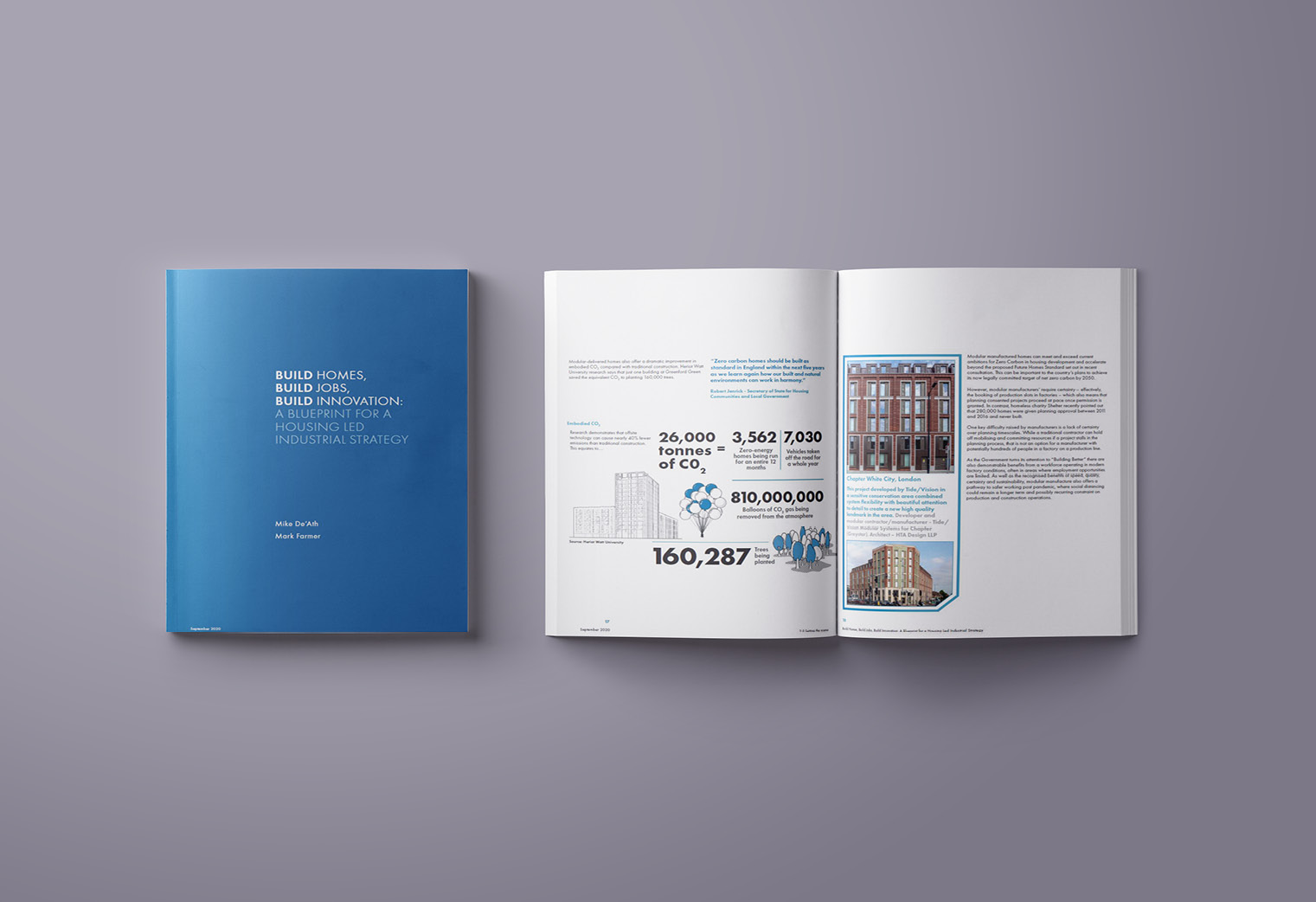 A new report has called on the Government and the housing industry to work together, to make the modular construction of homes the driving force for delivering the Government’s ‘build, build, build’ agenda to alleviate the UK’s housing crisis.

The proposed digitisation, pattern book and design code agendas set out in the recent planning white paper will give high quality modular construction its chance to become an increasingly viable and mainstream form of construction.

The benefits to UK plc would be tremendous.

Build Homes sets out how boosting the modular housing sector will help solve a number of the UK’s long-term structural challenges, including: the slow pace of housing supply, low productivity, unattractive and poor quality new-build homes, and the UK’s high carbon footprint.

Building modular homes is quicker, safer, more reliable and more environmentally friendly than traditional housing construction methods. In the current context, modular’s use of off-site factories means construction can continue, even during lockdowns and with social distancing measures in place.

The report has been co-authored by Mike De’Ath, partner at HTA Design, one of the UK’s leading housing architects with a track record of over 6000 dwellings of modular homes, including the world’s tallest modular residential building in Croydon, and Mark Farmer, founder and CEO of Cast Consultancy, who is the housing minister’s MMC champion for homebuilding and author of Modernise or Die, the seminal paper on the future of the construction industry.

They argue that with support from the Government, the industry has the capacity to produce up to 75,000 high quality, well-designed new homes per year by 2030. This in turn would create up to 50,000 new jobs.

Meanwhile, the benefits to the environment would be enormous, with research by HTA Design and Herriot Watt University finding that modular construction on a new residential building in West London* reduced carbon emissions by 40% compared to traditional construction methods.

What the industry needs from Government, De’Ath and Farmer argue, is support at a number of levels. The most fundamental of these are:

Mike De’Ath, partner at HTA Design, said: “Our experience of designing modular manufactured housing over the past decade demonstrates the huge benefits to housing delivery. New modular homes outperform traditional new homes in nearly every area, not least the quality of build and speed possible through innovation.

“Our ambition for 75,000 new, beautifully designed, modular homes is realistic and achievable, so our ask of government therefore is simple: help us stimulate and then galvanise the demand for modular homebuilding. With this help, a sustained long-term pipeline can underpin investment in manufacturing to deliver the quality homes we need while creating the jobs we want.”

Mark Farmer, CEO of Cast Consultancy, said: “We have come a long way since I published ‘Modernise or Die’ in 2016, but the country still needs to build more homes, quickly. Modular manufacturing is the single biggest gamechanger when it comes to building more homes.

“Government support and investment into the modular construction of homes will deliver the UK Industrial Strategy’s skills, productivity, technology and carbon reduction objectives. Increasing modular delivery into the market will also enable a new generation of innovators from SME’s to large UK and international businesses investing and operating in the UK, offering more choice to home buyers and renters.”

*Research by Herriot Watt University and HTA Design on its Greenford Quay project in West London, found that just one building built through modular construction produced 40% fewer emissions at 26,000 tonnes of CO2 saved. This is the equivalent to 7,030 vehicles taken off the road for a whole year or planting over 160,000 trees.